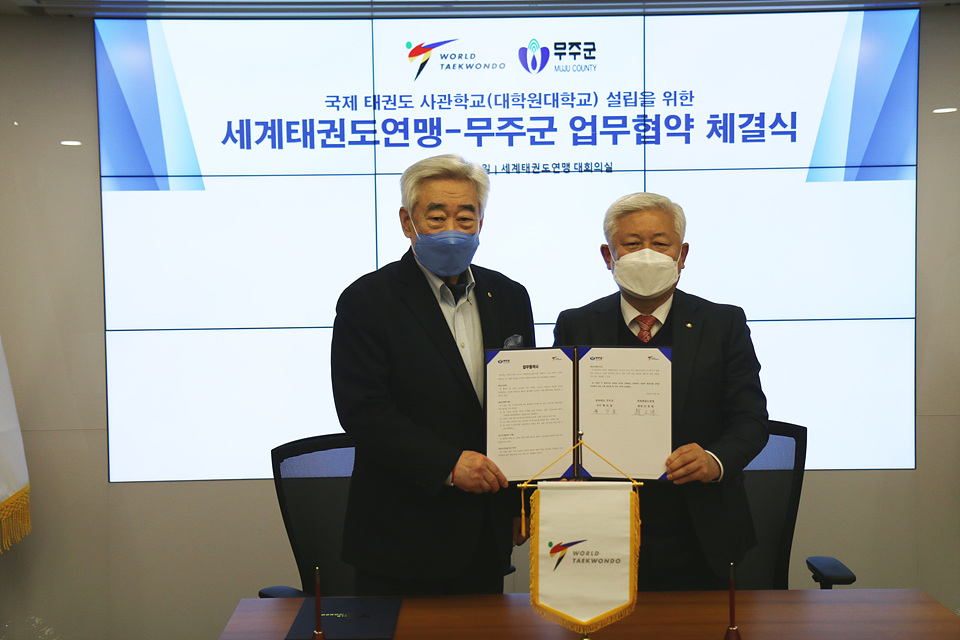 SEOUL, Korea (February 4, 2021) - World Taekwondo and Muju County, Korea, today signed a Memorandum of Understanding (MoU) which will see the creation of an International Taekwondo Academy and the broader promotion of taekwondo.

Under the MoU, World Taekwondo and Muju County will plan to:

•   cooperate with each other in promoting taekwondo events and special projects.

"I feel like I have gained tremendous support. We expect the status and strength of World Taekwondo which has 210 member national countries around the world, to play an important role in accelerating the establishment of the International Taekwondo Academy.”

Hwang announced that he plans to continue active actions such as "composing a promotion committee and advisory committee for the establishment of an academy and proposing related policies to the government and political circles." 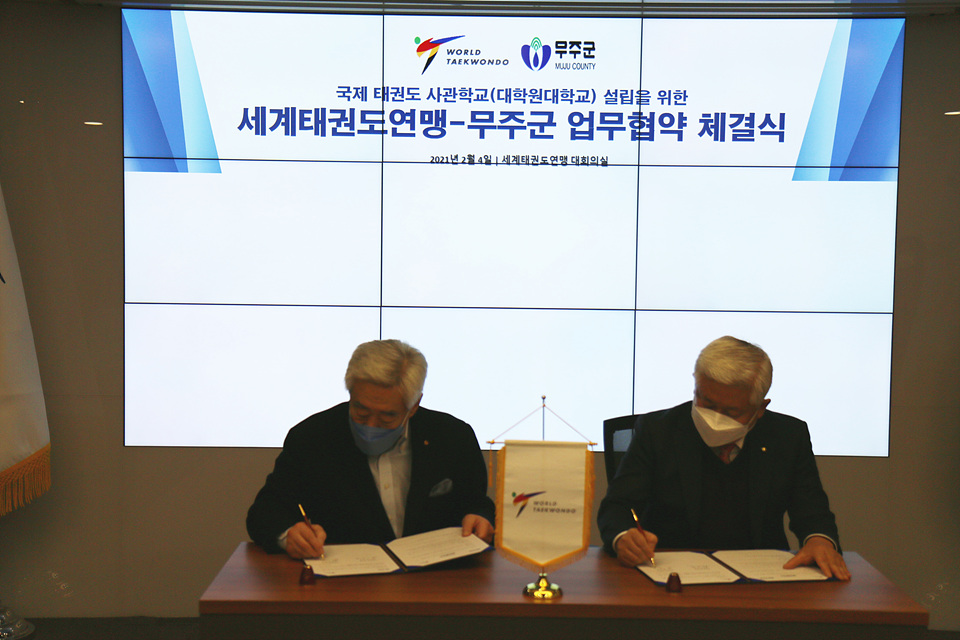