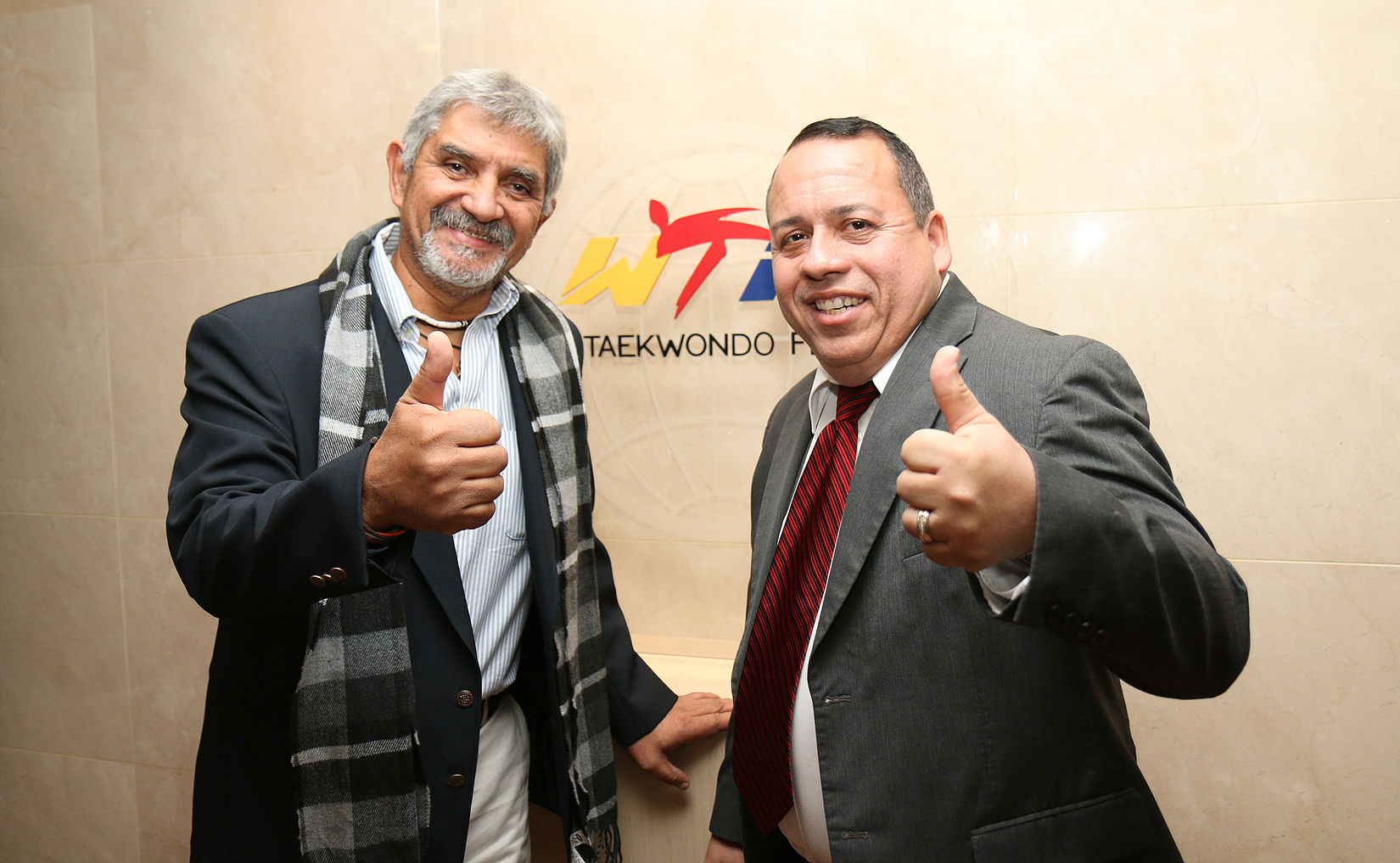 On a recent mission to Korea, Puerto Rico Taekwondo Federation President Louis Arroyo and Federation General Manager Tony Avecedo sought to build links with taekwondo academia on the sport's home turf, and lay the groundwork for a stronger poomsae squad. Their strategy to upgrade the sport in the U.S. Territory is based on establishing an academic program that will become the Caribbean’s hub for taekwondo excellence.

Prior to establishing taekwondo as an option at Central University of Puerto Rico, Arroyo and Avecedo are in discussions with Korea’s most famous institutes of higher learning for taekwondo – Kyunghee University, Yongin University and the National Sport University - to consult on curriculum development and faculty hire.

“We hope we will be able to hire young people who want to establish a new program,” he said. “Sometimes you have ‘old dogs’ and they expect more than we can give, but young people like to train hard and do new things.” He joked, “In Puerto Rico, we do not have any Korean masters - so they can marry a Puerto Rican girl and stay!”

Then there is the issue of the poomsae upgrade. “We look forward to have an exchange of professors to go to Puerto Rico and develop poomsae,” said Arroyo during a visit to the WTF offices. “We are very familiar with kyorugi techniques and coaches, our problem is we do not have so many millions of people and poomse was not an official event, so we have the problem that we did not have any funding for this program,” he continued. "But now the WTF has appointed poomsae for the Pan Ams in Lima in 2019 – the first time at a continental tournament - and that opens a window for funding from the Puerto Rico National Olympic Committee.”

To bring his squad up to scratch, Arroyo insists on having a Korean coach. “We are looking to hire a poomsae instructor from Korea and set up a team - well, we have a team already, but we need to upgrade it,” he said. “We can go to the Olympic committee and say we are prepping for 2019 so that we can have funding; this will start this year.”