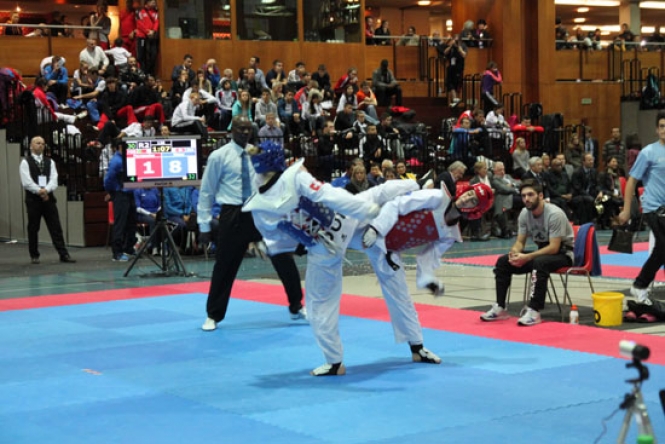 The World Taekwondo Federation (WTF) staged its latest successful international tournament this weekend as 240 athletes from 45 different countries around the globe gathered in the Olympic capital, Lausanne, for the Swiss Open 2012.

The WTF worked closely with the Local Organizing Committee from the Swiss Taekwondo Federation to attract a number of Olympians and other VIP Olympic family guests over two days of world-class competition.

President of the WTF, Dr. Chungwon Choue, commented: “It was fantastic to be able to hold the Swiss Open at the home of the Olympic Movement so soon after the London Games. It would have been easy for us to take a rest after the success of this summer’s Olympic taekwondo, but the Swiss Open proves that the WTF is constantly looking to develop and innovate. There was a lot of passion and drive on the mats this weekend, and the same is true throughout the global taekwondo family.”

The WTF Secretary General, Jean-Marie Ayer, added: “The tournament was another huge success for the WTF. The 32 medals were shared by 16 nations. This is another demonstration that taekwondo is a truly global sport with a global appeal. You do not have to be from a country near the top of the Olympic medal table to become a star in taekwondo – that is truly motivating for athletes, and really exciting for fans. After the success of this year’s edition, we will stage another Swiss Open in June 2013. Hopefully, we will see even more athletes from even more nations competing.”