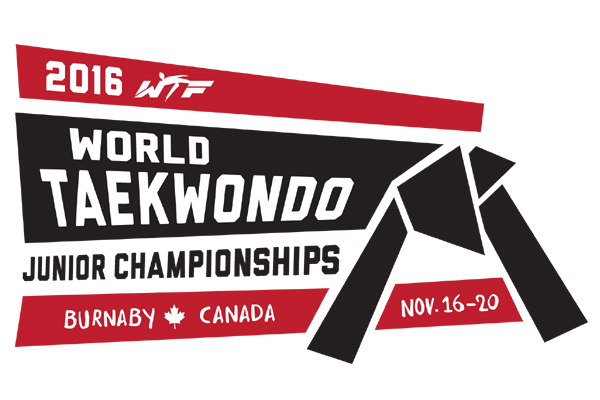 On November 15, the WTF General Assembly will discuss and approve the amendments to the WTF Competition Rules, which are focused on ensuring the sport is as exciting and dynamic as possible while maintaining its technical traditions, and amendments to the WTF Statutes. The WTF General Assembly will also receive a progress report on the preparations for the 2017 World Taekwondo Championships, Muju.

The World Taekwondo Junior Championships will take place at the Bill Copeland Sports Centre on November 16-20, 2016 and attract a total of 846 young athletes from 101 countries reflecting taekwondo’s growing global appeal. The opening and closing ceremonies of the Championships and the semi-final and final will be live streamed to taekwondo’s global audience through the WTF website and WTF YouTube Channel.

“We have a very busy but exciting week ahead in Burnaby. We have received many excellent applications from world-class cities around the world and I have no doubt the cities that are chosen by the Council will host fantastic events between 2017 and 2021. The fact we are able to select hosts for events five years away shows just how popular taekwondo is worldwide and how much interest there is in hosting taekwondo events.

“I look forward to sharing the Council’s selection with the General Assembly and bringing together our 206 Member National Associations to discuss how we can move taekwondo forward in the years ahead. The World Taekwondo Junior Championships, with the participation of more than 102 countries, shows just how bright taekwondo’s future is. At the WTF we are committed to doing everything we can to improve and fulfill our sport’s global potential.”

The WTF has made an increased commitment to developing communication and consultation with its member national associations and this will be further demonstrated on November 13 when the WTF hosts the WTF Member National Association (MNA) Leadership Workshop for the first time. The workshop will promote enhanced communication between the WTF and MNAs and provide guidance of the WTF’s business plan.

To see photos of past Junior Championships, Click here