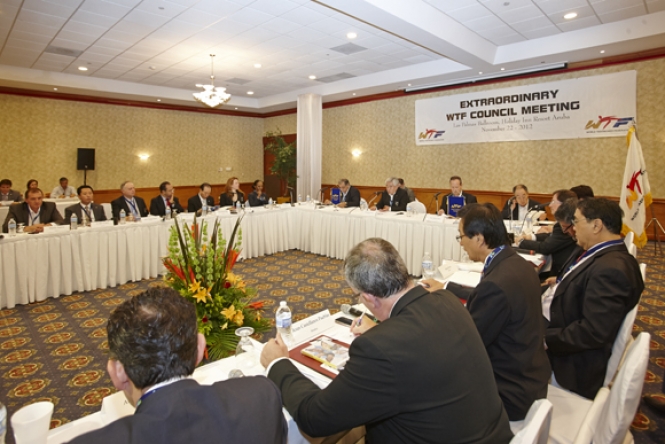 The appointment, which took place at today’s WTF Council meeting in Santa Cruz, Aruba, is indicative of the Federation’s commitment to gender equality. The WTF now has six female National Federation presidents and 23 female secretaries general. The WTF aims to encourage and support its MNAs around the world to promote the role of women and young people in sport.

“It is a great honor for me to make this announcement – the World Taekwondo Federation is delighted to have Aïcha on board. She will be an instrumental member of the Council, offering knowledge from her extensive experience in sporting commissions and the Olympic Movement. Aïcha’s passion for youth and education was one of the fundamental reasons for her appointment – we are thrilled to have another member so enthusiastic about this area of development. It is also always important for the Council to reflect the universal nature of taekwondo – which appeals equally to men and women in all five Olympic continents.”

“It is a great pleasure to be appointed a World Taekwondo Federation Council member. I am very excited to be part of the taekwondo family and to be able to contribute my experience in the Olympic Movement, particularly as an African woman.

“I have already been working towards the set-up of the official national taekwondo association in Djibouti. Taekwondo activities have been going on for years in East Africa and I want to expand further and develop the sport in this important part of the world. Taekwondo is now the second most popular sport in Africa, after football; it is a powerful vehicle for social development.”

The 3rd World Para-Taekwondo Championships were held in Santa Cruz, before the 2012 World Cup Taekwondo Team Championships get underway from November 23-25.