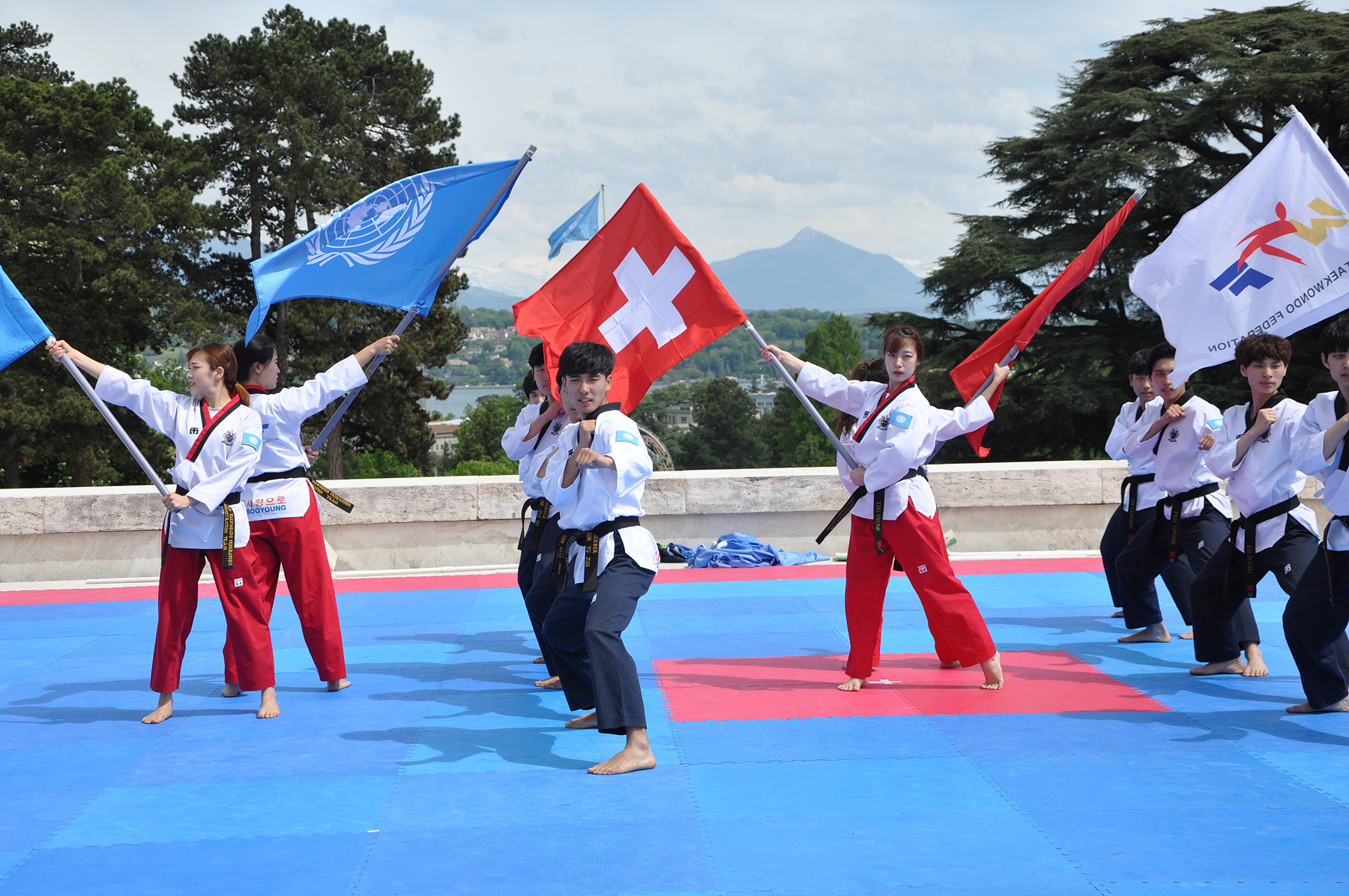 GENEVA, Switzerland (May 18, 2016) – Staff from the United Nations Office at Geneva (UNOG) and members of the international community were today given a unique opportunity to witness a gravity-defying performance of top-tier taekwondo and a chance to participate in a “crash course” in the martial art. 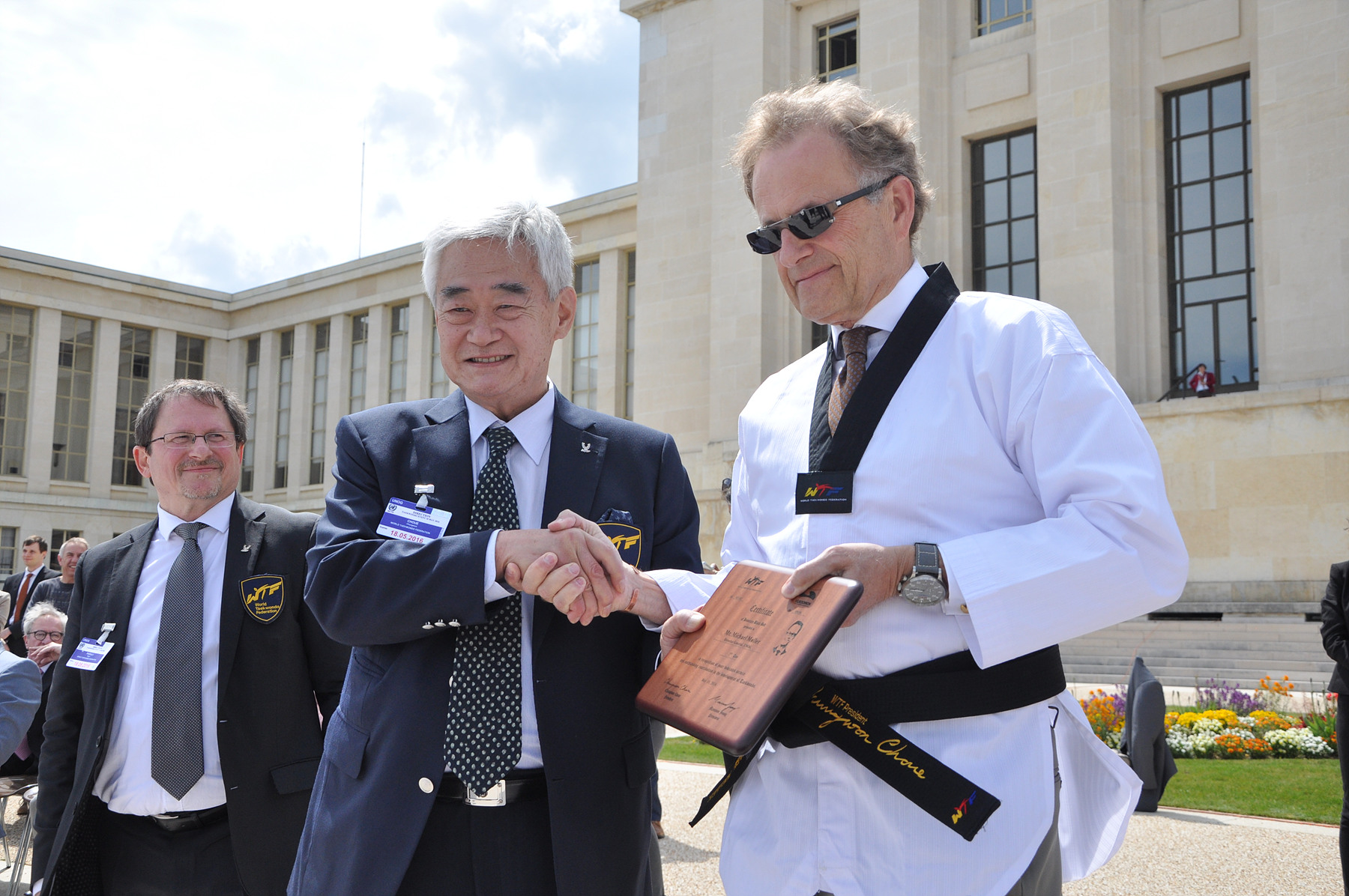 “Sports can play an important role in our collective efforts to meet the Sustainable Development Goals, our collective roadmap for action,” stated Mr. Møller. “The World Taekwondo Federation is doing its part by using taekwondo to promote fitness and personal fulfilment to those living in refugee camps around the world.”

The WTF Demonstration Team showcased a range of taekwondo’s most spectacular, kicks, leaps, spins and breaks.

After a performance from some of the world’s top experts, Master Rene Bundeli, a former WTF Council member and former president of the Association Suisse de Taekwondo, taught a series of taekwondo basics to participants, assisted by WTF Demonstration Team members.

“It was a wonderful experience and it is encouraging to hear that taekwondo is contributing to global efforts on behalf of refugees and displaced persons,” a UNOG staff member remarked. 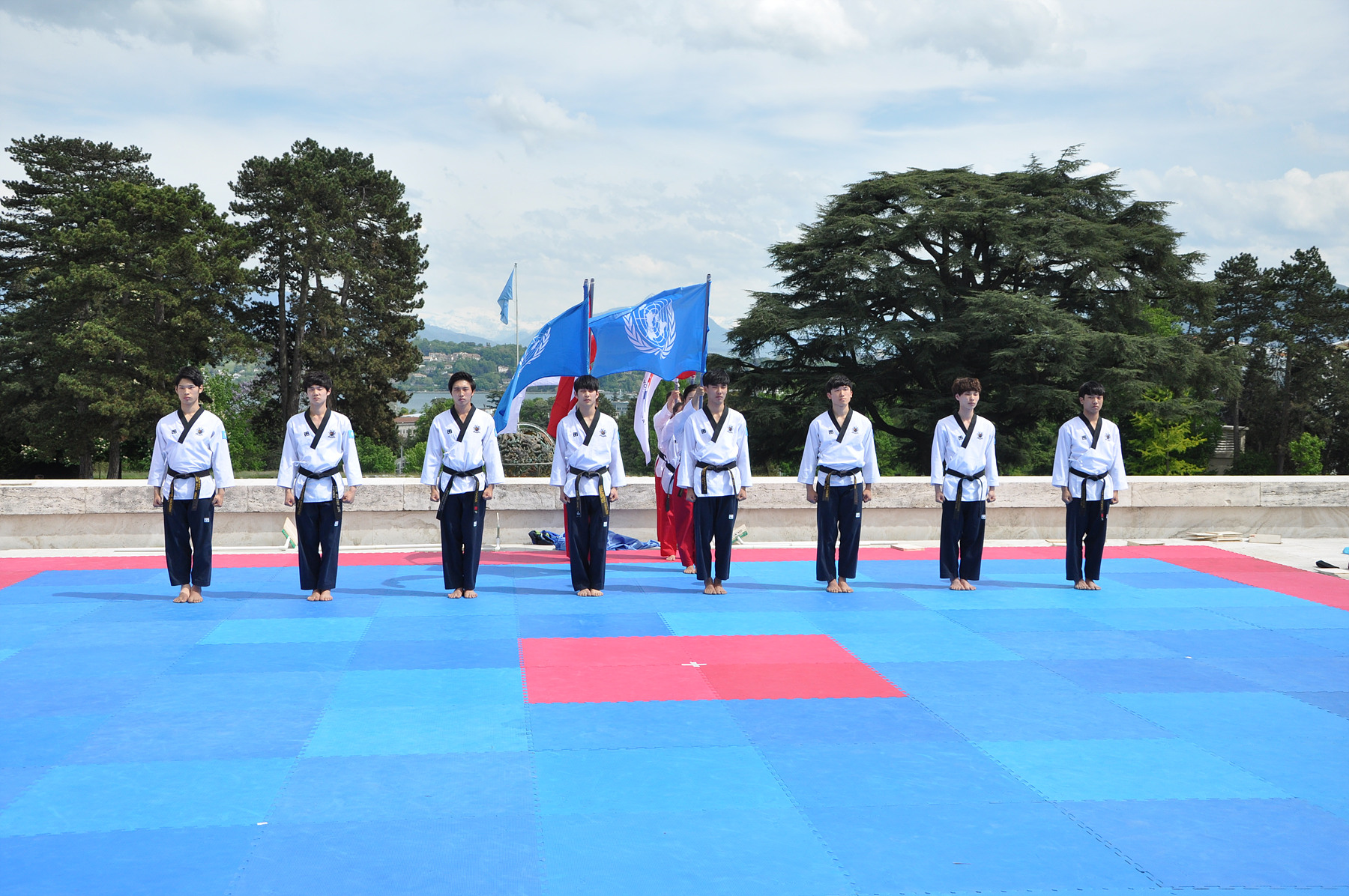 It is not the first time the WTF Demonstration Team has performed at the United Nations.

On Sept. 21, 2015, the team delivered a demonstration at UN Headquarters in New York after which staff members were given a basic seminar in the sport.  At the event, Choue announced the launch of a new charity arm, the Taekwondo Humanitarian Foundation.

“It was a great honor for our team members to perform for the UN once again, and they were all very enthusiastic about this opportunity,” said President Choue. “I hope our demonstration, and Master Bundeli’s seminar, sparked an interest in taekwondo among those present.”

After their UNOG appearance, the WTF Demonstration Team are scheduled to perform at the European Taekwondo Championships in Montreux, Switzerland, on May, 19. 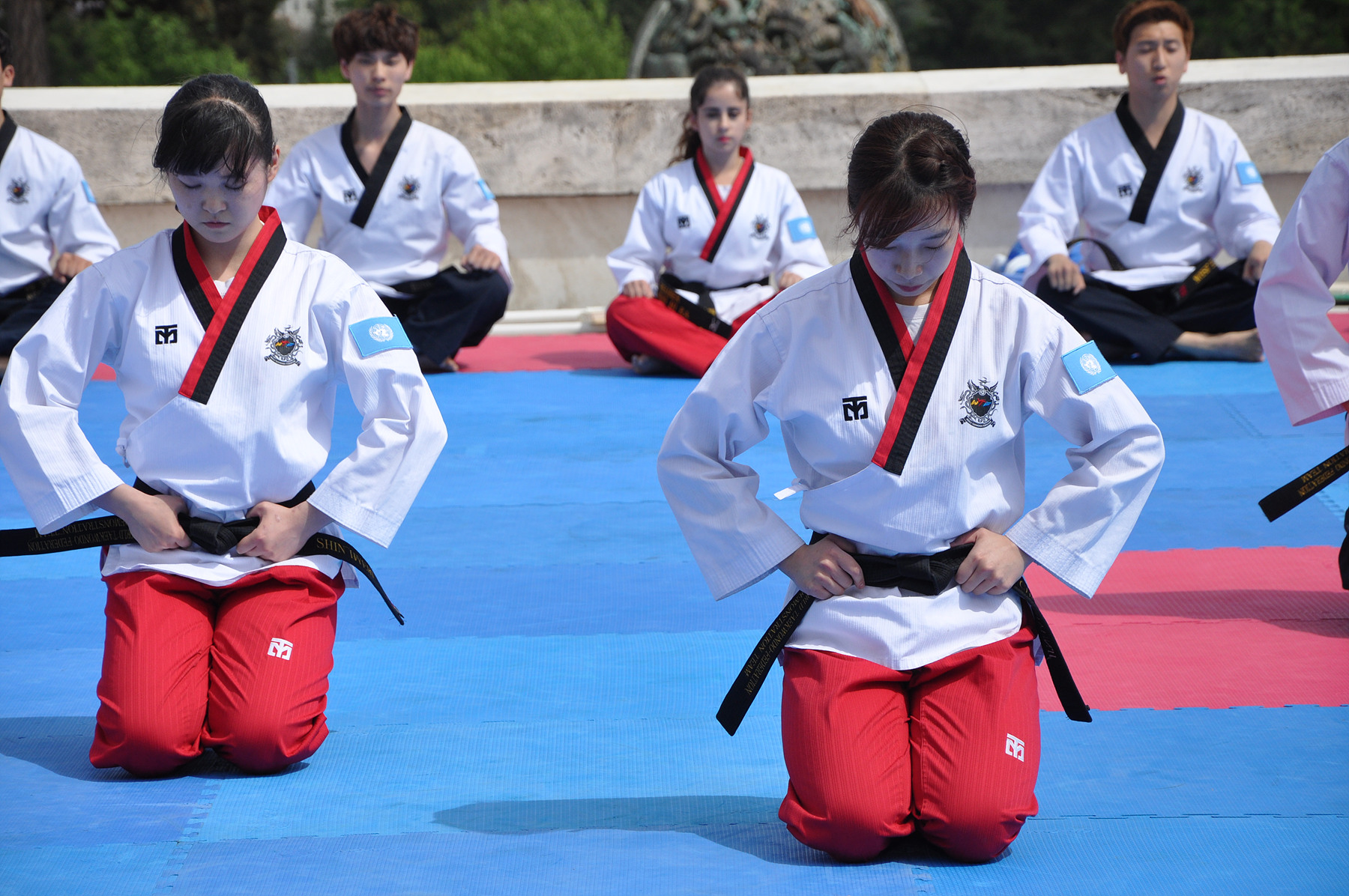 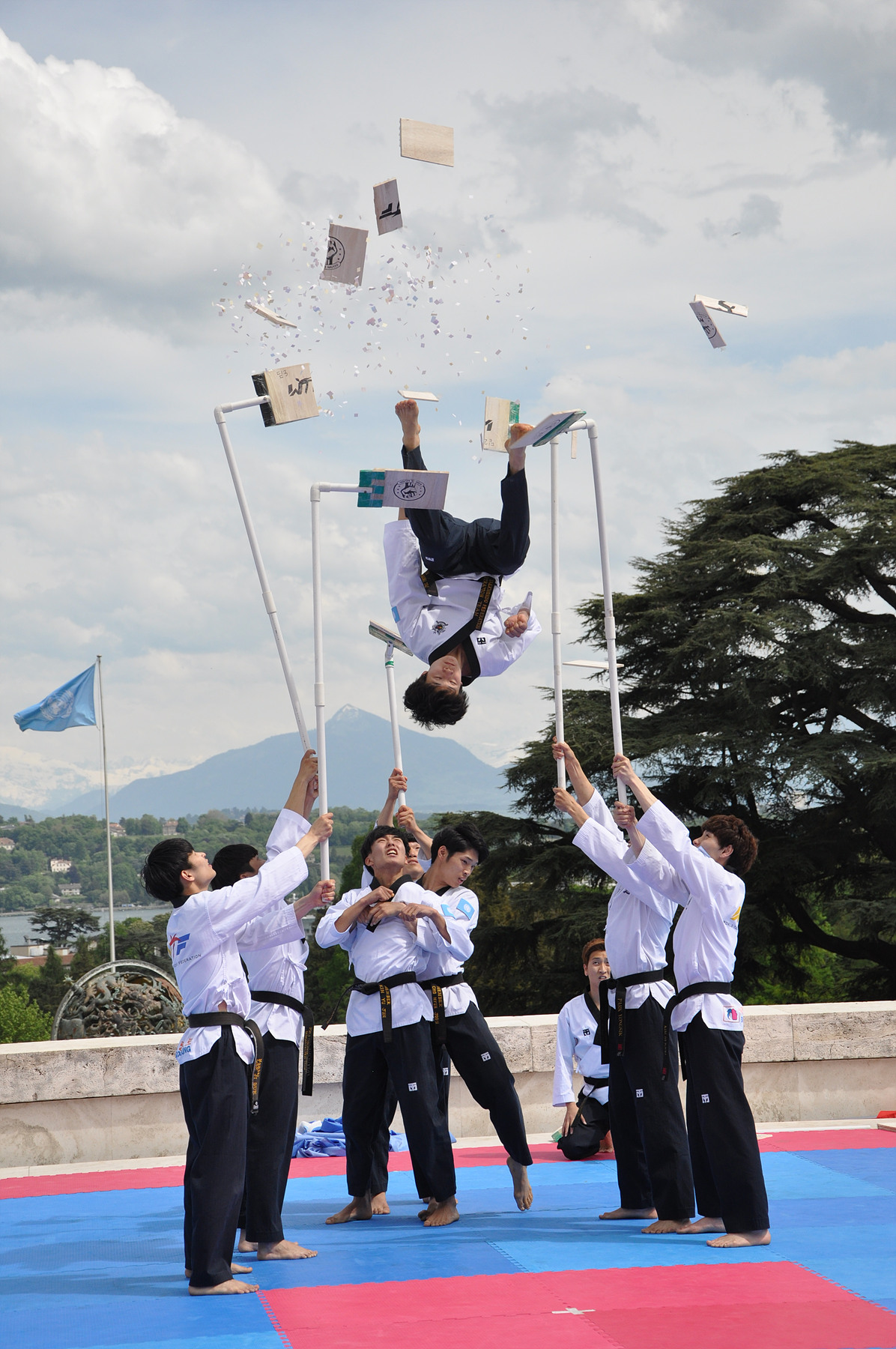 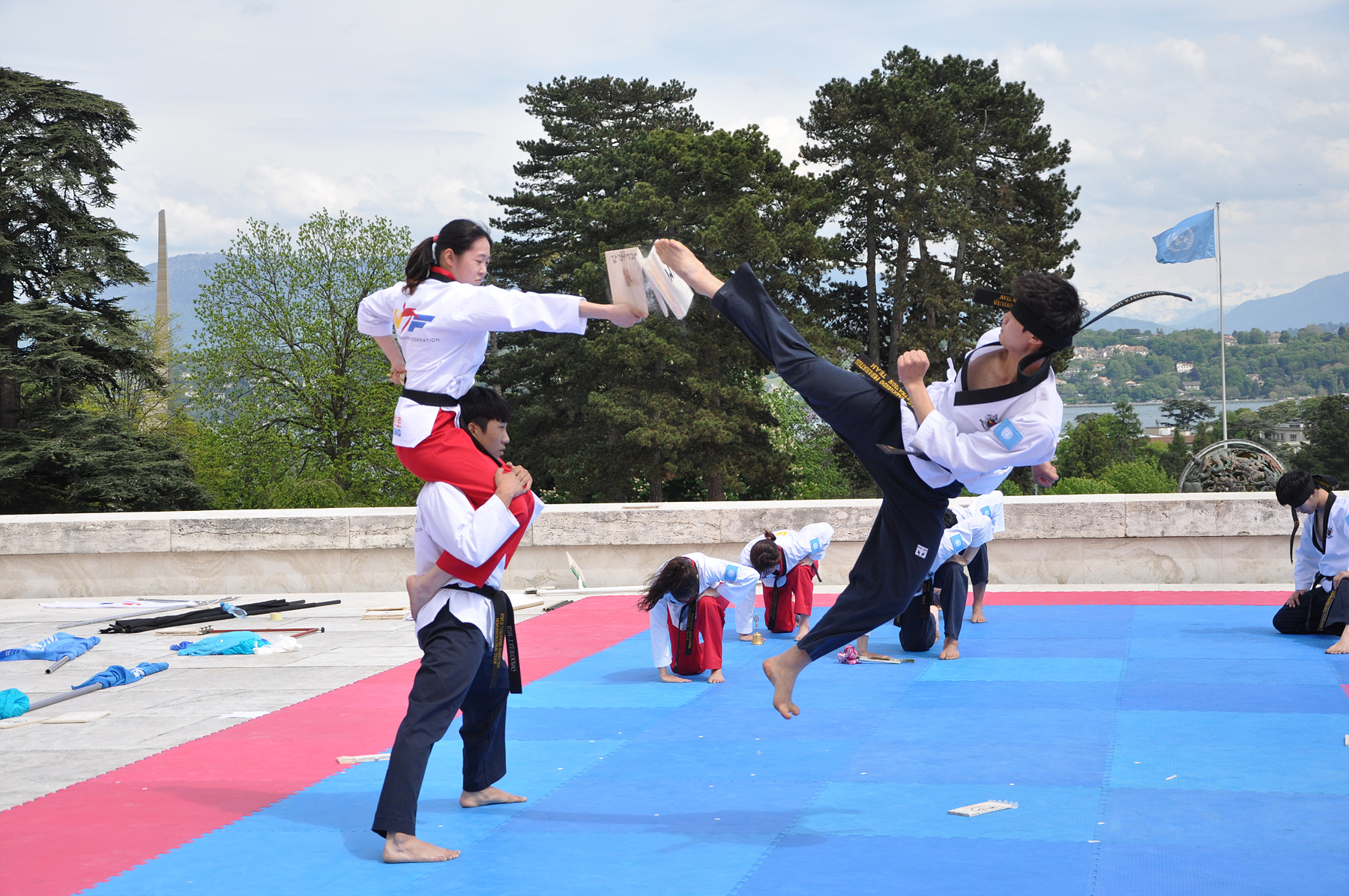 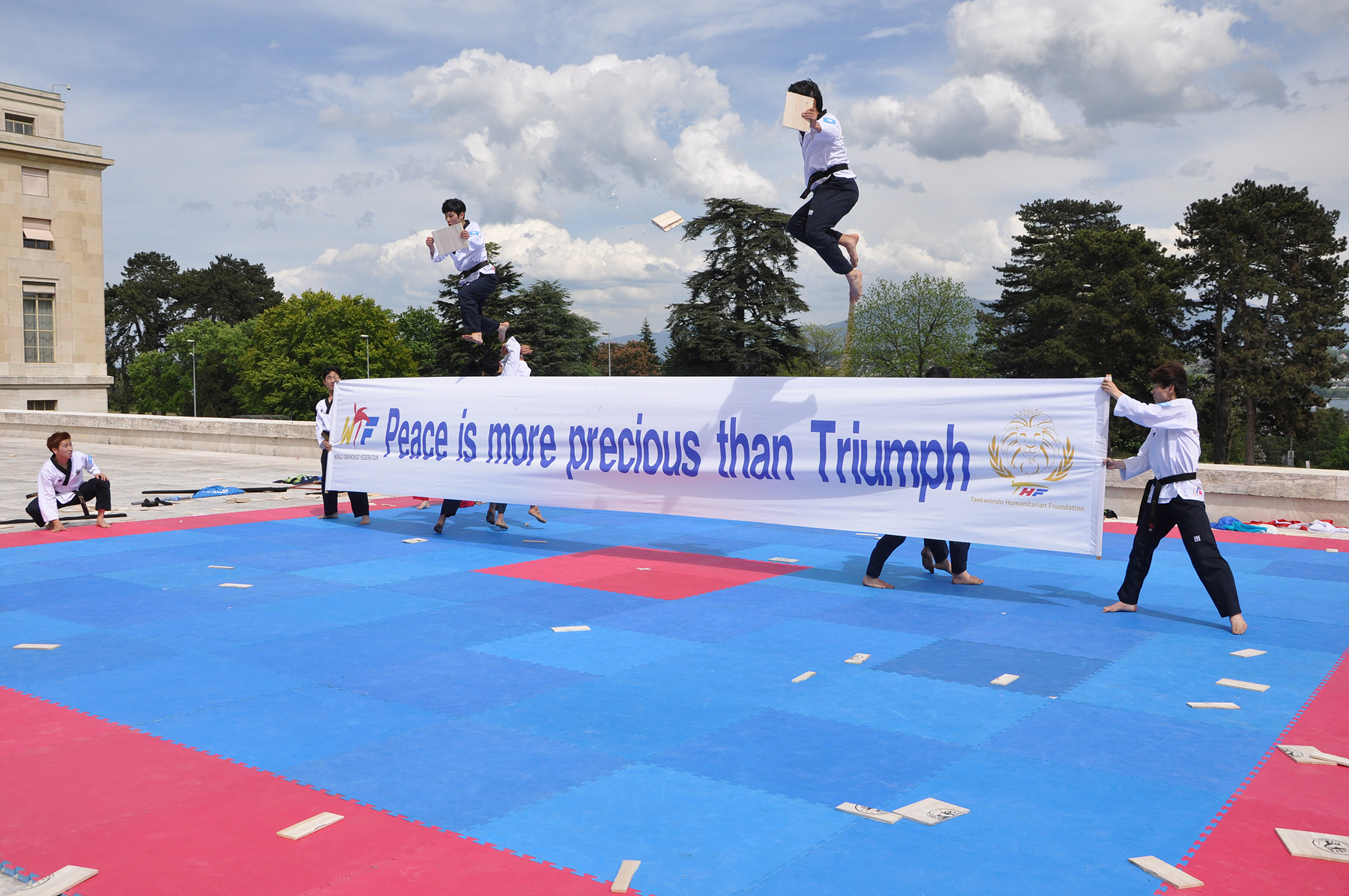 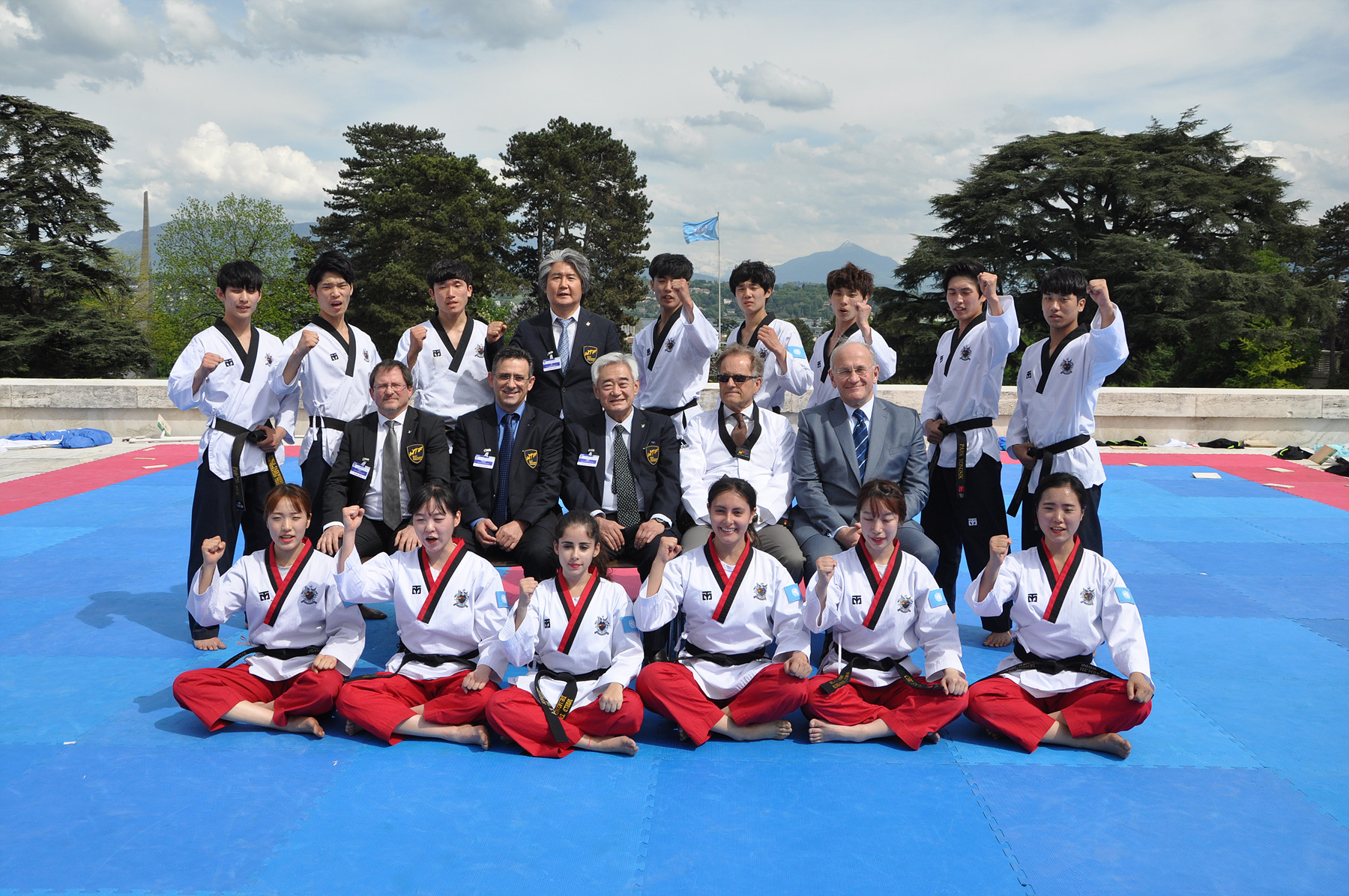