Russia, Mexico, Thailand and Iran won the gold medals on offer on an opening day which reinforced the global strength of taekwondo and the bright future the sport has with these talented young athletes. Some 550 athletes from 64 countries plus one refugee team will compete in the Championships over four action-packed days.

“Thank you to Uzbekistan, thank you to Tashkent and thank you to the Organising Committee for your friendship and support. For most of the athletes here today, this will be your first taste of a world level taekwondo competition. I am confident that many of you will enjoy this experience and go on to become the next generation of taekwondo stars.

But these Championships are not just a chance to gain experience for future World Champions or Olympians. There is also a chance to foster new friendships and open your eyes and minds to new cultures. You will become the citizens of the world. Your experiences here will be a vital part of your life education.”

“Good evening, we are very happy to see you in our Tashkent. It is a great pleasure that Uzbekistan hosts international competitions. Today more than twenty thousand people in Uzbekistan practice taekwondo, which means they love taekwondo. I hope that they can be winners in the future and also be World Taekwondo Champions. I want all athletes to enjoy this event and good luck to all participants!”

The day’s finals began with the men’s 65kg which saw Andrei Zagorulko from Russia who won gold as he overcame Chinese Taipei’s Jui-En Chang 17-11 in an enthralling final. The bronze medals were shared between Korea’s Chanyoung Kim and Ariihei Lehartel from French Polynesia.

The women’s -29kg saw Thailand win their first gold of the night, courtesy of a dominant performance from Waranya Talatngoen in the final against Korea’s Su-In Sin as the Thai won 29-13. Ashley Choi of the USA and Hayrunnisa Gurbuz of Turkey won bronze.

In the women’s -33kg it was once again Thailand that came out on top as Natkamon Wassana beat Viktoriya Eremina 27-9 in the final. The Philippines’ Tachiana Kezhia Mangin and Kazakhstan’s Aidana Sundetbay took home bronze. The last final of the day drew Iran’s Mobina Nematzadeh against Korea’s Gahyeon Kim in the women’s -51kg. Nematzadeh was too strong and won gold with a convincing 24-4 victory in the final. Ezoe Alberola from Andorra and Nutsa Gelashvili from Russia won bronze.

In the morning, President Choue delivered a special lecture on Taekwondo History and Development to students and professors at the National University of Uzbekistan named after Mirzo Ulugbek. The students in attendance were those studying the Taekwondo and Sports Action major which was a course established in November 2018. Minister Nabiev, Rector of the University of Uzbekistan Avazjon Rakhimov, and Dean of Taekwondo faculty Vladimir Rakhimov were all in attendance. 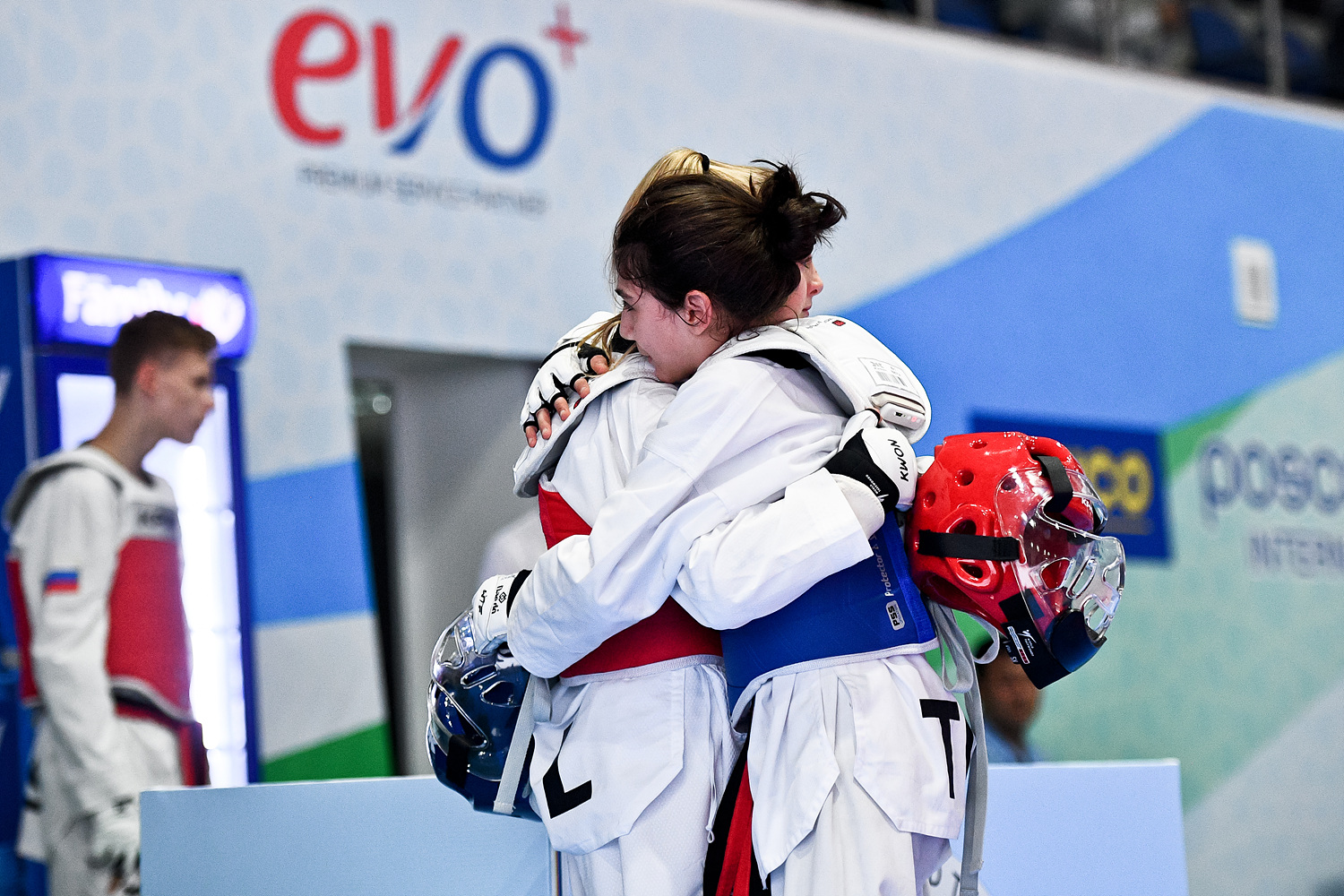 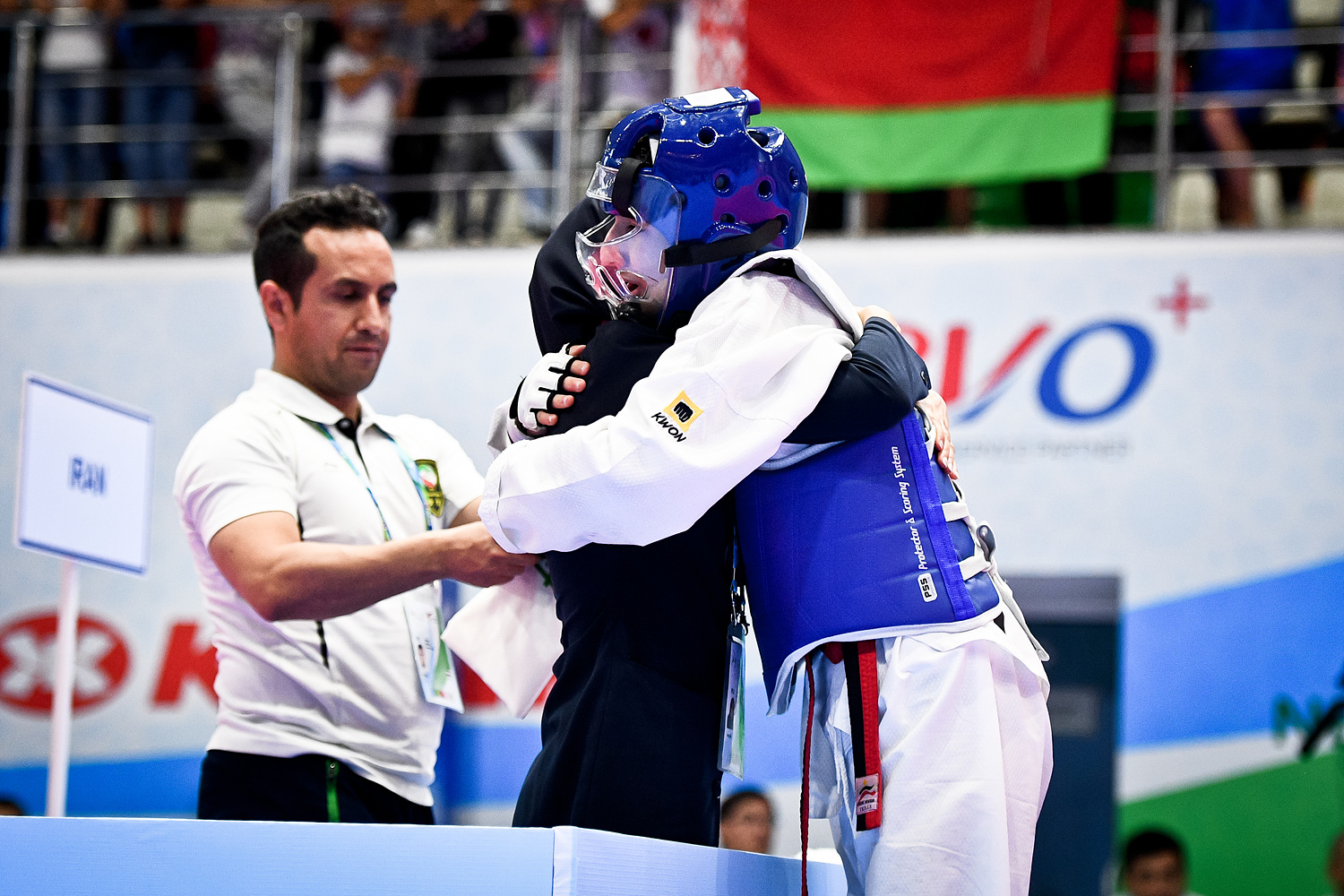 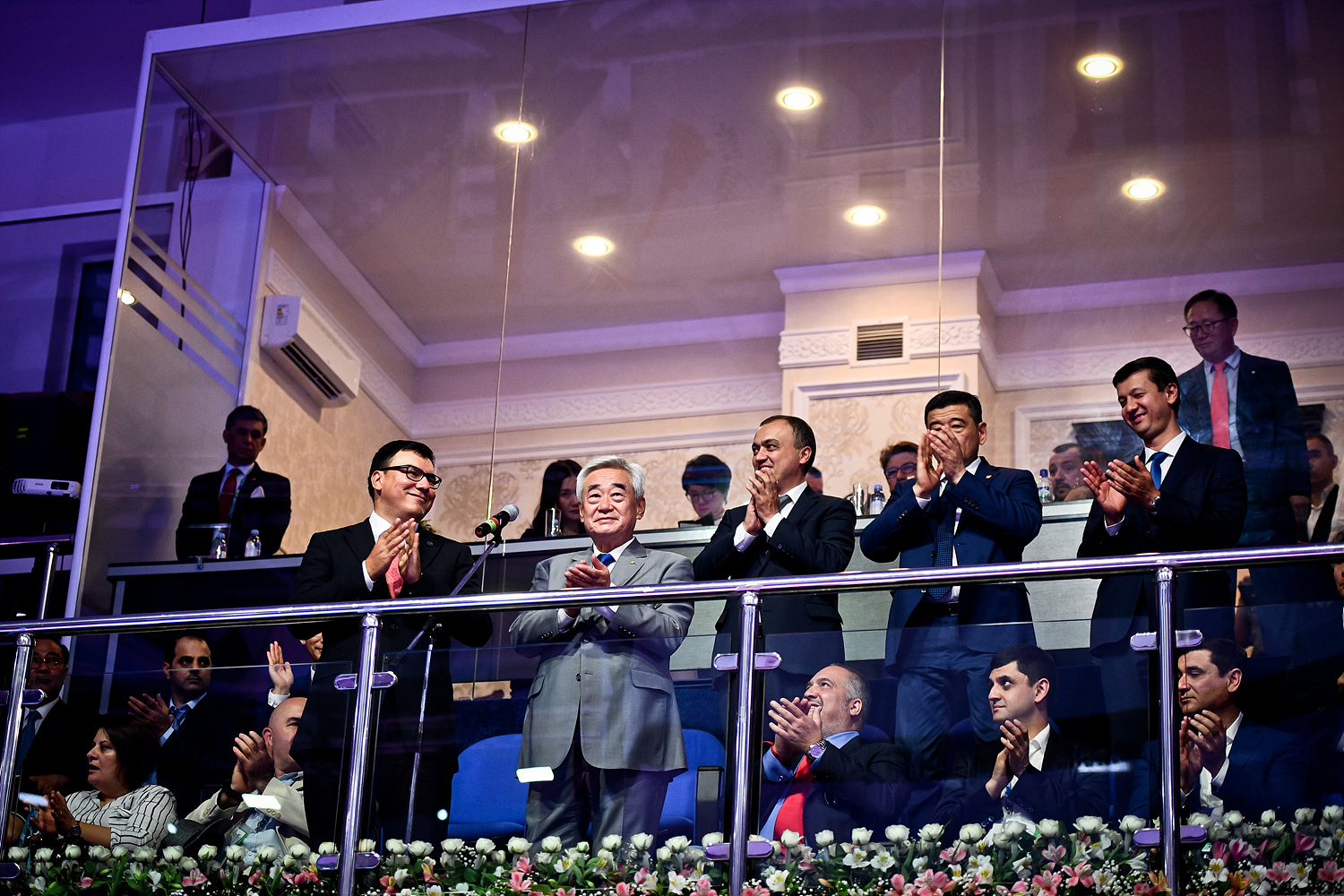 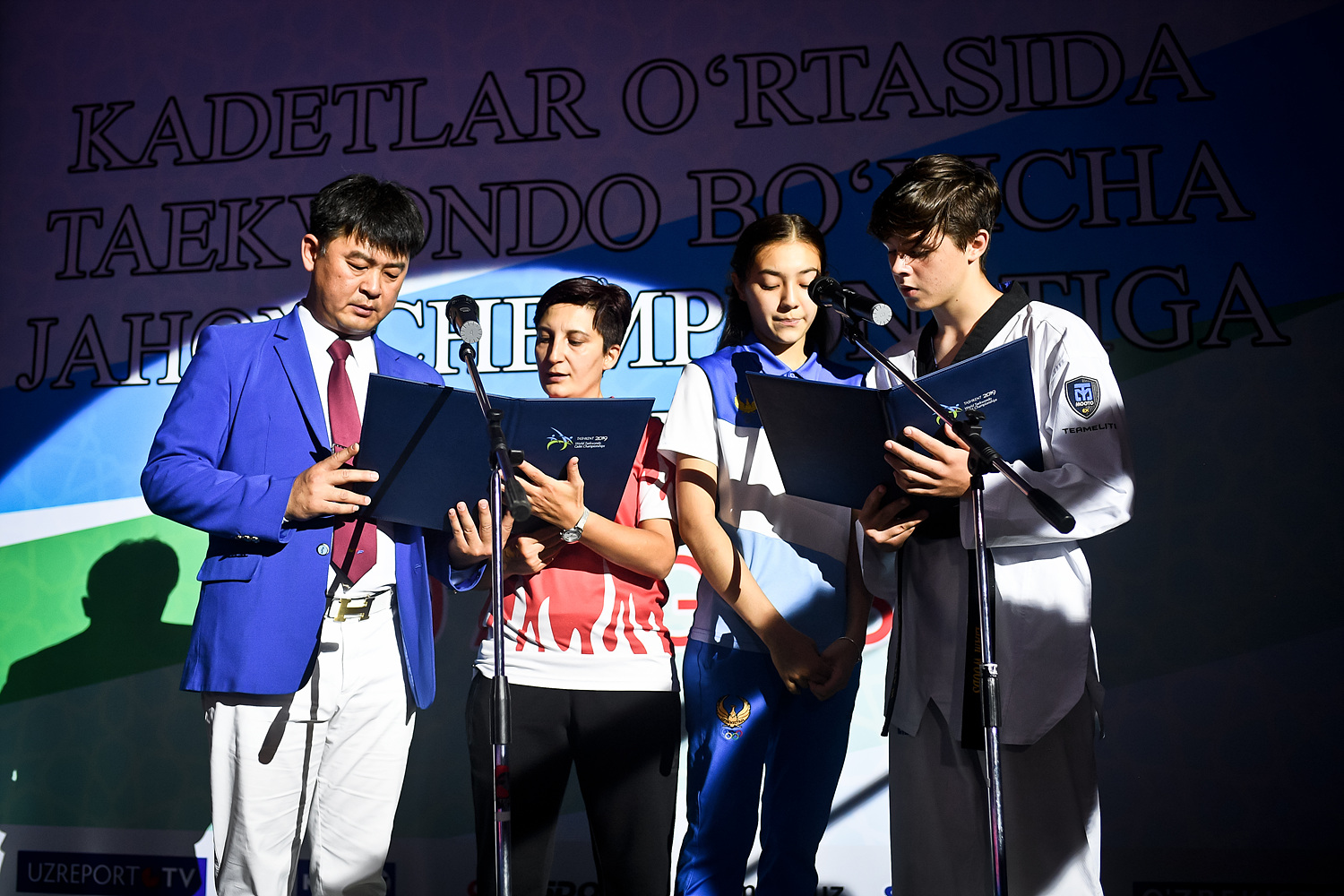 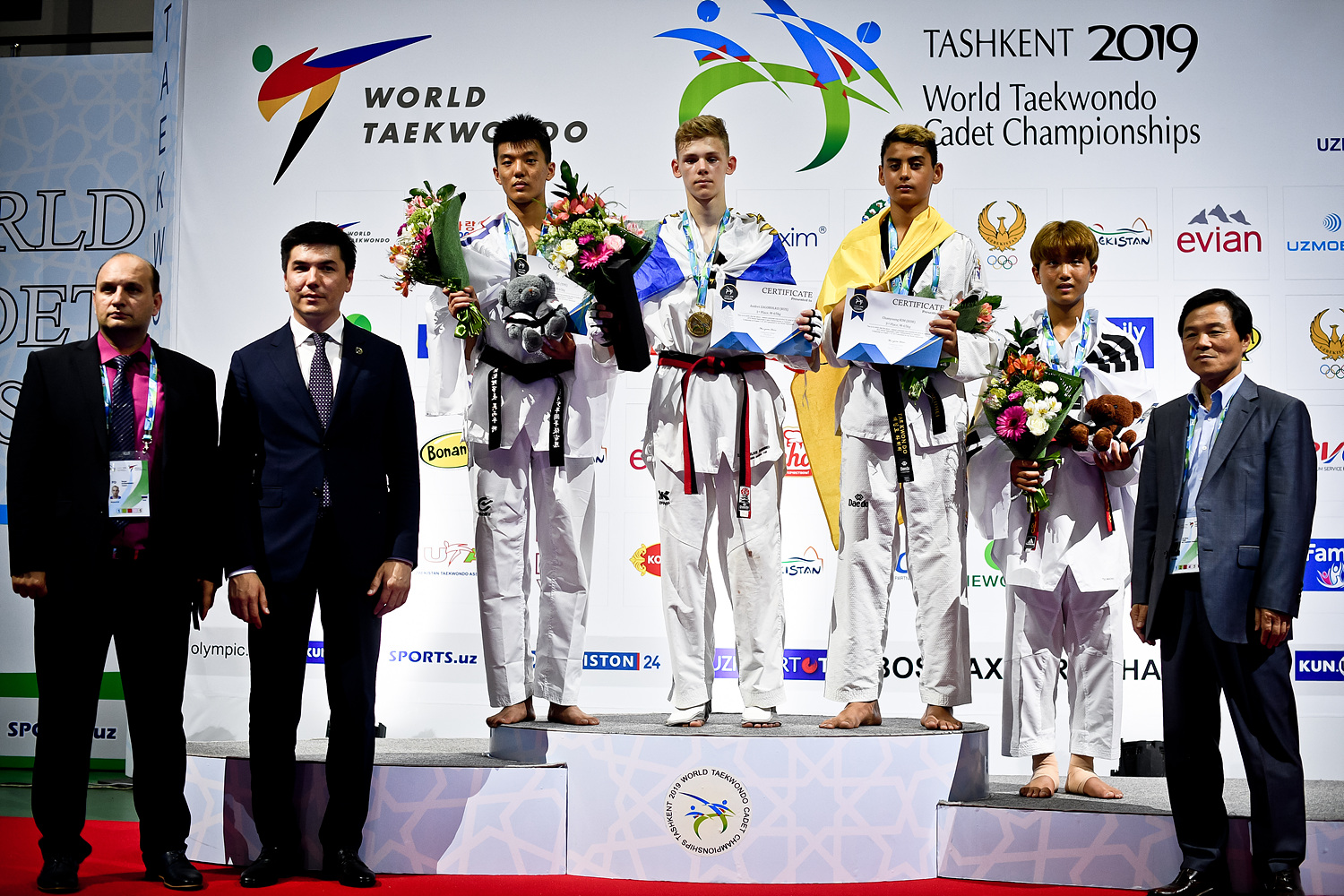 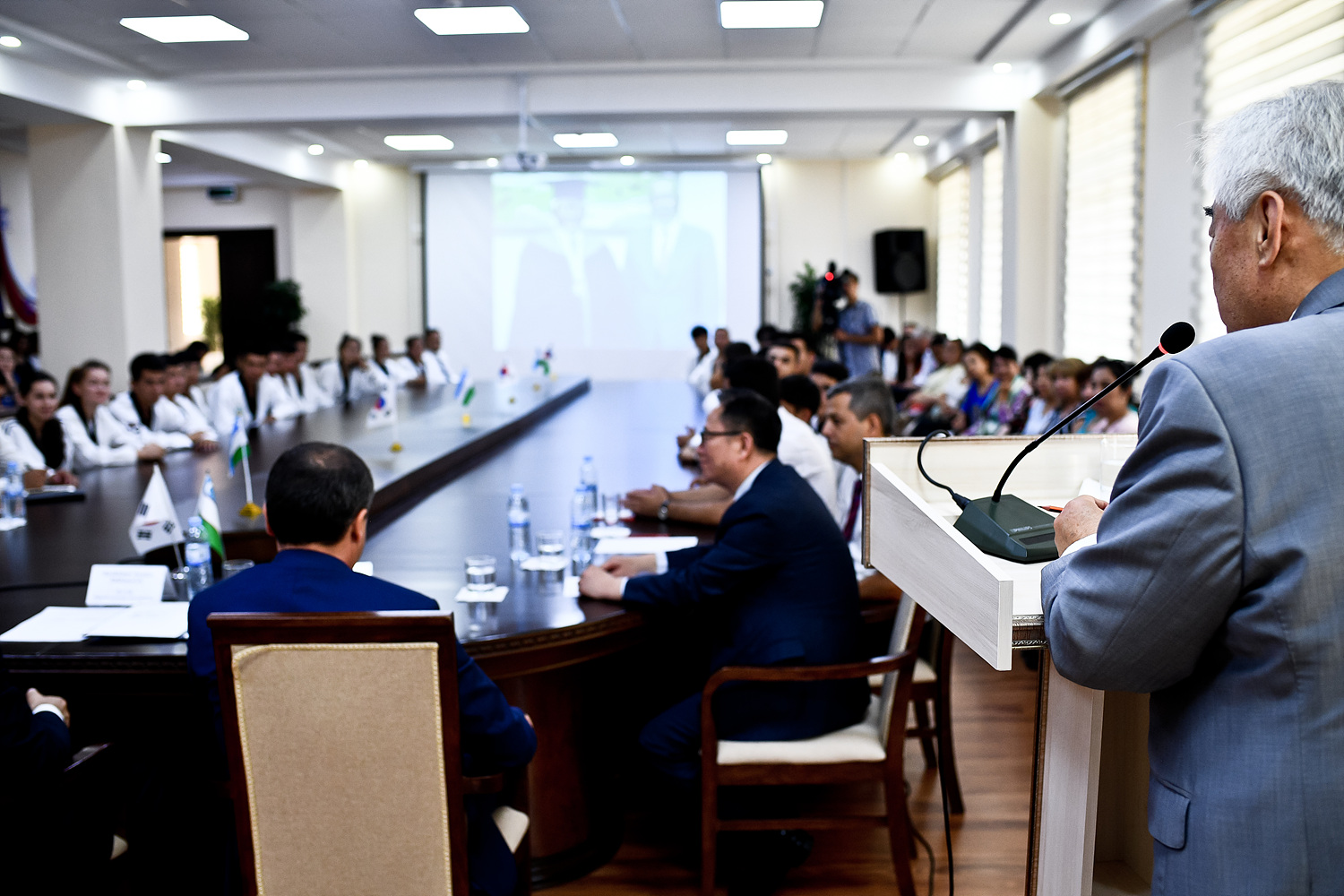 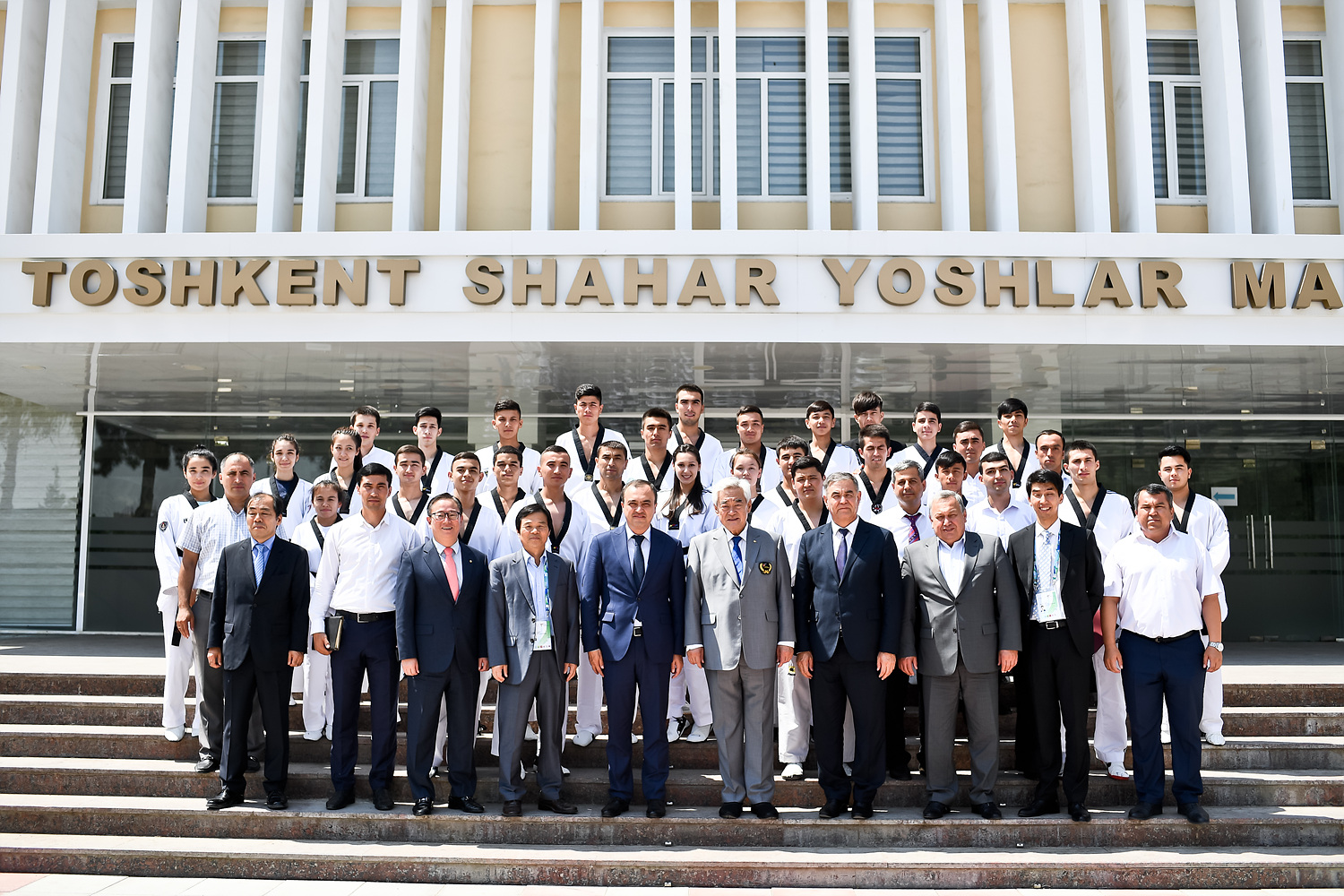