SEOUL, Korea (July 18, 2016) – A group of Tunisian cadets on a tour of Korea made huge financial sacrifices to fund their trip, but say that despite their personal shortage of money, they want to donate to the Taekwondo Humanitarian Foundation.

“Although we are not wealthy, as Muslims, we want to donate some money for the THF to help refugees in Syria and other places,” said one of the visitors during a visit to the WTF Headquarters in central Seoul, where they were welcomed by WTF President Chungwon Choue.

It was no easy trip for the team to make.

Tunisia is a developing nation and the Tunisian Taekwondo Federation has few funds available for athletic trips, so the children and their families had to raise the funds themselves. For example, Slimi had wanted to go on the trip so much that he cried every night when he realized that there were no funds to send him to Korea. Distressed by his son’s despair, Slimi’s father sold his car to raise the necessary money.

The team attended the Korea Open for the experience than in hopes of a medal, and in addition to the nine days at the Open, took part in a seven-day poomsae training course at Kyunghee University. Making the competition and physical training doubly tough was the timing of the trip: The team visited Korea during Ramadan, meaning that they had to fast between sunrise and sunset.

But it was worth it. “Korea is the only for a place where a master must come,” said Jleli. “I hope the kids and I can come next time.”

At home in Tunisia, the children train every day with Jleli in the small town of Regueb Sidibouzid (“Revolution”). While classes are only held three days a week, Jleli trains the children on the remaining days at his own home. Taekwondo is hugely popular in Regueb Sidibouzid: The town boasts around 2,000 taekwondo practitioners; there are no other martial arts training center in the town.

“I had to give up and lost many things during my own childhood, so I could not achieve my dream as a taekwondo athlete,” Jleli said.  “I want to give opportunities and enough chances to the kids I train so they can achieve their dreams and reach their goals.”

The Taekwondo Humanitarian Foundation, or THF, was established this spring in April in Lausanne, though it had started pilot operations in 2015.

Designed to empower refugees and displaced persons by teaching taekwondo, programs are already underway in Syrian refugee camps in Jordan and Turkey, and among persons displaced by earthquake in Nepal.

Full fundraising operations are expected to begin later this year, and new programs will come online in refugee camps in other parts of the world. 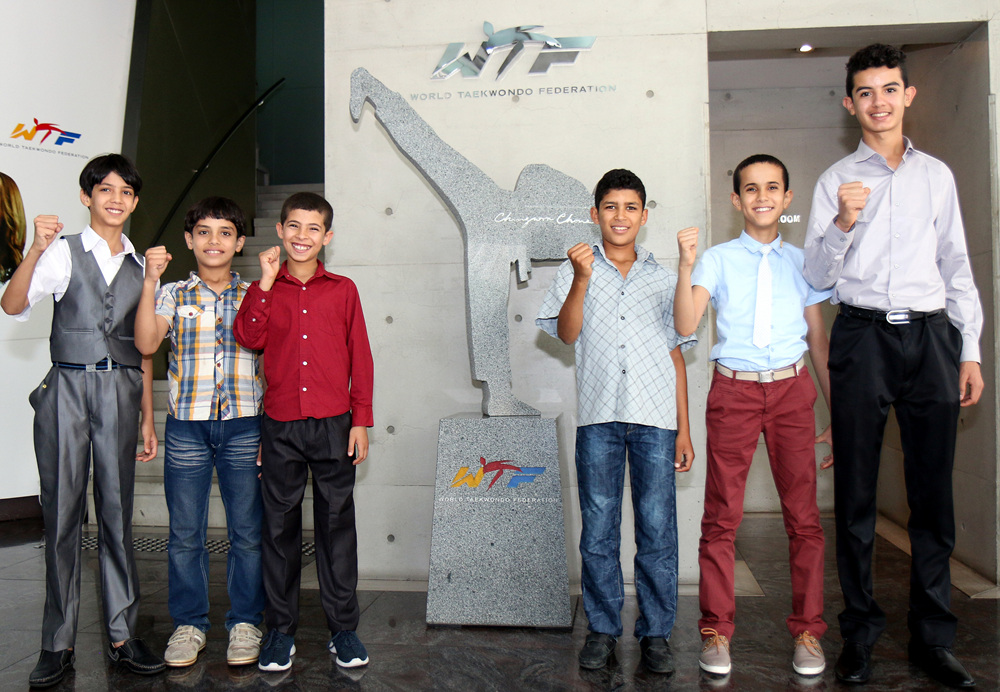