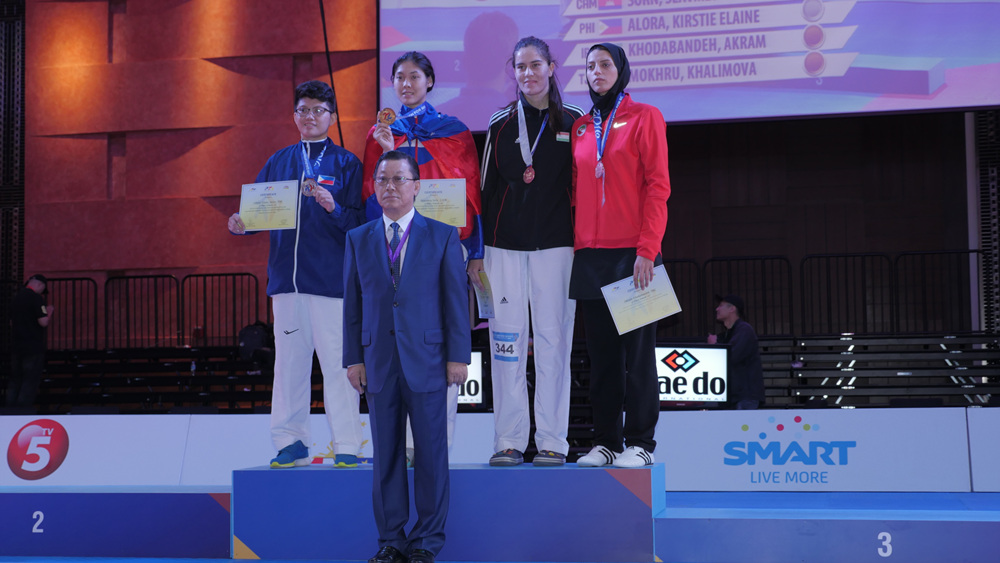 A total of 16 athletes from ten countries won their nation Olympic qualification during a historic weekend of elite taekwondo competition at the Asian Qualification Tournament in Manila, Philippines – the final qualification tournament of the year.

There are now 124 Olympic qualification places filled by 59 different nations and one WTF athlete – Raheleh Asemani who will compete at Rio 2016 under the IOC flag as a refugee athlete as part of the WTF’s ongoing commitment to being a true sport for all. For many of the 59 countries, including Aruba, Cape Verde, D. R. Congo and Mongolia, Rio 2016 will be the first time they have had representatives competing at a Game in taekwondo reflecting the growing strength and participation in taekwondo all around the world.

“The Asian Qualification Tournament was an excellent event and a fantastic way to end our qualification process for the Olympic Games. At each of the five continental qualification tournaments, we have seen exciting and dramatic taekwondo competition played out in the spirit of friendship and fair play. In the Philippines, it was no different and with the Olympic qualification of Mongolia for the first time, we saw how taekwondo continues to develop around the world, producing world-class athletes to inspire the future generation to participate in the sport.

“With 124 of 128 places at Rio 2016 now filled we have a good idea of who will be competing at the Games and excitement is really starting to build among our athletes and fans. The Olympic Games are the pinnacle of our sport and we saw at London 2012 how taekwondo can capture the imagination of millions of people with its combination of power, precision and skill. Rio 2016 will be no different and with at least 59 countries competing, our global fan base will be treated to thrilling and unpredictable competitions.”

Thirty international referees participated in the Asian Qualification Tournament, supported by the instant video replay system and PSS (Protector and Scoring Systems) to ensure fair and transparent competition. The full list of winners and runners-up who secured Olympic qualification at the event can be found below: