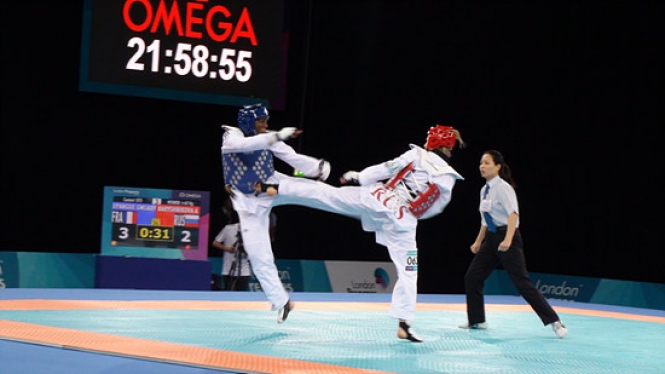 A test event for the taekwondo competition of the 2012 London Olympic Games concluded in a great success in London, Great Britain on Dec. 4, 2011 after two days of competition.

The “London Prepares” Taekwondo International Invitational took place at the ExCeL London in eastern London, with the attendance of a total of 60 athletes from 18 countries.

The second and final day of the two-day event, a rehearsal for the taekwondo competition of the London Olympic Games, featured the women’s +67kg and the men’s -80kg categories.

In the men’s -80kg division, Great Britain’s Aaron Cook earned his country the gold medal as his final-round opponent, Azerbaijan’s Ramin Azizov gave up fighting because of his leg injury.

In the women’s +67kg category, France’s Gwladys Epangue required a sudden-death round to clinch the gold medal over Russia’s Anastasia Baryshnikova 3-4. The French reached the final match as she outpointed Korea’s Sae-bom An 3-2 in a semifinal match.

Korea’s Hye-mi Park outpointed France’s Maeva Mellier 4-3 to grab the bronze medal in the same division. The other bronze medal went to Italy’s Federica del Coco as her bronze-medal opponent, Korea’s Sae-bom An, gave up her fighting at the beginning of the third round because of her knee injury. The Korean was ahead 3-1. 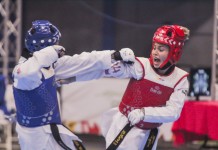 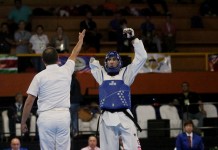 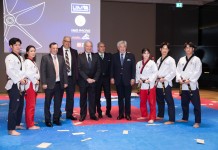