NEW YORK, United States (March 28, 2017) – Staff at the United Nations Headquarters today tried out taekwondo as the combat sport was presented to the world body in a wide-ranging demonstration and seminar as part of a celebratory event for the International Day of Sport for Development and Peace.

The event was jointly organized by the Permanent Mission of Monaco to the United Nations together with the international organization Peace and Sport within the framework of the 4th edition of the International Day of Sport for Development and Peace, celebrated on April 6. The event was the latest example of cooperation between Peace and Sport and the World Taekwondo Federation (WTF) after the two organizations, and the WTF’s Taekwondo Humanitarian Foundation (THF) signed a Memorandum of Understanding in November 2016. 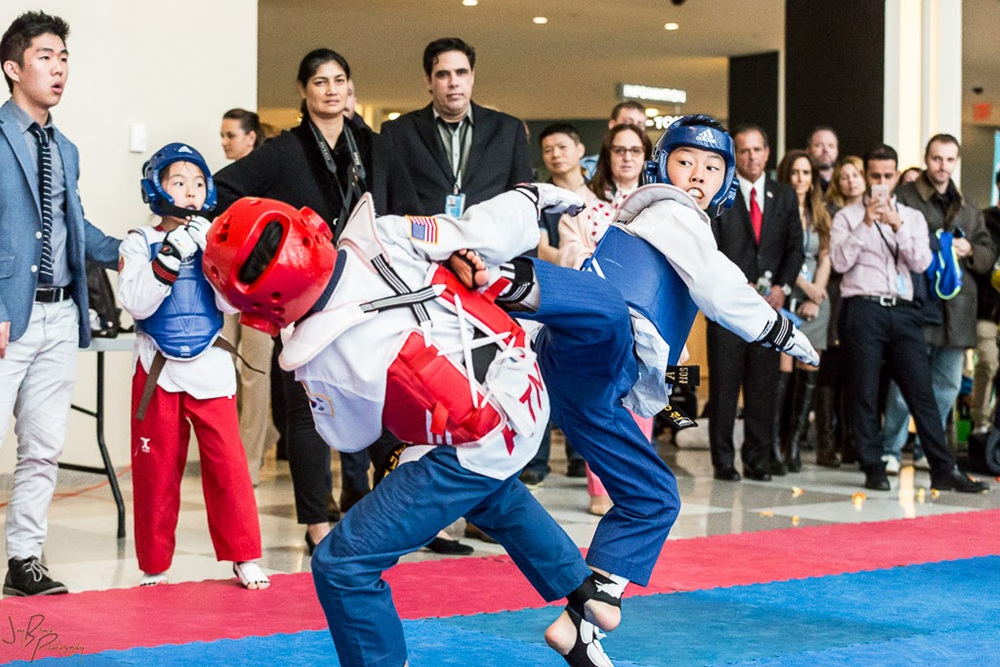 One of the UN staff member said, “It was great fun watching some of spectacular taekwondo moves. They young athletes were fantastic and a real inspiration. It just goes to show that anyone of any age can practice taekwondo anywhere!”

After remarks from the WTF and THF President Chungwon Choue, who was addressing the UN in New York for a second time in two years having announced the foundation of the THF there in 2015, a three-round demonstration kyorugi match took place. The match was fought between two of the sport’s finest players, Great Britain’s double Olympic gold medalist Jade Jones, and World Taekwondo Junior Championships’ gold medalist Skylar Park from Canada. After the event, Jones said, “It was inspiring to listen to athletes’ experiences on how sport has changed their life. I hope to help younger generations to nurture their dreams and hopes through taekwondo.”

Park and Jones are preparing to potentially fight again in the upcoming World Taekwondo Championships, which will be held in Muju, Korea, on June 24-30.

“Today provided a wonderful chance for UN staffers to see, and get a chance to try their hand at, taekwondo,” said Choue, who had earlier addressed VIPs during a lunch reception on the THF’s mission of empowering refugees worldwide. “It was also a wonderful opportunity for us to inform some very high-profile people about our humanitarian initiatives.”

During the event a fellow Olympic sports, table tennis was also demonstrated and taught.

Before the taekwondo activities, a press conference was held with the attendance of WTF President Choue, PATU President Choi, WTF Secretary General Hoss Rafaty, Jade Jones, and Skylar Park. During the conference, Mr. Joel Bouzou, President of Peace and Sport praised continued efforts of the World Taekwondo Federation on humanitarian activities, pointing out that taekwondo was the first sport who allowed refugee athletes to take part in the the Qualification Tournament for the Rio 2016 Olympic Games. The demonstration team and President Choue also had a time to pose for a photograph holding white cards to celebrate the International Day of Sport for Development and Peace.

The International Day of Sport for Development and Peace has been observed by the UN every year since 2014. 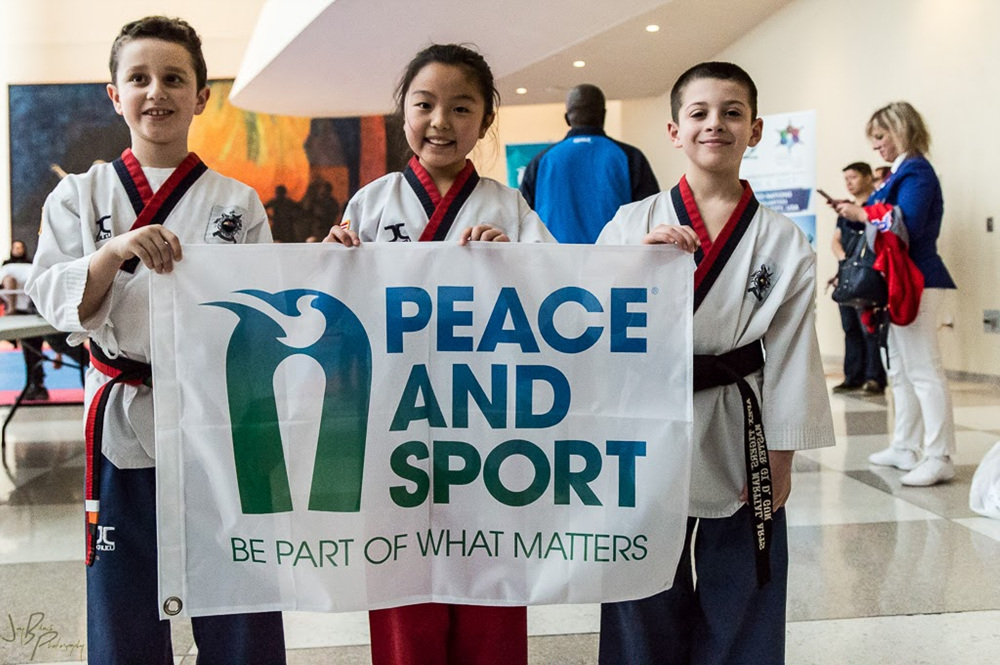 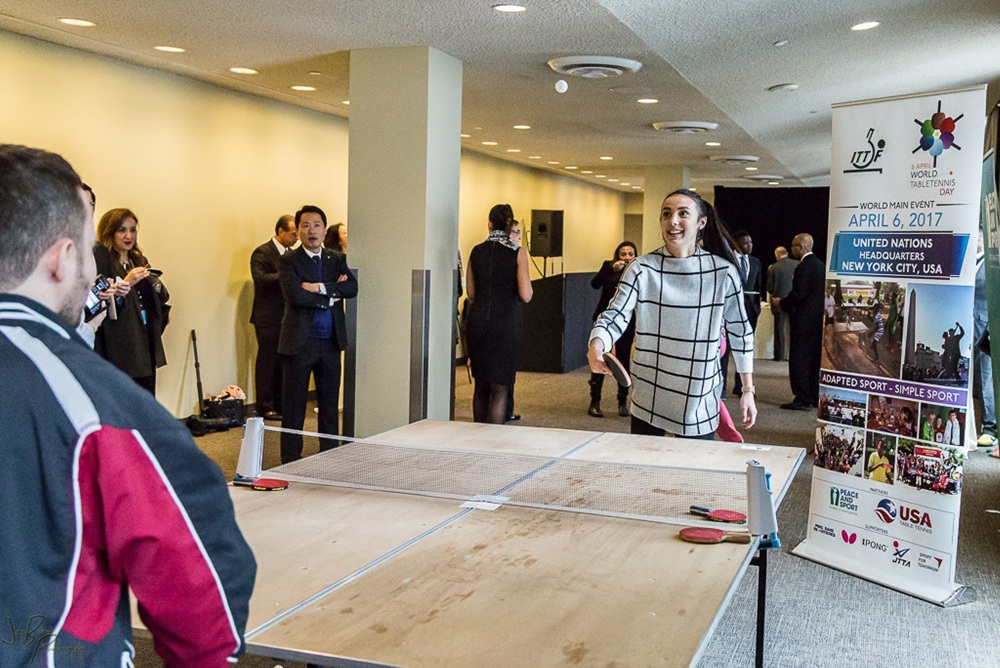