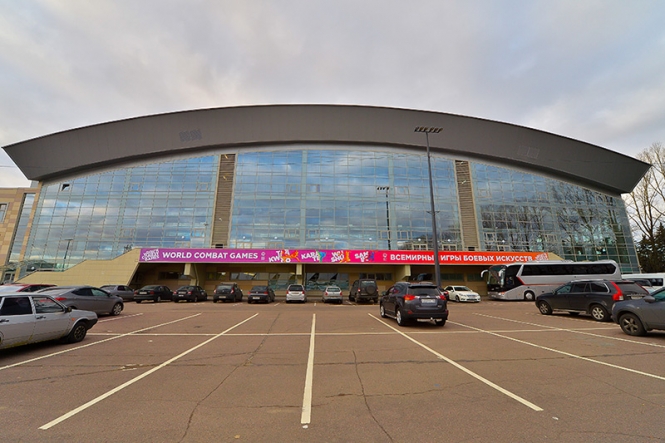 The taekwondo competition of the 2013 SportAccord World Combat Games will kick off on 23 October 2013 for a two-day run in St. Petersburg, Russia.

The two-day taekwondo competition will take place at the Arena Sport Complex, the home of the St. Petersburg basketball club Spartak. The venue will also feature wushu, karate and sambo.

A total of 72 athletes, 48 males and 24 females, from 11 countries will participate in the taekwondo competition, which will be conducted in a five-on-five team tag match. Unlike the taekwondo competitions at the inaugural SportAccord World Combat Games in 2010 in Beijing, China, there are no individual matches this time.
Of the 11 countries being represented, eight will compete in the male division, including Russia, Korea, Iran, Spain the Dominican Republic, the United States, Uzbekistan and Venezuela and four, made up of Russia, China, France and Croatia, will compete in the female division Most of the teams were invited based on their performances at the 2012 World Cup Taekwondo Team Championships. Notable athletes competing in the taekwondo competition include Steve Lopez of the United States, a five-time world champion; and Wu Jingyu of China, the gold medal winner in the women’s -49kg category at the 2012 London Olympic Games.
Each team is composed of a maximum of six athletes, including one substitute, with their total weigh-in weights not exceeding 432kg.
An electronic protector and scoring system will be used in competition but there will be no instant video replay system. A total of 18 international referees will officiate at the two-day competitions
The tag team match will consist of two rounds of five minutes each, with a one minute break. The first round will be conducted in a traditional team match format. Each of the five athletes, starting with the lightest to the heaviest weight, will compete against his or her opponent for one minute. The second round will be conducted in a tag-team match format, in which athletes can be replaced at any time after having completed a minimum of three attacks. The winning team will be determined by accumulated points after two rounds of competition.
Male teams will be divided into two groups and the top two teams of each group will advance to the semi-finals. The preliminary round will be conducted in a round-robin format whereas the semi-final and final round will be conducted in a single elimination format.
As a special program for the spectators, the WTF Taekwondo Demonstration Team will perform two 30minute demonstrations at the competition venue on 23 and 24 October. Other taekwondo demonstrations are also scheduled, near the competition area, as part of the cultural program. Sarah Stevenson of the United Kingdom, who earned her country the first Olympic medal in taekwondo at the 2008 Olympic Games, will serve as the ambassador of the WTF for the 2013 SportAccord World Combat Games.
The second edition of the SportAccord World Combat Games, which started on 18 October and will run until 26 October, features 15 martial art and combat sports. Fencing and savate were newly added to this year’s competition.