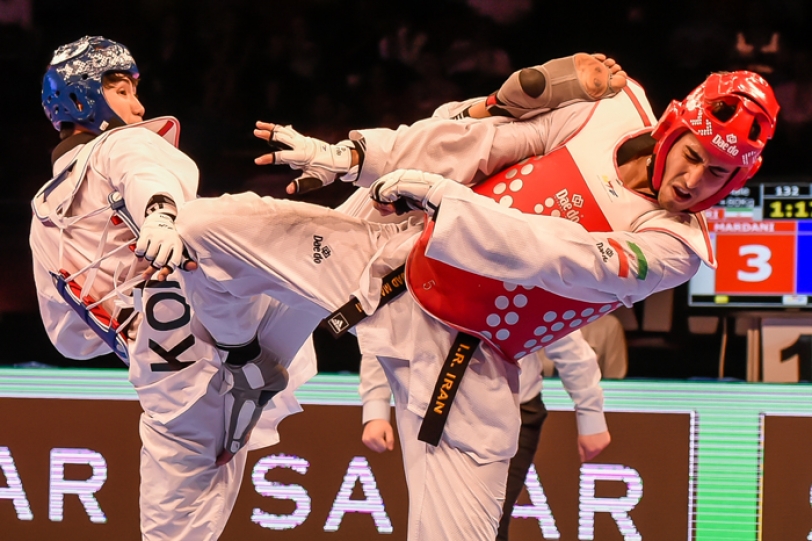 A total of 232 athletes from 50 countries are competing at the Yasar Dogu Spor Salonu for top honors in the Suzhou Grand Prix event, which will continue until September 20.

In the women’s -67kg category, Russia’s Anastasia Baryshnikova took on China’s Hua Zhang. The Russian took an early one-point lead then added another as she found her distance, winning the first round 2-0.

Round two started faster with the Russian girl picking off her opponent with two more fast points, varying her front-leg attacks with a rear-leg round kick. Zhang managed to claw back two points, but the round ended 5-2 for Baryshnikova.

The third round started with both girls wielding their front legs; the Chinese girl scored again, with a round kick fired from the clinch. With Zhang on the attack, the Russian displayed some lively circular foot work to keep out of her firing range. At the end Zhang was using every weapon and almost chasing her opponent round the ring, but Baryshnikova’s work rate early in the match paid off: She hung on for a 5-3 victory.

Bronzes went to Turkey’s Nur Tatar and Irem Yaman in the same division.

In the women’s +67kg division, Great Britain’s Bianca Walkden faced Team USA’s Jackie Galloway. Both adopted side-on, defensive stances and kept at long distance, firing ineffectual kicks. The referee demanded action, but the round ended with the board empty. In round two, Walkden opened the score with a well-timed punch that caught the American girl as she was advancing, and held on to the lead, 1-0.

Round 3 saw more action. Galloway evened things in a flurry and as the final seconds counted down, both coaches were yelling instructions to their fighters, to no avail: the match went to the fourth golden point round. Walkden went straight on the offensive, delivering two stabbing side kicks. Walkden’s coach then called for a head kick: no score. Combat restarted amid a flurry – and it was Galloway who took point, match and gold.

The highest-scoring fight of the evening was the final match of the men’s +80kg category, where Korea’s Cholho Jo took on Iran’s Sajjad Mardani. Neither player felt the need to feel each other out: Both opened the scoring with helmet-jarring head kicks. But it was the Korean who looked both more active and dangerous, fighting forward with a machine-gun array of kicks. There was a brief freeze – an edge-of-mat war of nerves, with the Iranian trying to force the Korean back – before both men sprung back into high-kicking action. The round ended 6-3 to Jo.

In the second round, Jo – proving very, very quick for a heavyweight – raised the score to 7-3, then added three more points; he briefly exulted, drawing cheers from an impressed crowd. His kicks were scorching: One connected to the Iranian’s PSS with a thwack that echoed across the arena. Round 2 finished 12-4 to Jo.

In the third, the Korean stole yet another point with a front leg side kick. Mardani was finally getting back into the game, winning points with punches and body kicks – but being so far behind in the scoring, he had left things late. An arcing crescent kick would have beheaded Jo if it had landed, but the Korean ducked under. The match ended 8-14 to Jo; a convincing victory against such a professional opponent.

Dmitriy Shokin of Uzbekistan and Volker Wodzich of Germany settled for the bronzes in the same category. 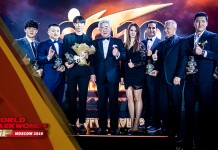 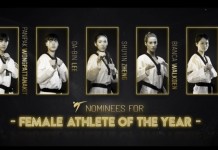 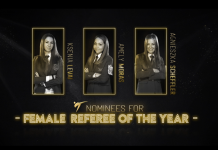