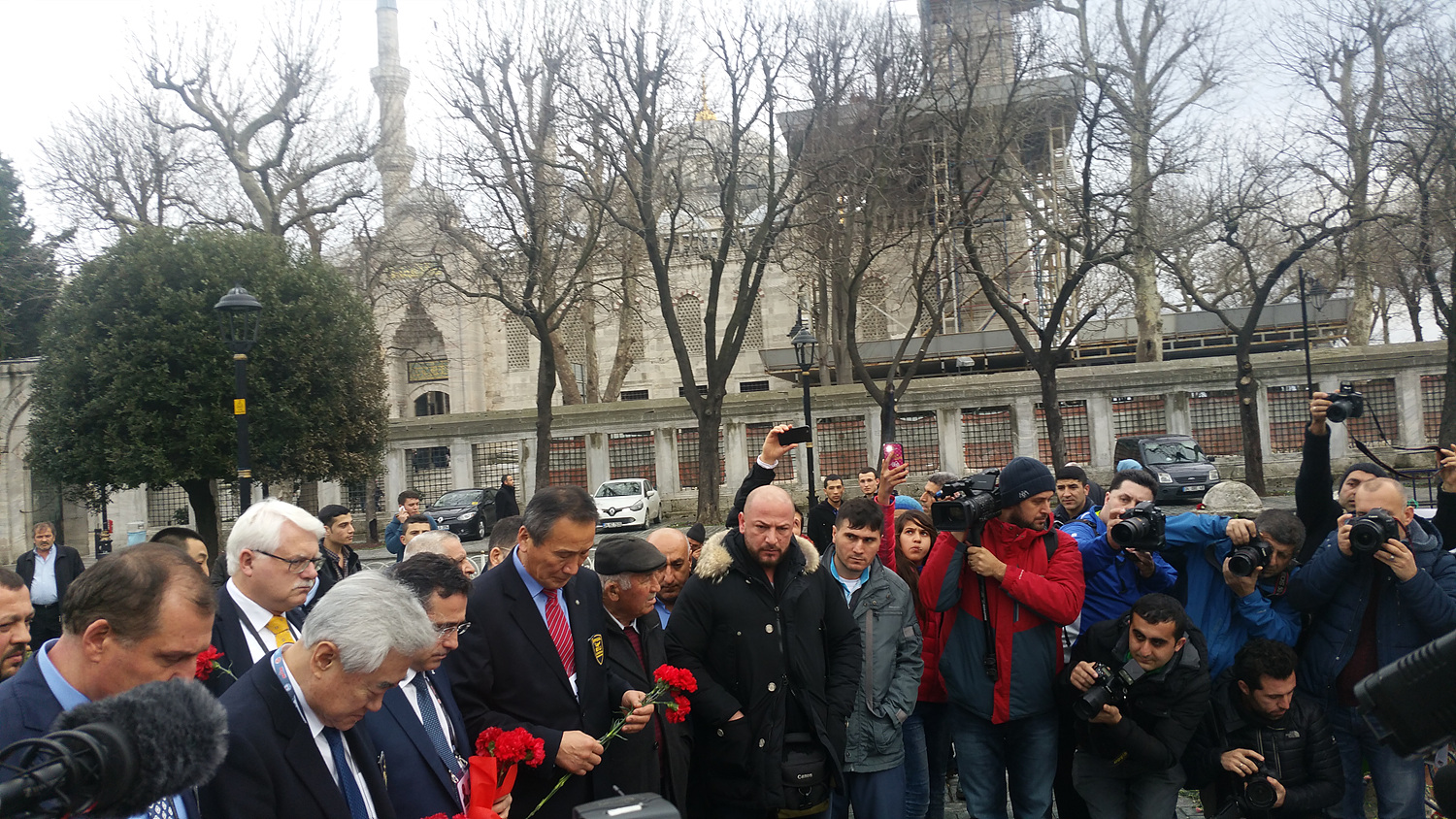 ISTANBUL, Turkey (January 16, 2016) The President of the World Taekwondo Federation (WTF) Chungwon Choue and a delegation of members of the WTF and the European Taekwondo Union (ETU) visited the place where a terrorist attack killed 10 people in Istanbul, Turkey.

President Choue and the delegations were in the city to observe the European Qualification Tournament for Rio 2016 Olympic Games and decided to pay the respects in the area near the celebrated Blue Mosque on the district of Sultanahmet.

President Choue brought flowers to the memorial created to remember the victims before giving a message of support to those affected by the attack. 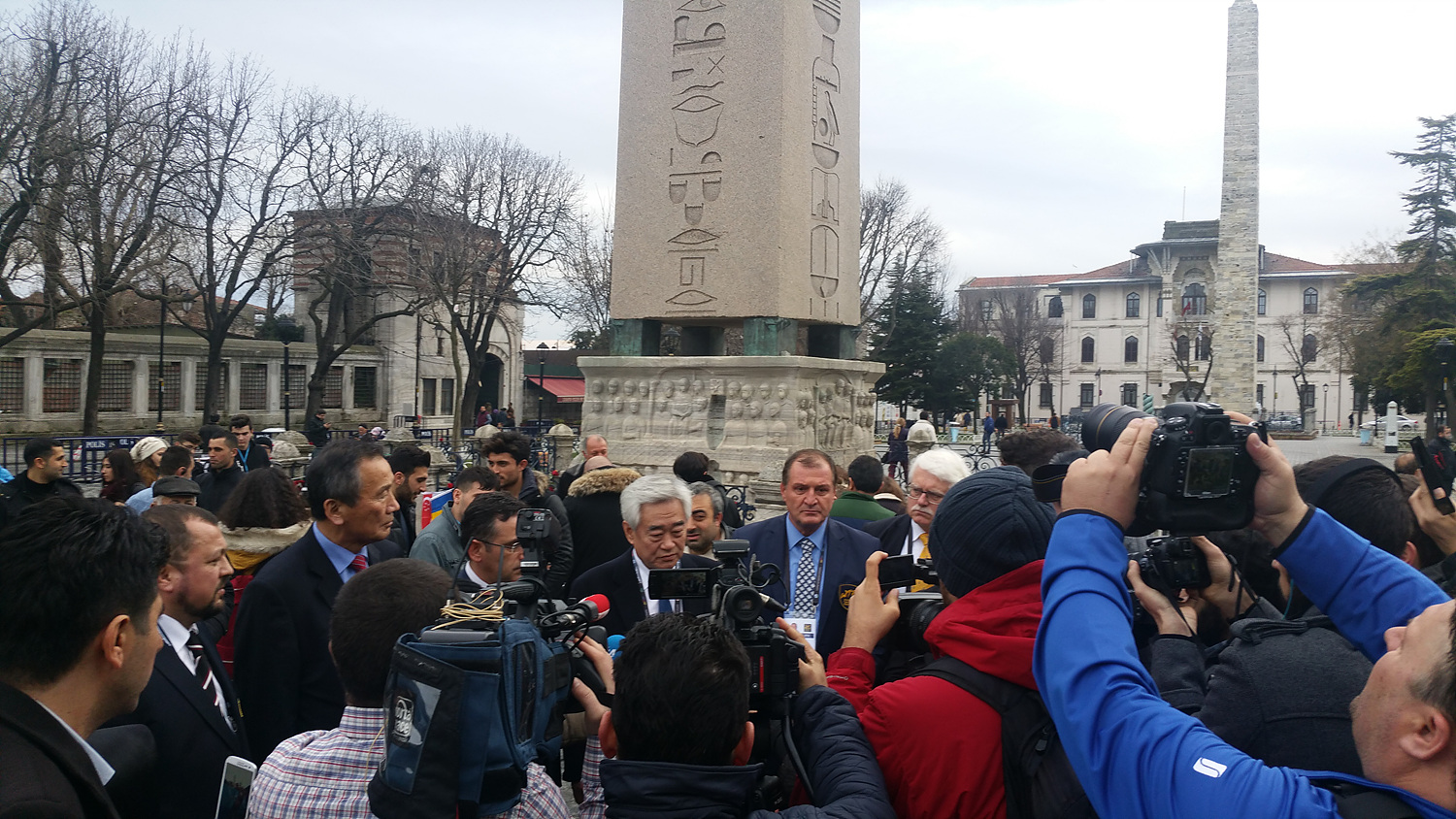 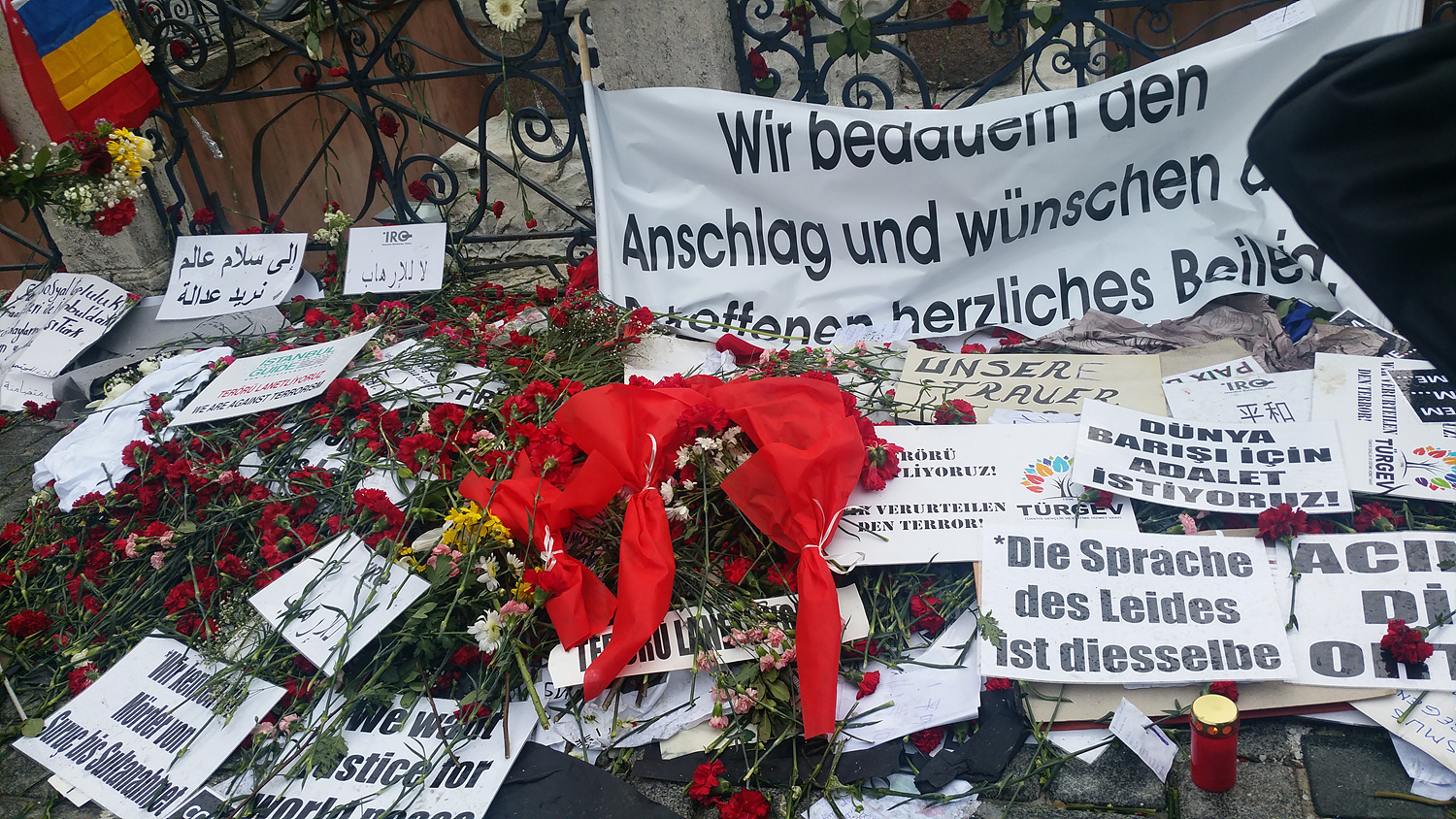 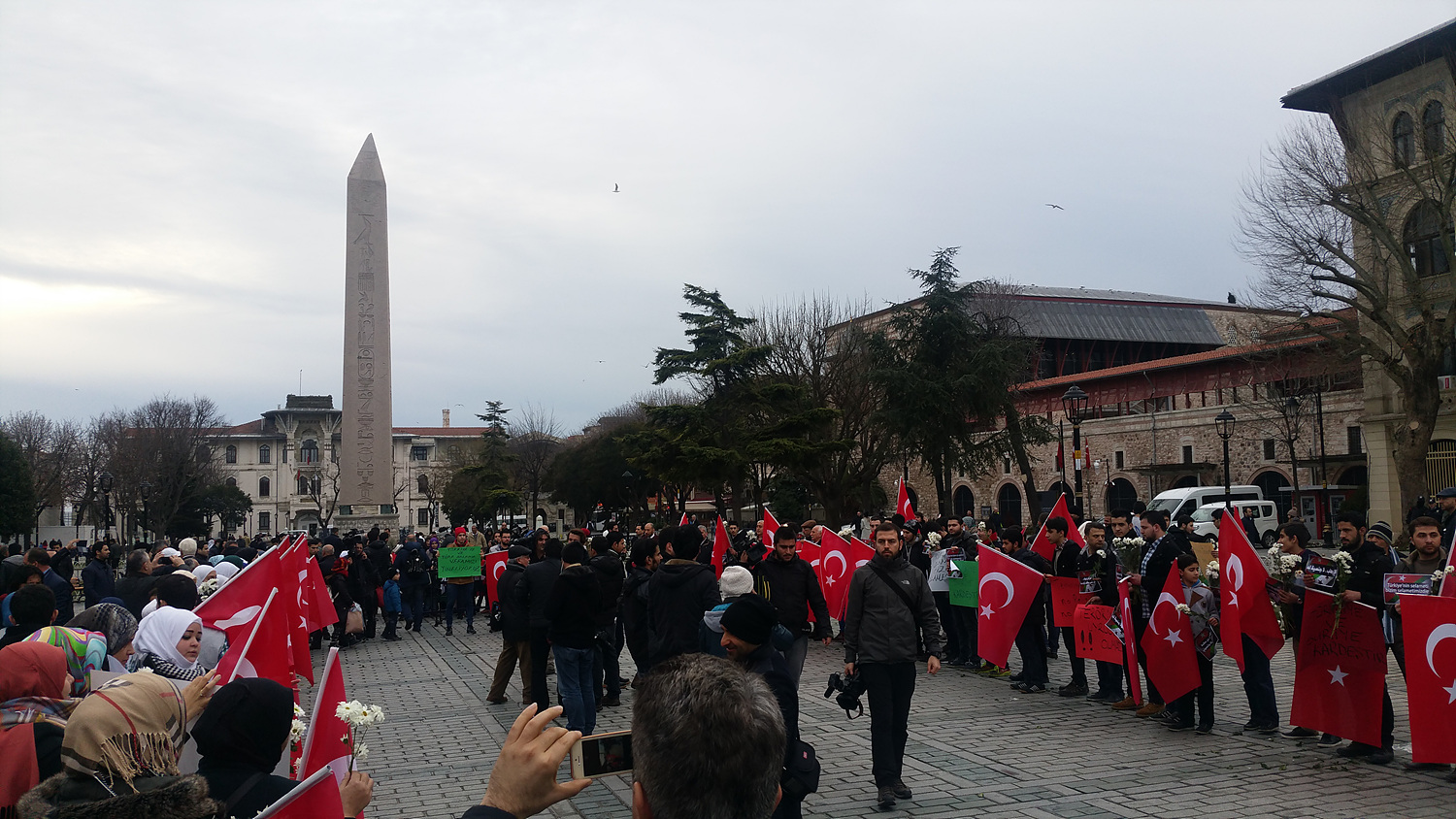