Under the theme “Road to Champions,” the Sri Lanka WT Cares Program started in early July 2019 for a one-year period, with the aim of empowering destitute children in Sri Lanka.

With the financial support of the ADF, WT now carries out one-year Cares projects in Nepal, Cambodia and Sri Lanka. WT plans to expand the Cares projects to Mongolia and Indonesia in 2020.

The opening ceremony, which took place at the Indoor Stadium of Kelaniya University, drew hundreds of people, including all the 83 students of the Sri Lanka Cares project, and all the taekwondo medalists at the 2019 South Asian Games.

The ceremony featured a special taekwondo demonstration by all the 83 students of the Sri Lanka WT Cares projects.

During the ceremony, one male and one female student of the WT Cares program make presentations on their taekwondo experience, both appreciating WT for the Cares program.

Dr. Choue also honored all the taekwondo medal winner at the 2019 South Asia Games in Nepal, and taekwondo officials.

“Through taekwondo education and training, I strongly believe that you will grow up as good global citizens and I wish some of you will be champions of international taekwondo championships,” said WT President Choue. 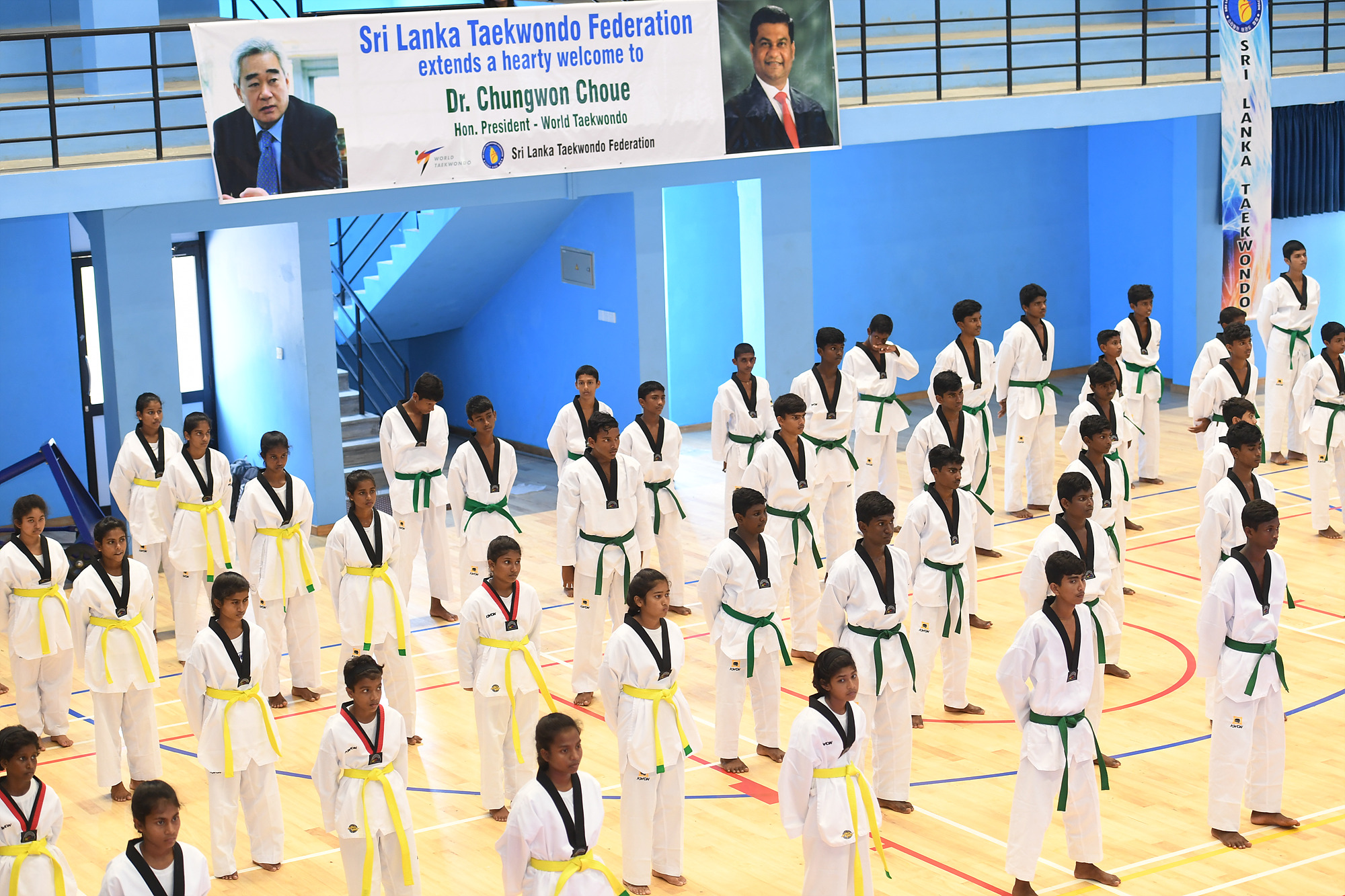 He continued to say, “As part of its efforts to fulfill its social responsibility for the mankind, WT is going all out to help empower the powerless, such as refugees, orphans and victims of natural disasters, around the world.”

On January 24, WT President Choue met with Sri Lankan Prime Minister Mahinda Rajapaksa at the National Assembly to present him with an honorary WT Dan black belt. Clad in Dobok, the Sri Lankan prime minister broke a board to receive the honorary taekwondo black belt, which was broadcast nationwide in Sri Lanka. The prime minister served as president of Sri Lanka from 2005 to 2015. 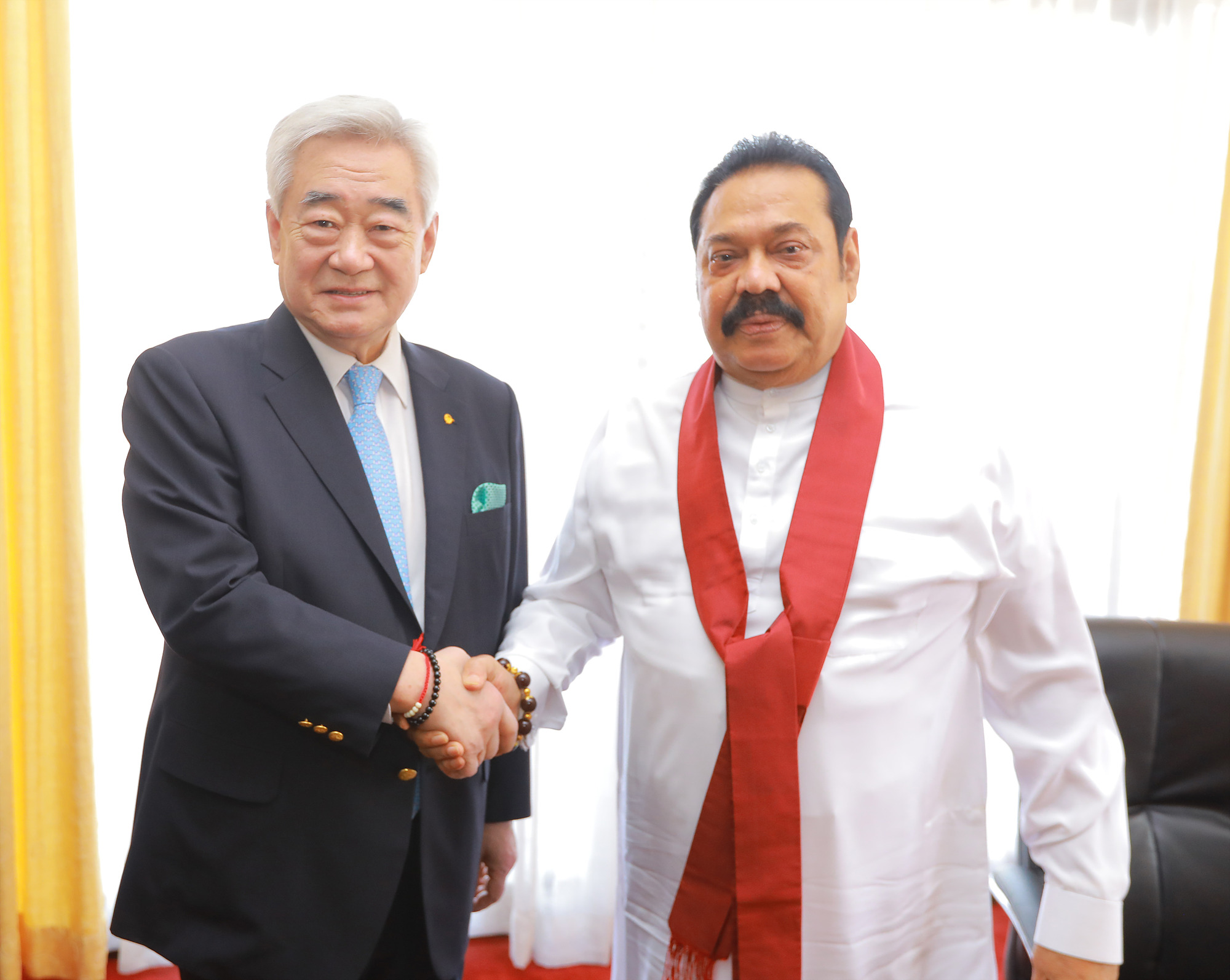 On January 23, a ceremony was held at the Olympic House of the Sri Lanka NOC to officially inaugurate the GCS International Sri Lanka Chapter.