AGADIR, Morocco – After 2017 saw Jean Claude Niringiyimana emerge as one of Africa’s top Para taekwondo fighters, the experienced Rwandan hopes to take the next step in 2018 by moving into the top five in the world.

Niringiyimana put the u61 kg K44 division on notice after finishing as Africa’s top fighter at last year’s African Open at home in Kigali, Rwanda. He followed that up with an impressive quarterfinal showing at last year’s world championships.

“I’m very thankful for the support of my country and my teammates”, he tells the IPC. “When you have teammates, you have a family.”

While his emergence as one of Africa’s top fighters was recent, he has been competing against able-bodied fighters since 2014.

“I only heard about Para taekwondo in 2016, when Rwanda was named host of the 2017 African championships”, he says, “and then I was recruited by the national team.”

Thanks to the support of the Rwandan federation, Niringiyimana spends up to 30 hours a week training – on his own at the gym, or with his able-bodied brethren at his club. He spends up to two months training with the national team before a competition, including a month-long pre-tournament training camp. 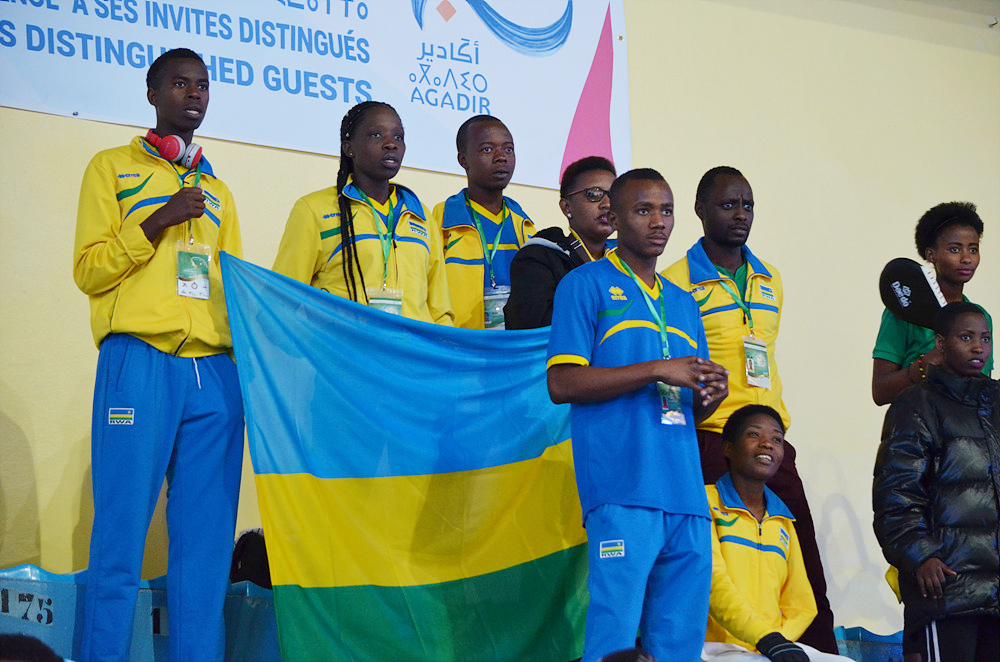 Rwanda’s top-ranked fighter finished 2017 ranked No. 13 in the world. His goal is to be in the world’s top five by the end of the year. The top four fighters in his division at the end of 2019 will automatically qualify for Para taekwondo’s Paralympic debut in Tokyo in 2020.

“This is the thing I value the most in my life [qualifying for Tokyo 2020]”, he tells the IPC. “It will be a big memory for me and for my family. It’s been my dream since I first started practicing Olympic sports.”

He credits the sport with already changing his life.

“Para taekwondo has really given a lot to me. I’ve discovered other countries and met different people from many countries. I’ve made so many friends”, he says. “It has also given me the hope of winning at the world level and the ability to teach others how to develop their skills.”

He credits his family for giving him the reason to join taekwondo. 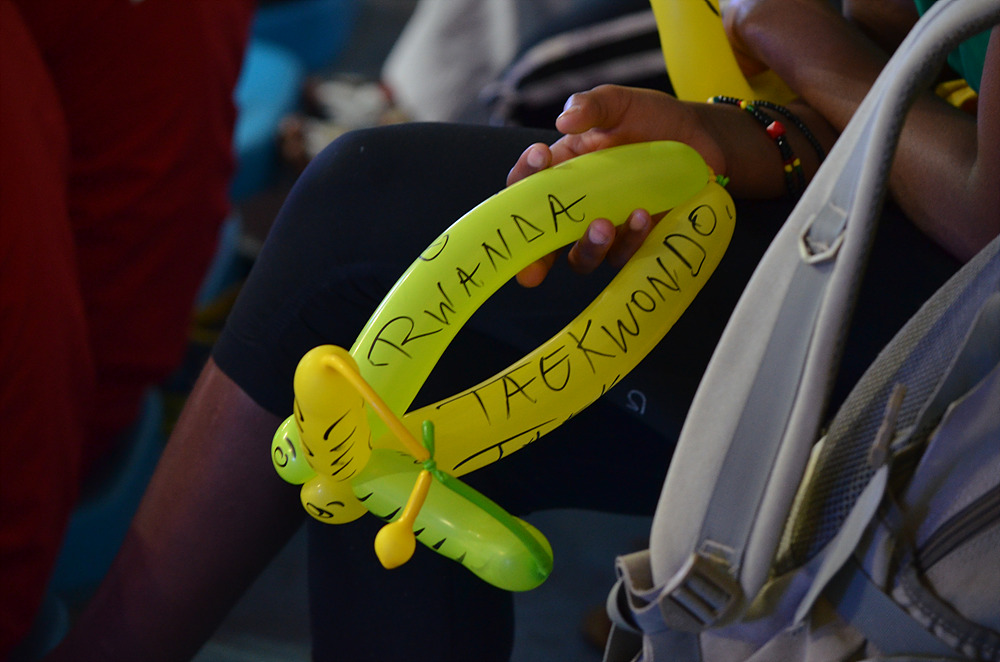 First step is the African Open

Niringiyimana’s first step in moving up the rankings is at this week’s African Open in Agadir, Morocco. The event has attracted 97 fighters from 27 countries – almost double that of last year’s championships in Rwanda.

Morocco leads the way with 22 athletes competing in front of the home crowd in Agadir. The team is led by long-time captain Abdennour Elfedayni (men’s u61 kg K41), his division’s first world champion in 2009, and world No. 2 Rajae Akermach (women’s +58 kg K44), who are both looking forward to competing at home.

“It’s special because there will be more fans there supporting us, because our families will be there to support us”, says Akermach. “But it’s also more stressful because you want to get the gold medal, so there is more pressure on your shoulders”, adds Elfedayni.

“I want to do well at my first competition to show Cameroon that there are fighters in Para taekwondo”, says Cameroon fighter Alain Clovis Mbassi Eleme (men’s u75 kg K40). “I want to promote the sport, find more athletes, and grow it in Cameroon.”

There is also a record number of women athletes competing, 21 fighters from 11 countries.

“It’s comforting to see more women athletes coming”, says Gen. Fouly. “We get the feeling we’ve only scratched the surface of the full potential of the sport in Africa.”

He talks with pride about the African performance at the 2016 Olympic Games, where African taekwondo fighters won five medals. He hopes to see Africa medal at Para taekwondo’s debut in Tokyo in 2020 as well

Lee Reaney | Reporting for the IPC

UPDATE: Niringiyimana lost his African Open Round of 16 bout to Morocco’s Ayoub Adouchi 8-4.