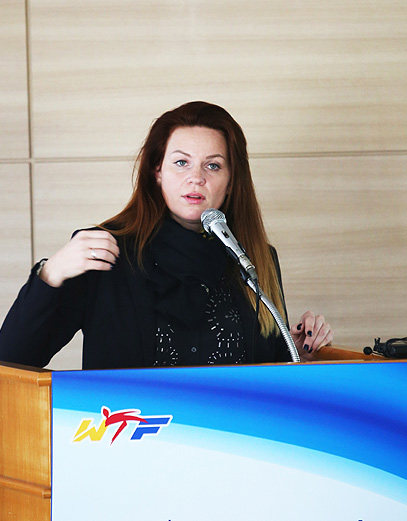 (October 26, 2016) – The World Taekwondo Federation (WTF), as it starts walking the long road from Rio 2016 to Tokyo 2020 has sent a strong message: It wants to hear the voices of the top coaches in the sport as the game evolves.

That was the response of Chairperson of the WTF Coaches Committee Myriam Baverel, after attending the inaugural WTF Coach Seminar, which took place on Oct. 17-21, 2016 in Seoul.

“By organizing the coach forum, the WTF delivered a very strong and positive message to the coaches: ‘We are considering you and we need you!’” Baverel said. “The WTF has given the best coaches in the world the opportunity to express their opinions and mention their ideas to contribute to the evolution of taekwondo.”

Changes to the game are expected early next year. In the months to come, the suggestions made by the coaches are to be filtered through the WTF Technical and Development Committee and Executive Committees, before being placed during the WTF General Assembly in Burnaby, Canada, in November.

“With a better understanding of our respective constraints, discussions and solutions become possible,” she said. “What I hope for after this event is that dialogs are facilitated and all stakeholders are engaged.”

Like many members of the taekwondo family, Baverel acknowledges the changes that the PSS has bought to the game.

“Protector and Scoring System(PSS) companies have worked very hard to achieve the objectives of making taekwondo fair and transparent, and the WTF changed the rules,” she said. “Coaches adapt their strategy and training methods, and athletes create and innovate their sports. These different logics have made the game what it is today.”

This suggests that there is a pressing need for advances in the PSS. “In my opinion, we are now at the point where technological evolution will have the greatest impact on future changes,” she said.

A native of Chambery in the French Alps, Baverel’s early sporting love was figure skating. She started taekwondo at age 16, and continued until 23. During that short but intense period, she fought in two Olympics, and won silver in Athens. She has 11 years coaching experience, having coached the French Junior National Team and the French Senior Male and Female National Team. The most recent achievement of Baverel and her crew was the silver medal won by Haby Niare in Rio. 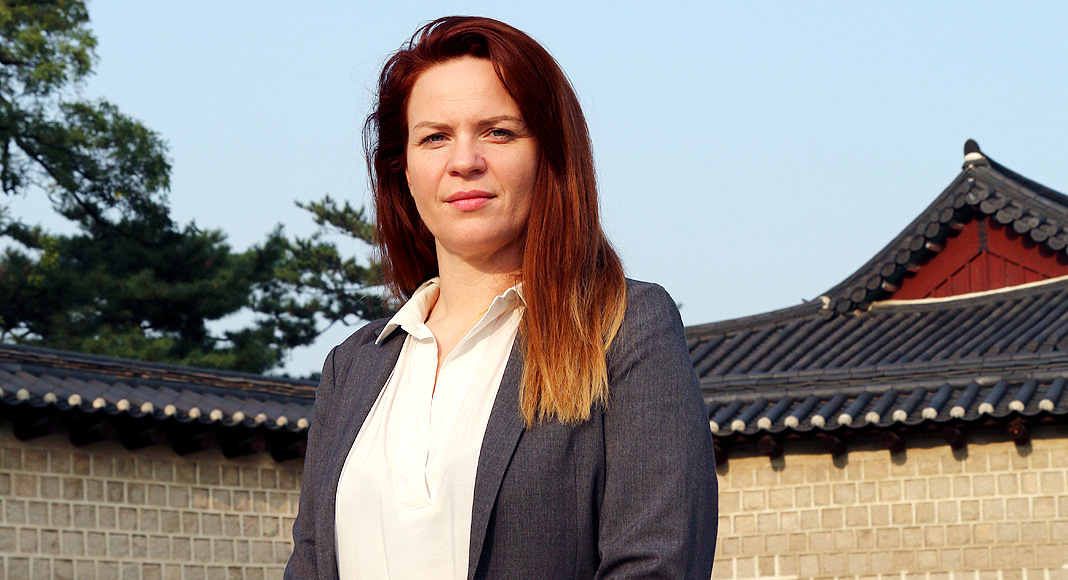 She has chaired the WTF Coaches Committee for the last two years, and as one of the very few coaches in elite-level taekwondo who coach both male and female teams, has strong ideas about gender equality.

“To encourage more women in leader positions, we must create the conditions to allow the differences and enjoy the benefits of gender diversity,” she said. “Mentality changes take time, and evolution occurs only through strong political will.”

The will clearly exists. “This is what WTF President Chungwon Choue did in an exemplary way by ensuring that there were 50 percent female referees in Rio,” she said.

But is it appropriate for females to coach males – or vice versa?

“For me, and according to scientific studies that have been conducted, there is no gender specificity in terms of management – only individual characteristics of athletes,” she said. “My approach as a coach is the same and equally effective regardless of gender.”

Regardless of gender, what, in modern taekwondo, is the role of the coach?

“High-level sport is a lifestyle choice,” Baverel said. “My role as a coach is to provide the best support to athletes who have chosen this way of life as a personal fulfillment.”

And that process, Baverel insists, extends beyond sport.

“My goal is to maximize their potential and help transfer this approach to their lives and future projects,” she said. “Becoming a champion is all about becoming a nicer person, a better citizen of the world, an example for society.”