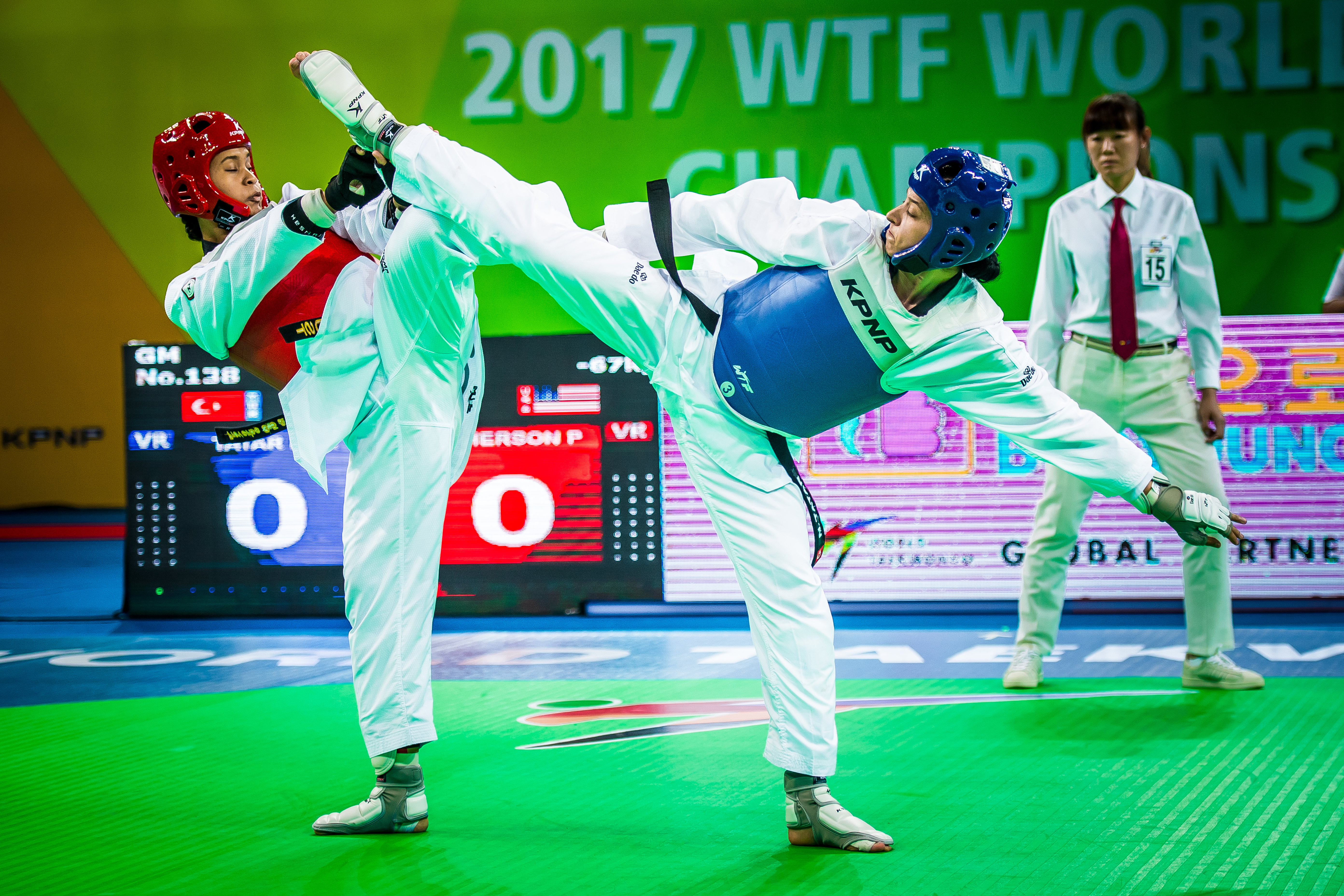 SEOUL, Korea (May 7, 2019) -The Manchester 2019 World Taekwondo Championships will take place in Manchester, Great Britain, from May 15-19, with distinguished guests, a futuristic camera rig and a team of special athletes all joining the proceedings.

The Manchester 2019 World Taekwondo Championships mark the first time the event has come to Great Britain. The event, to be held in the iconic Manchester Arena, will feature seven mats, allowing the tournament to be compressed down into just five action-packed days.

975 athletes from 150 countries and one refugee team under World Taekwondo’s (WT’s) flag will be competing in 16 weight categories (eight men, eight women). And with 2019 being a pre-Olympic year, the battles in the Manchester will offer taekwondo fans a preview ahead of Tokyo 2020. 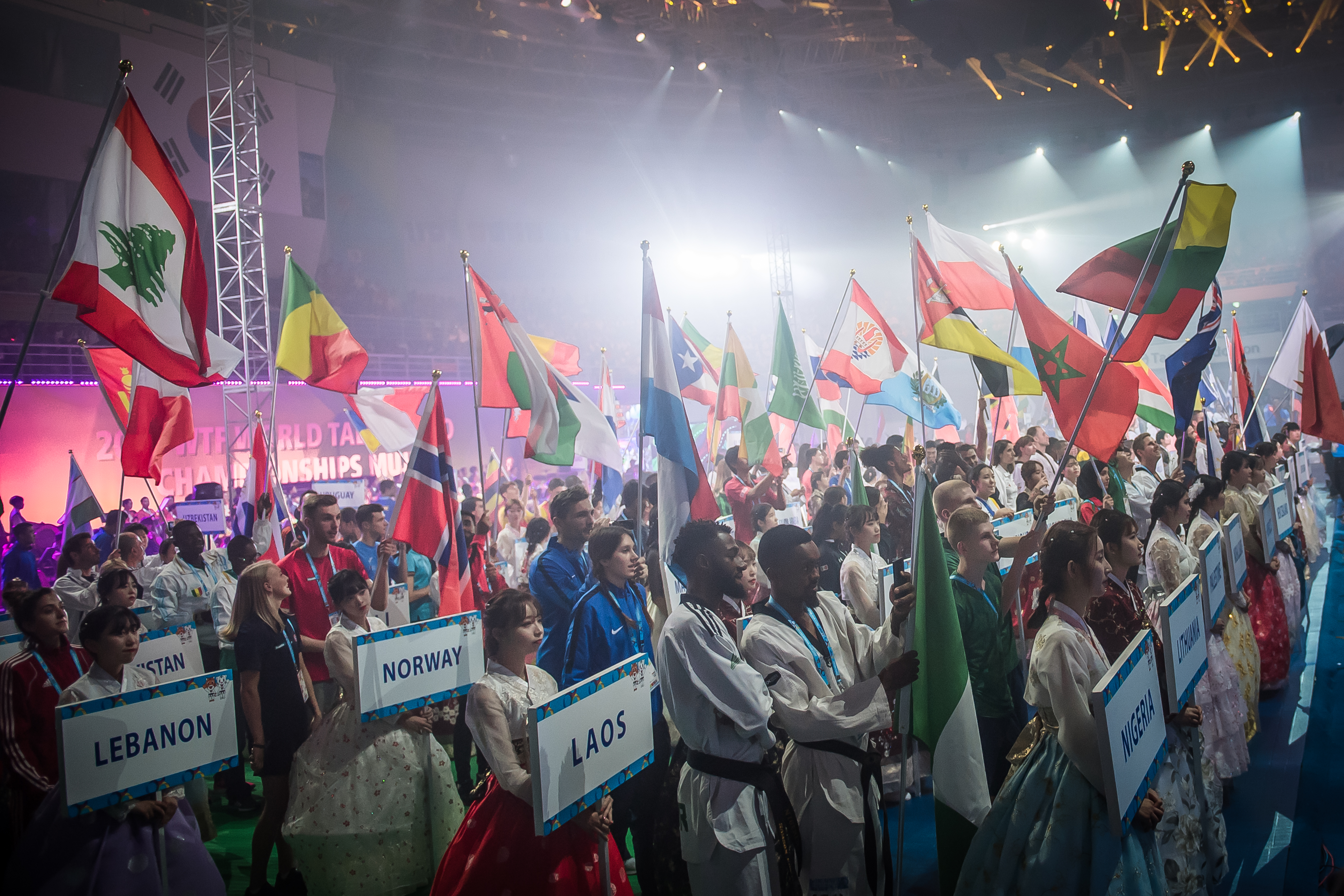 For the first time in the history of the World Taekwondo Championships, a 4D camera rig – pioneered in the Grand Slam Champions Series, held in Wuxi, China, over the last two years – will be set up around the central court to capture all matches including semi-final and final. The system provides 360-degree scans of the action, enabling viewers to see every angle of the athletes’ spectacular acrobatics and providing “Matrix”-style visual effects. 4D camera will be used at the Tokyo 2020. 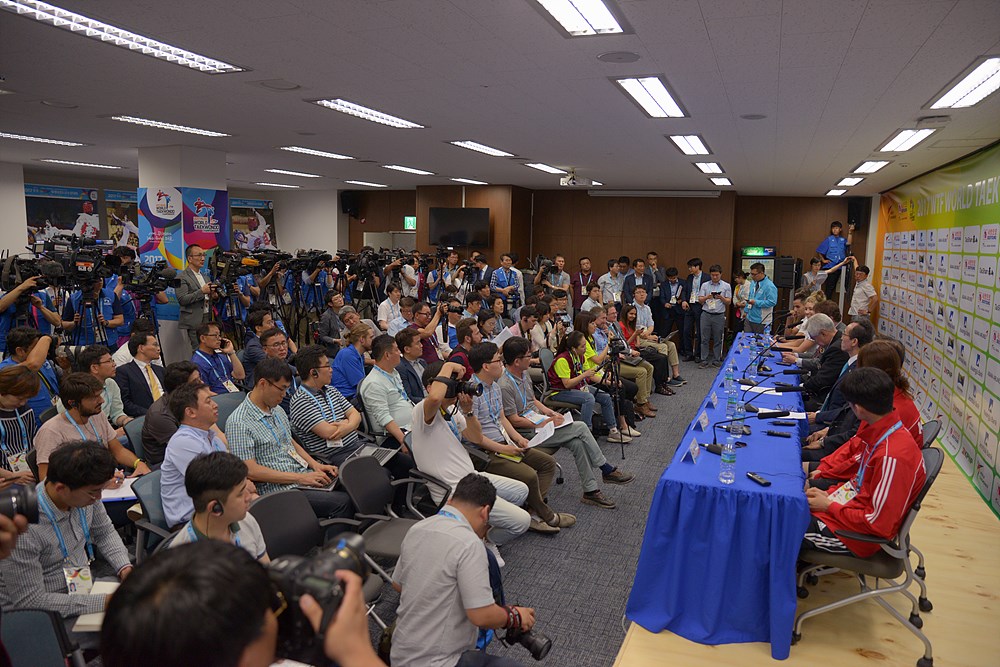 In accordance with WT policy, a team of refugee athletes will be fighting in Manchester under the WT’s flag. The inclusion of a Refugee Team reflects WT’s commitment to providing opportunities for all people to compete in taekwondo and the team’s participation will serve as an inspiration for refugees around the world.

A number of WT activities will also take place on the sidelines of the championships.

On May 12, an all-day conference on Sport for Social Development, Safe Sport, Integrity and Compliance will be held with speakers including WT President Chungwon Choue and Claude Marshal, the Sports Coordinator for the UN High Commissioner for Refugees.

The following day, May 13, a WT Council Meeting will take place, followed by a WT General Assembly on May 14.

The World Taekwondo Athletes’ Committee election will be also held. There are 11 candidates vying for the four seats on offer. The results of the election will be announced at the Closing Ceremony. WT is committed to ensuring that athletes play a direct role in the governance of the sport and the Athletes’ Committee is critical in making sure the athletes’ voice is heard.

“The World Championships are, in terms of the numbers of athletes and countries represented, the biggest event in taekwondo,” said WT President Chungwon Choue. “We look forward to bringing this premier-league competition to Manchester – a city that has not just a great heritage in sports, but also a great heritage in taekwondo.”