(September 29, 2017) – In a sport known for its nice-guy players, Mahama Cho is one of the nicest. And yet, he maintains a “hit list” of targets that he wants to “cross out” – a list that comprises some of the baddest fighters on earth.

Indeed, it is difficult to imagine Cho – who won heavyweight gold at the Rabat Grand Prix with a spinning kick that delivered a technical knockout – being pushed around today by anyone. 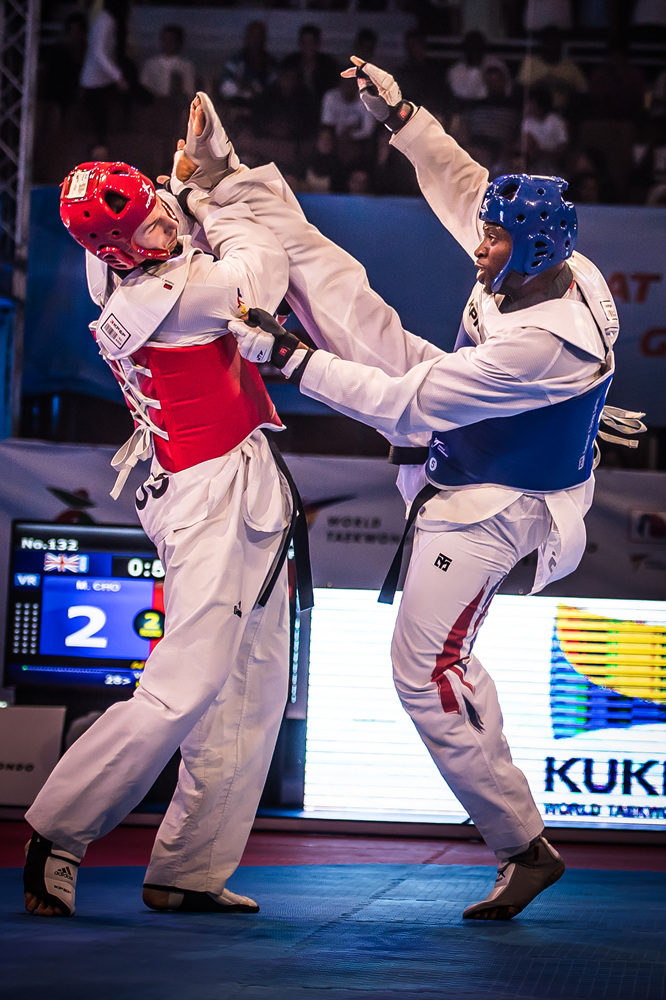 “With the speed and athleticism in our team – they are fast, they are agile, they take action all the time – I have to catch up with them, and I think if I can perform against them, it should be much easier against the heavyweights,” he said. “I want multiple action – I want to kick more than once. The team pushes me to do that.”

At home base in Manchester, the mecca of British taekwondo, hard training is the name of Cho’s game. Injury free – “I am a healthy baby!” he said –  he reckons he trains harder than any other heavyweight. “Every day is an opportunity to build strength.” 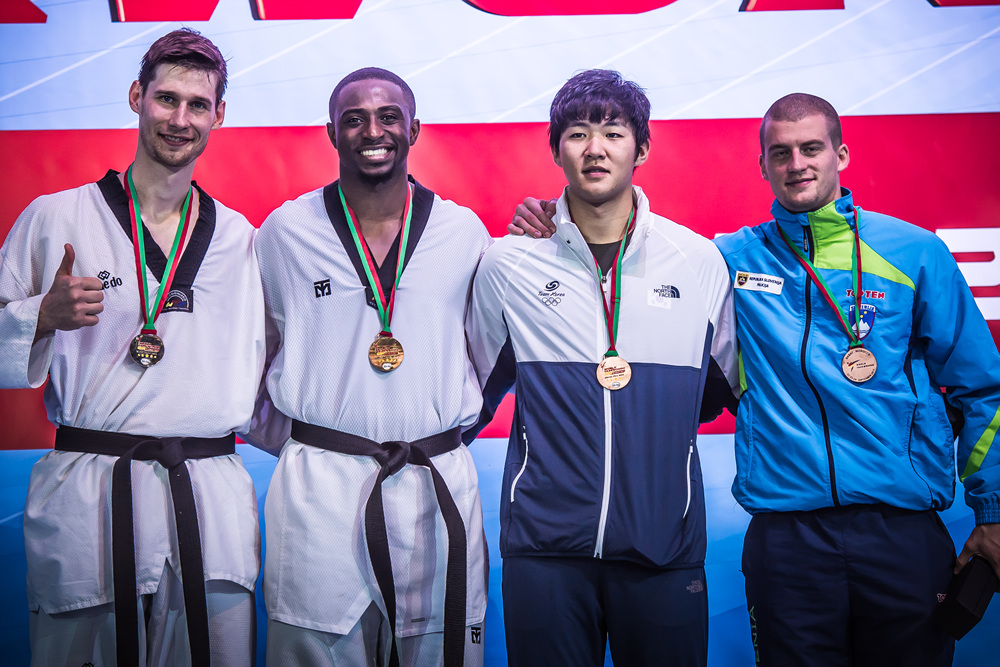 This brings us back to Cho’s current “hit list” – a list comprising those fighters who have beaten him, but who he has not yet beaten. His win in Rabat qualifies him for the upcoming Grand Slam Champions Series, which will offer the biggest prize money in taekwondo history. It will also offer him an opportunity for revenge. “I am excited to get an opportunity to rectify unfinished business,” he said. “To be the best, you have to beat the best.” Topping his list are Rio 2016’s gold and silver medalists: the towering duo of Azerbaijan’s Radik Isaev and Niger’s Abdoul Razak Issoufou Alfaga.