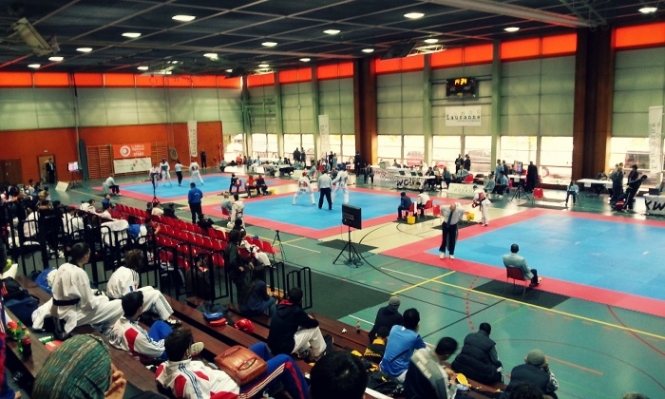 The Swiss city of Lausanne is ready for the upcoming 4th World Para-Taekwondo Championships and the 2013 Swiss Open.

The 4th World Para-Taekwondo Championships, which will take place at the Centre Sportif de Grand-Vennes in northeastern Lausanne on June 8, are expected to draw a total of 87 male and female athletes from 26 countries, according to the organizers.

Modified competition rules will apply to the championships. Attacks on the head are prohibited and the duration of contest will be three rounds of one minute with a one-minute break between rounds. A Daedo protector and scoring system (PSS) and an instant video replay system will be introduced.

The competition of the World Para-Taekwondo Championships will be held between 2 p.m. and 5 p.m., with the final matches taking place shortly after the opening ceremony.

The opening ceremony of both events will take place at the competition venue from 5 p.m. on June 8.

A total of 30 international referees will officiate at the two championships.

There will be the WTF Council meeting at the headquarters of the International Olympic Committee in Lausanne from 2 p.m. to 6 p.m. on June 7, one day before the 4th World Para-Taekwondo Championships.

There will be progress reports on the 2016 Rio Olympic Games and the World Grand-Prix series.