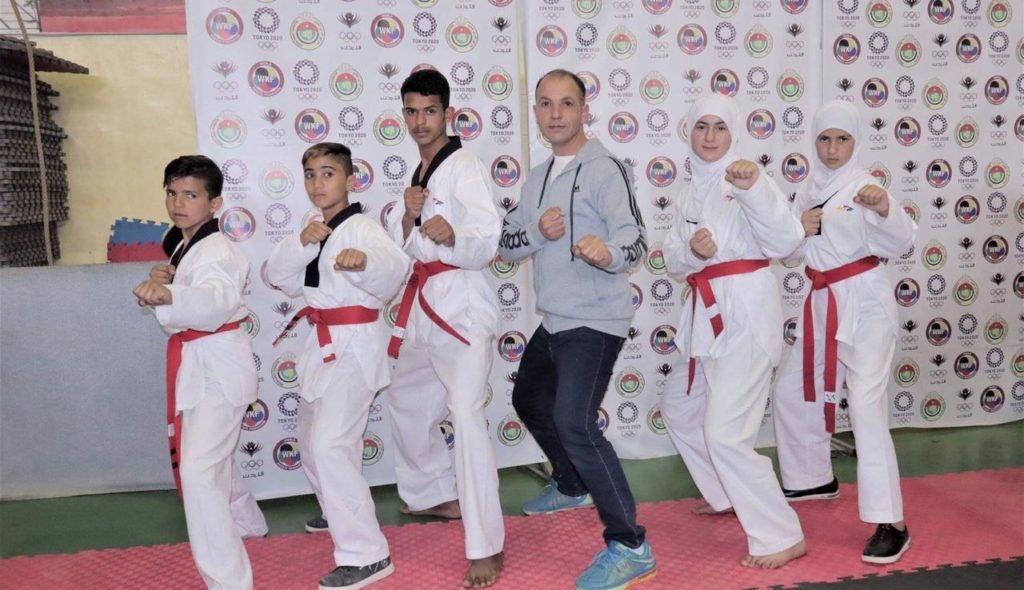 AZRAQ, Jordan (March 23, 2019) – Taekwondo Black Belts are pouring in at Azraq Taekwondo Academy as five refugee participants passed their black belt test at the Prince Rashid Bin El Hassan Hall in Amman on March 23rd. This brings a total of 8 participants proving taekwondo mastery at the camp’s academy after Abed El Karim obtained his in November 2018, Yahya Al-Ghoutani in October, and Wael Al-Farraj in November 2017. Amongst the five new ‘graduates’ are two female participants, sisters Asma and Rayan, a first for both Azraq Taekwondo Academy and for all THF academies in refugee camps!

The five students who have reached the Taekwondo Black Belt 1st Dan are:

The achievement is especially notable as it occurs just slightly after the one-year anniversary of the construction of THF’s Taekwondo Academy in Azraq Refugee Camp. The new graduates have set the bar high but with the amount of talent and ambition in Azraq Academy, there are high hopes for the future with most likely new black belts to be expected further in the year.

The Academy’s coach, Asif Sabbah, who has been training all students from Azraq Academy since day 1, reported about his students’ feat from last Sunday that “the judge greatly admired their performance, and specifically called on Mohammed Sulaiman to ask him where he trains and how his movements were so sophisticated.”

Furthermore, Coach Asif said “I am very happy with them and this achievement coincides with the first anniversary of the opening of the Academy. This achievement is for all of the individuals who contributed and share the happiness of the participants.”

Not wasting any time, Asif Sabbah is already encouraging the newly promoted black belts to assist in coaching the training sessions and help their peers’ progress on their taekwondo journey. 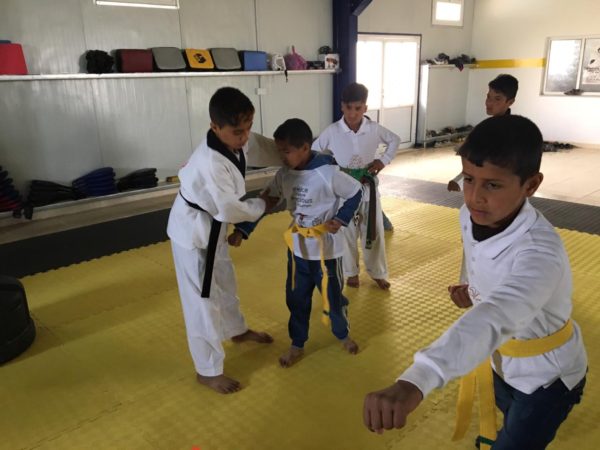 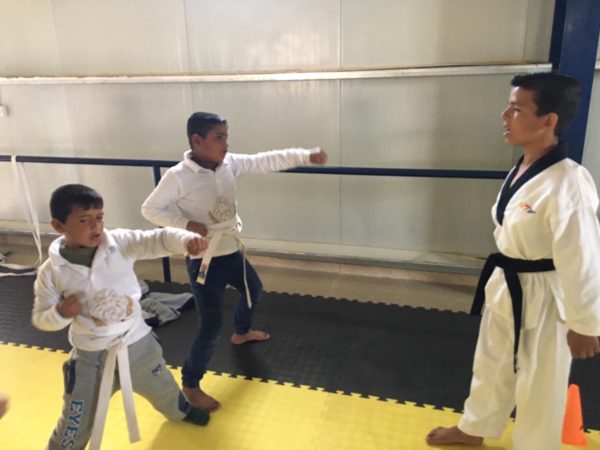 The Taekwondo Humanitarian Foundation would like to thank in particular His Royal Highness, Prince Rashid Bin El Hassan, and the Jordan Taekwondo Federation, for exempting the Academy’s students of the black belt examination fees. A big thank you also goes to THF supporters and contributors worldwide without whom this achievement would not have been possible.

You can find a video of their story below!