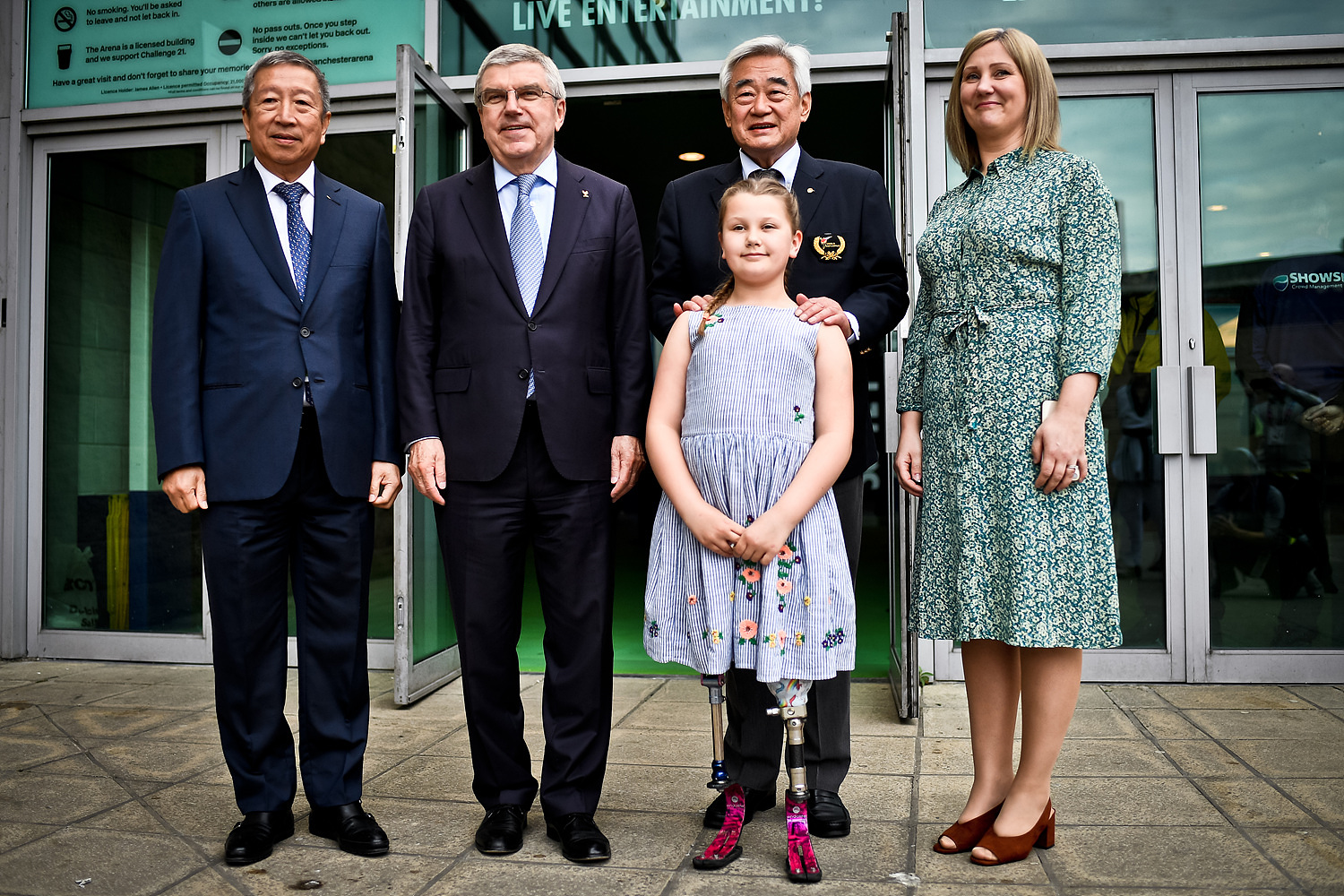 IOC President Bach, who was joined by IOC Sports Director Kit McConnell, was treated to the very best of taekwondo as the competing athletes showcased the drama, athleticism and breath-taking excitement which is synonymous with the sport. Encouraged by the deafening crowd, Great Britain, Thailand, and Italy took gold.

During his visit, President Choue introduced President Bach to young taekwondo athlete, Maisie Catt. Catt, a double leg amputee, is part of the national GB taekwondo academy squad and an inspiration for young taekwondo practitioners around the world. 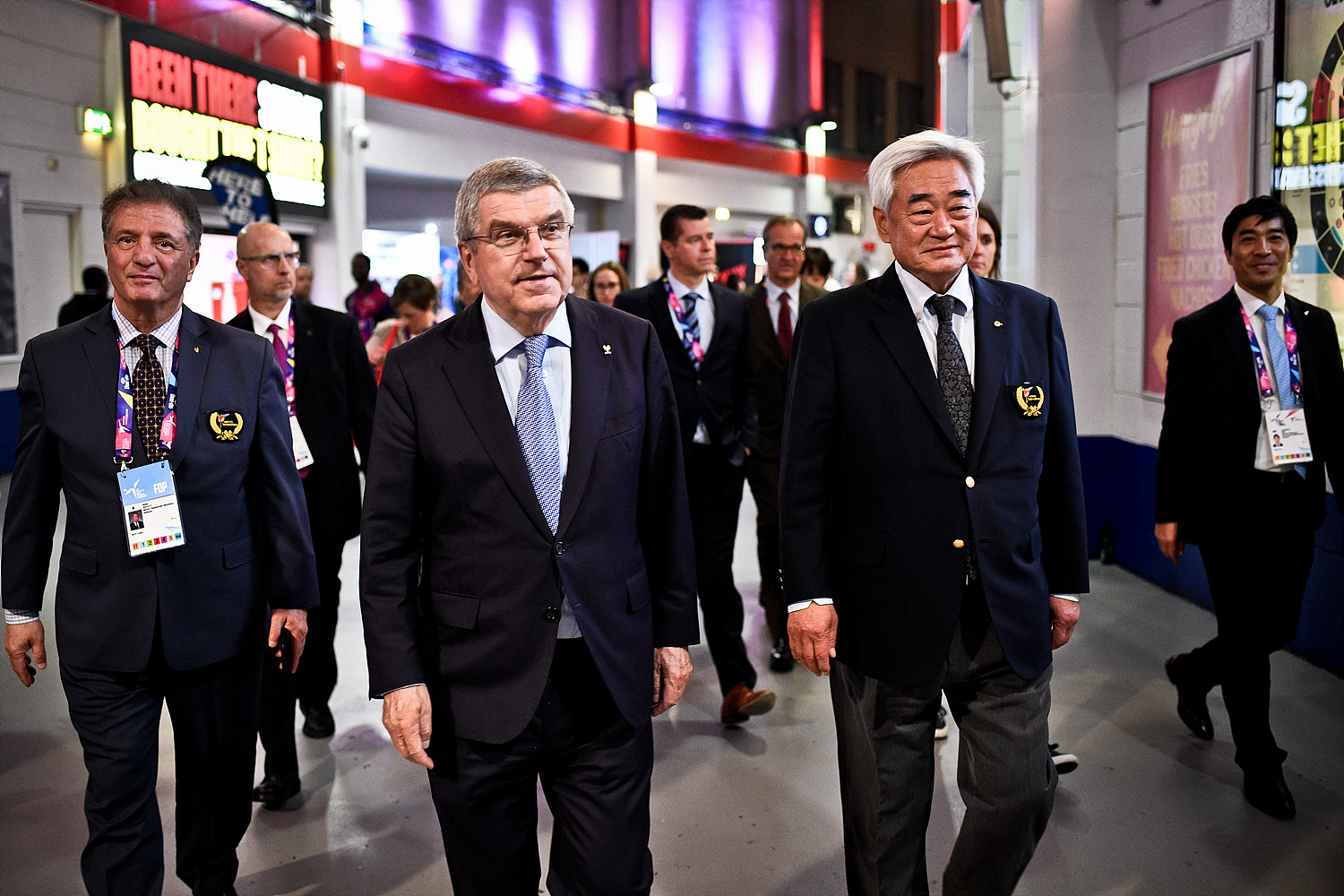 The two Presidents visited the Taekwondo Humanitarian Foundation (THF) booth, where they met with members of the Refugee Team who are competing at this year’s World Championships.

They were also treated to a showcase of the taekwondo e-sports game by World Taekwondo Athletes’ Committee Co-Chair Pascal Gentil. The first-person, interactive game is currently being developed and fuses the virtual world with real-life exercise as players are immersed into a virtual taekwondo match where they themselves have to kick and punch to win.

“These were truly spectacular world championships with the sporting action matched only by the excitement and enjoyment of the crowds. And with 150 nations represented, Taekwondo is really showing that it is a global sport for big and small nations alike.”

“It was a pleasure to host IOC President Thomas Bach here in Manchester for our record-breaking World Championships. President Bach has always supported our beloved sport and I thank him for being here with us to witness some of the world’s best taekwondo athletes in action. 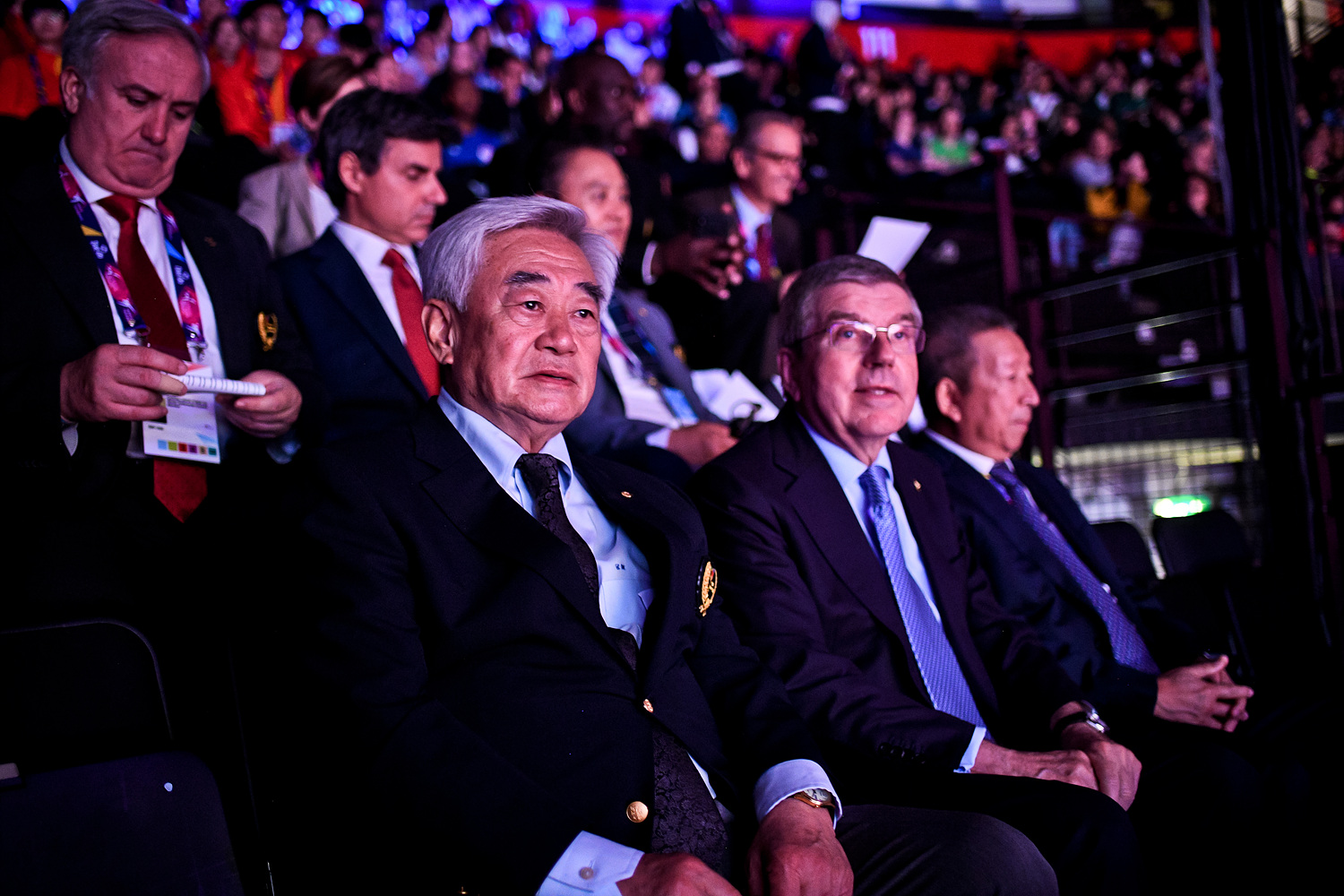 “We were also grateful to have the opportunity to show President Bach some of the other initiatives we are working on at the grassroots level including our work with refugees around the world and our new e-sports game. These initiatives are very important in helping us fulfil our social responsibility and ensuring we deliver on our mantra that peace is more precious than triumph.”

The record-breaking Manchester 2019 World Taekwondo Championships conclude tomorrow (19 May) and have involved 975 athletes from 150 countries plus one Refugee Team. 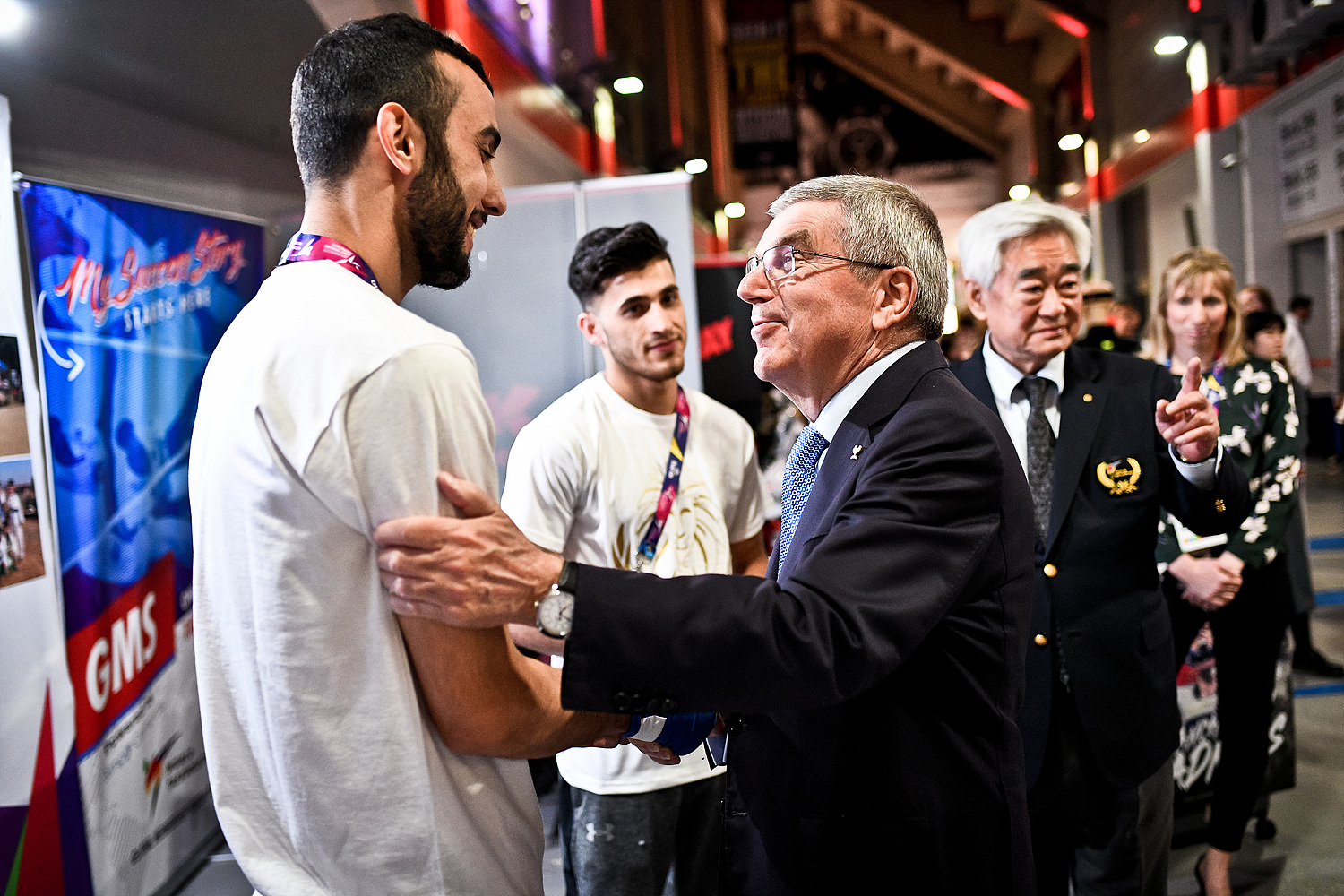 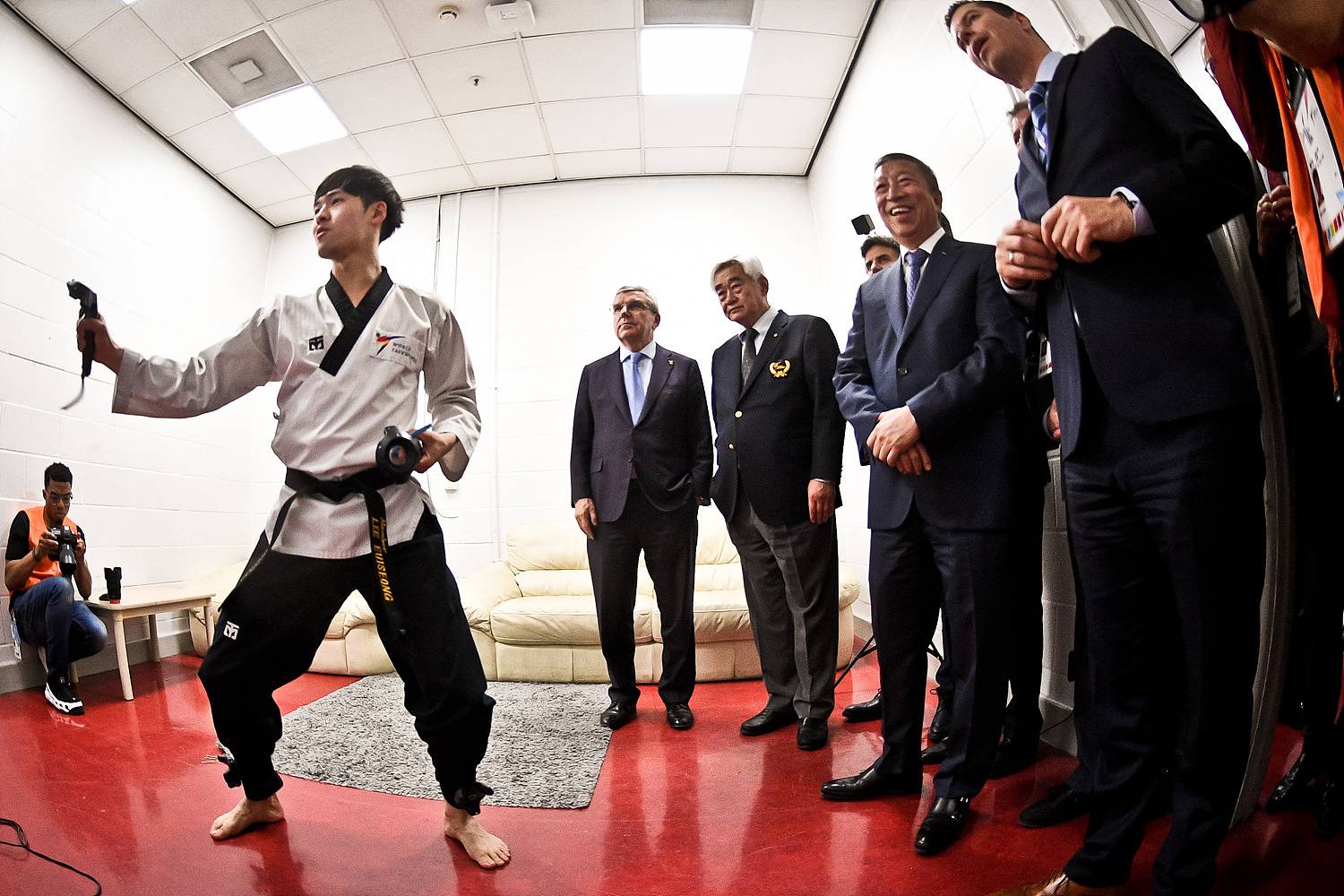 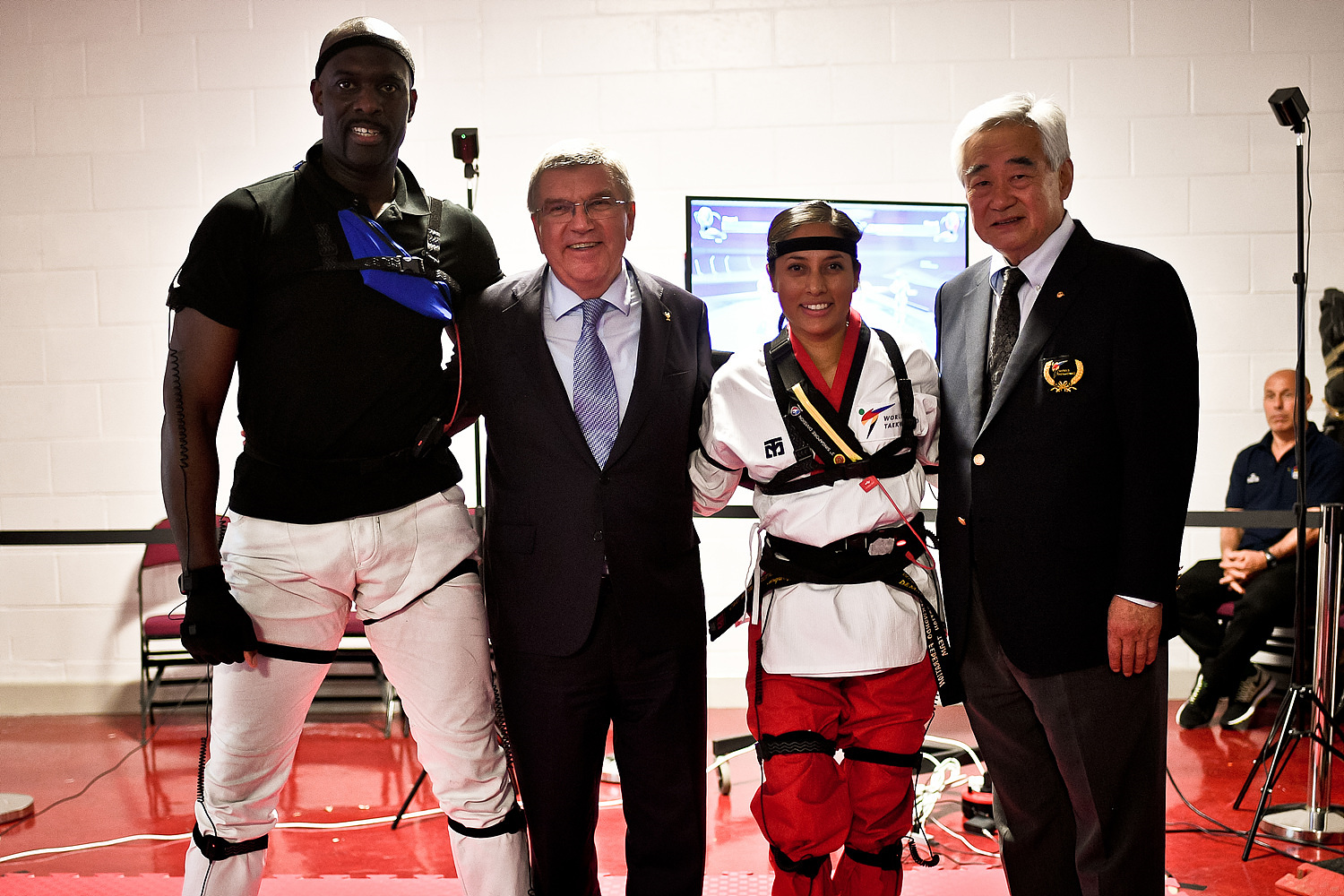 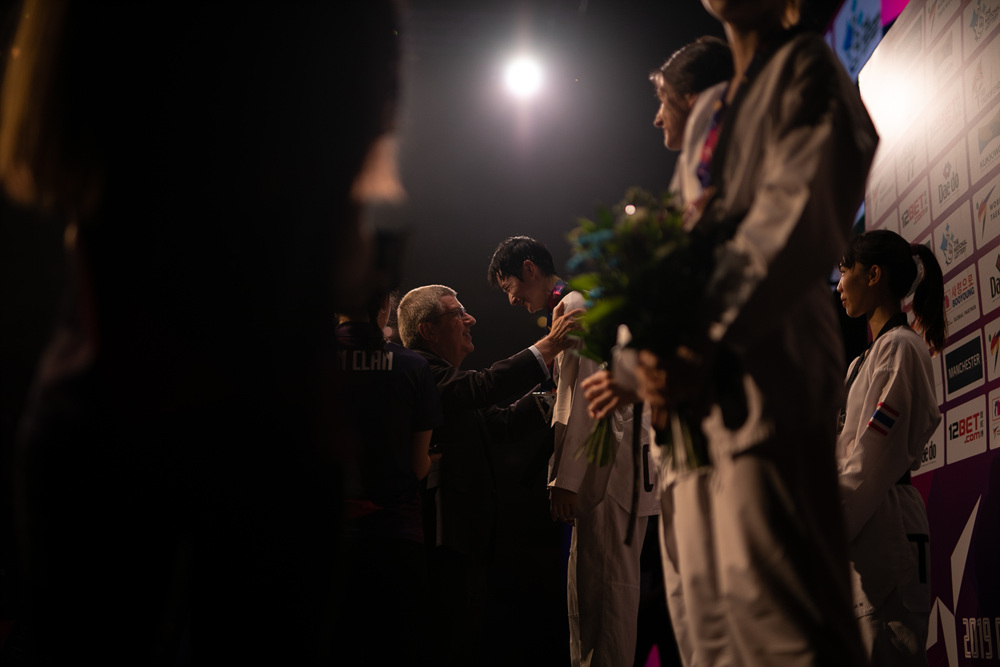 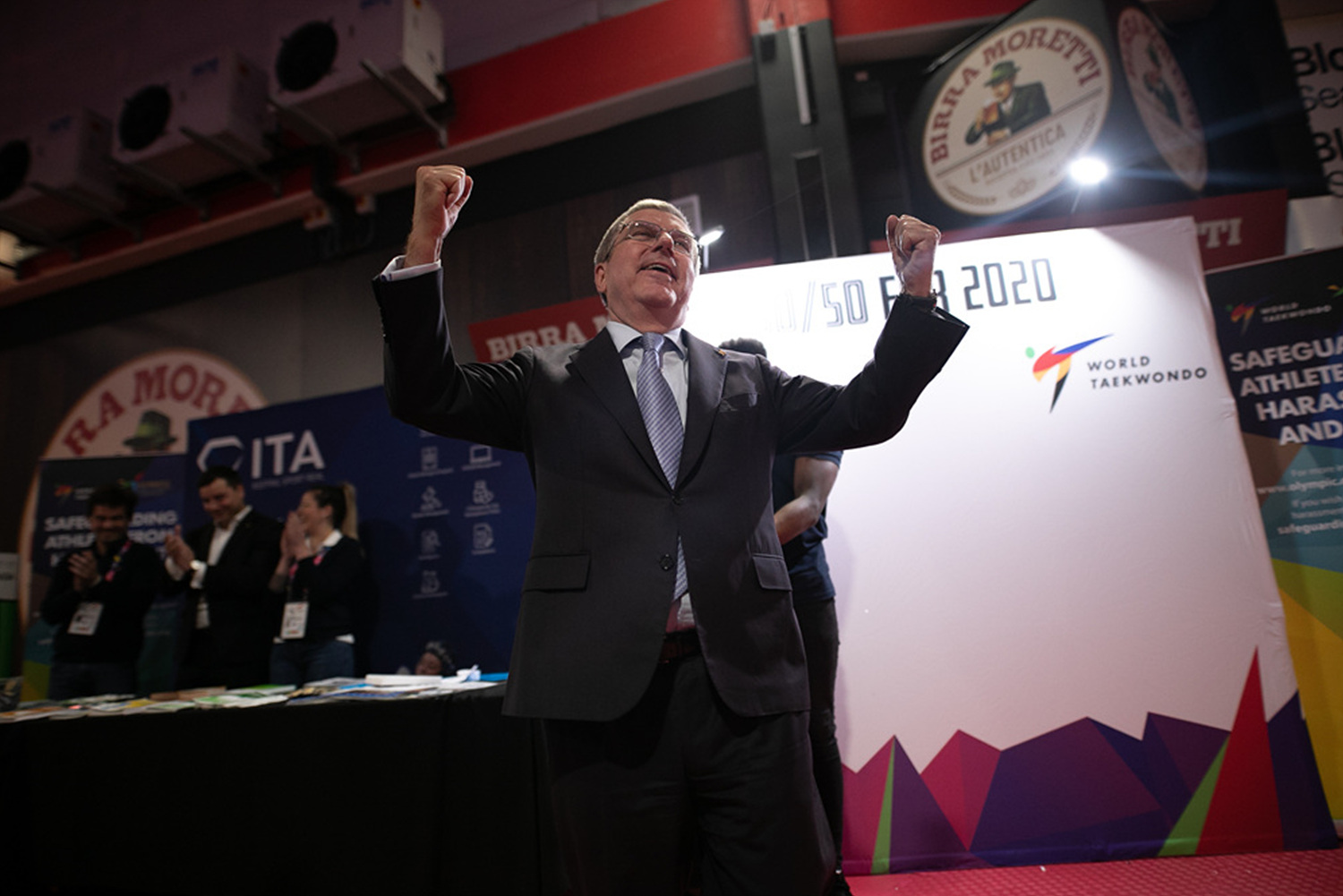 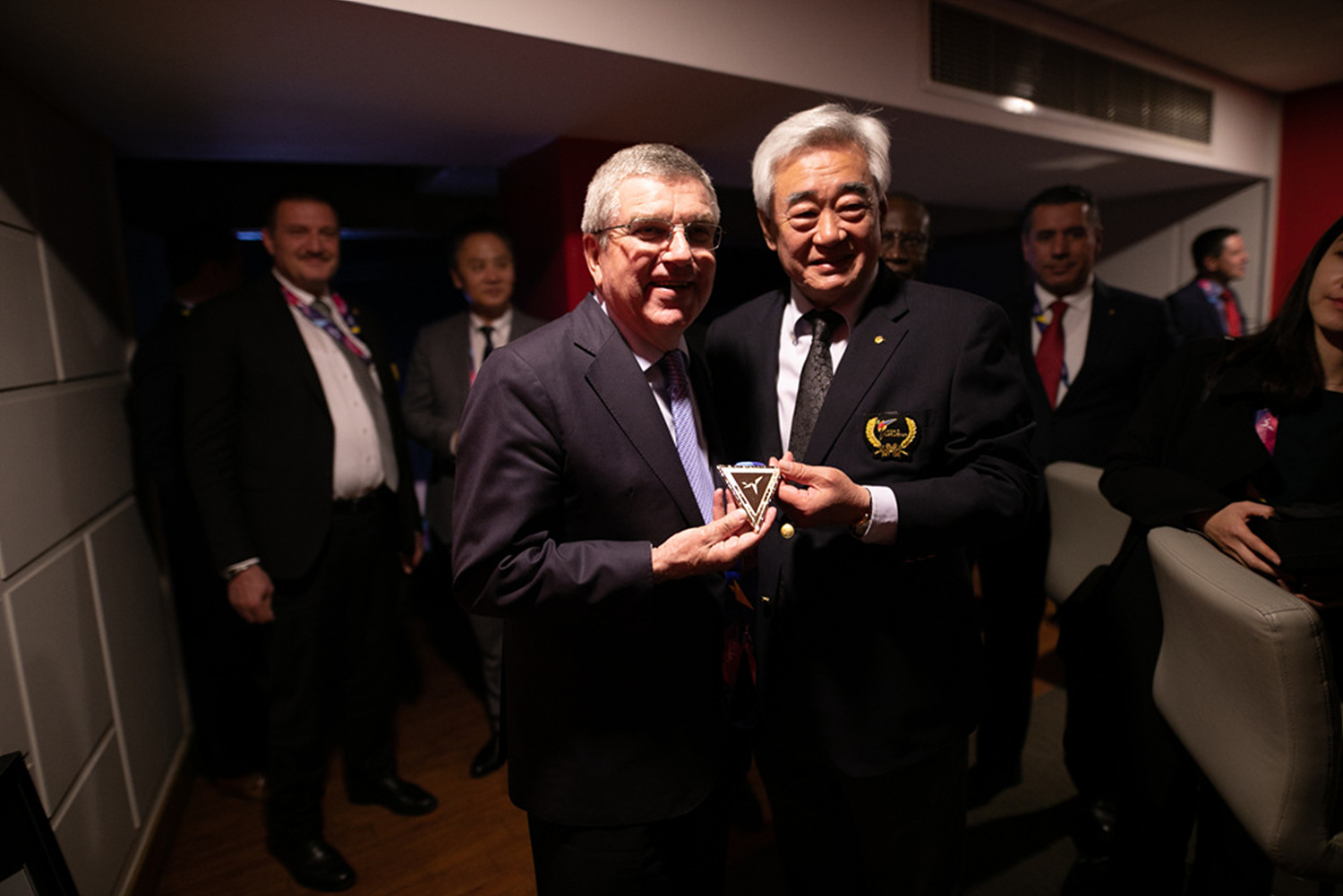 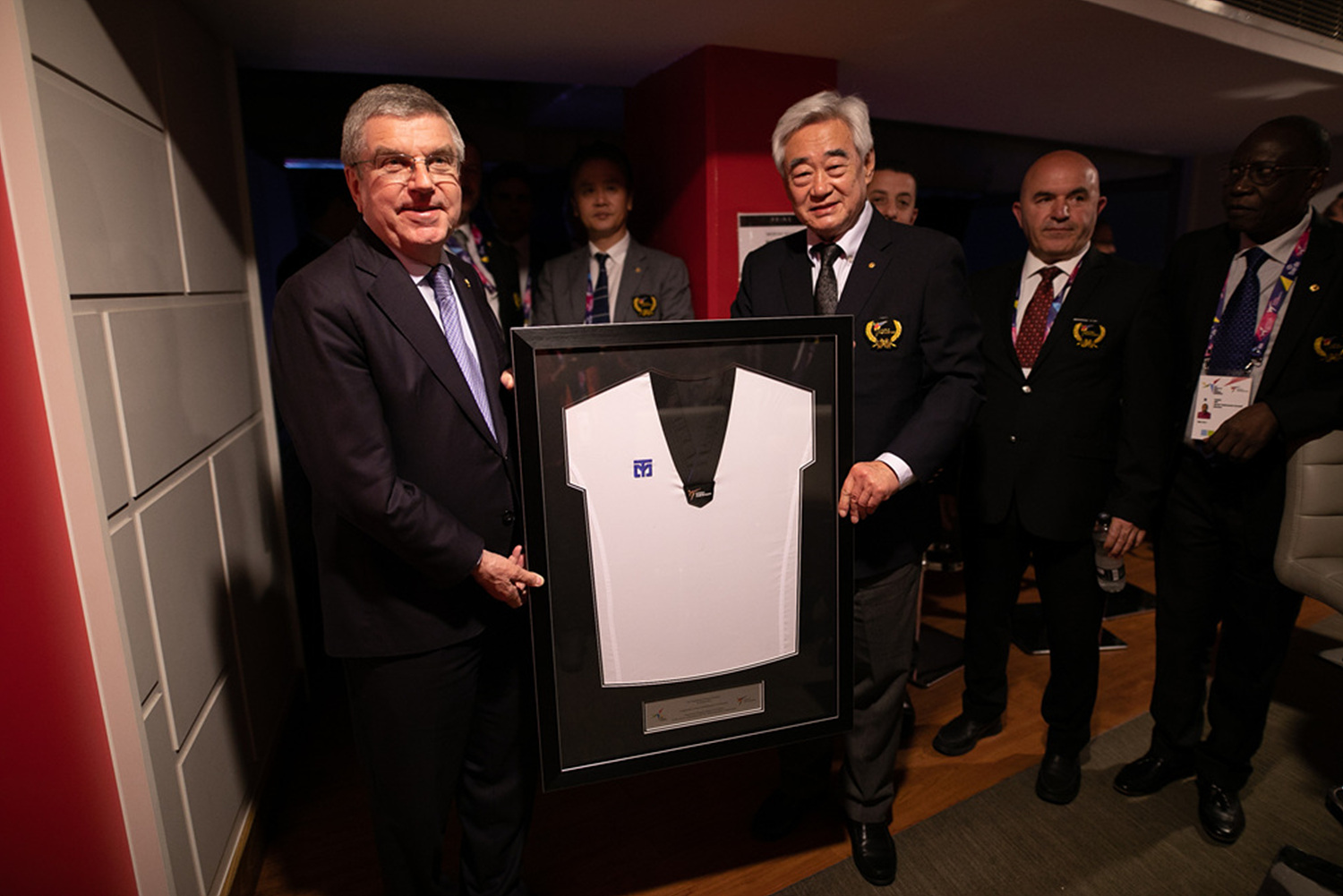 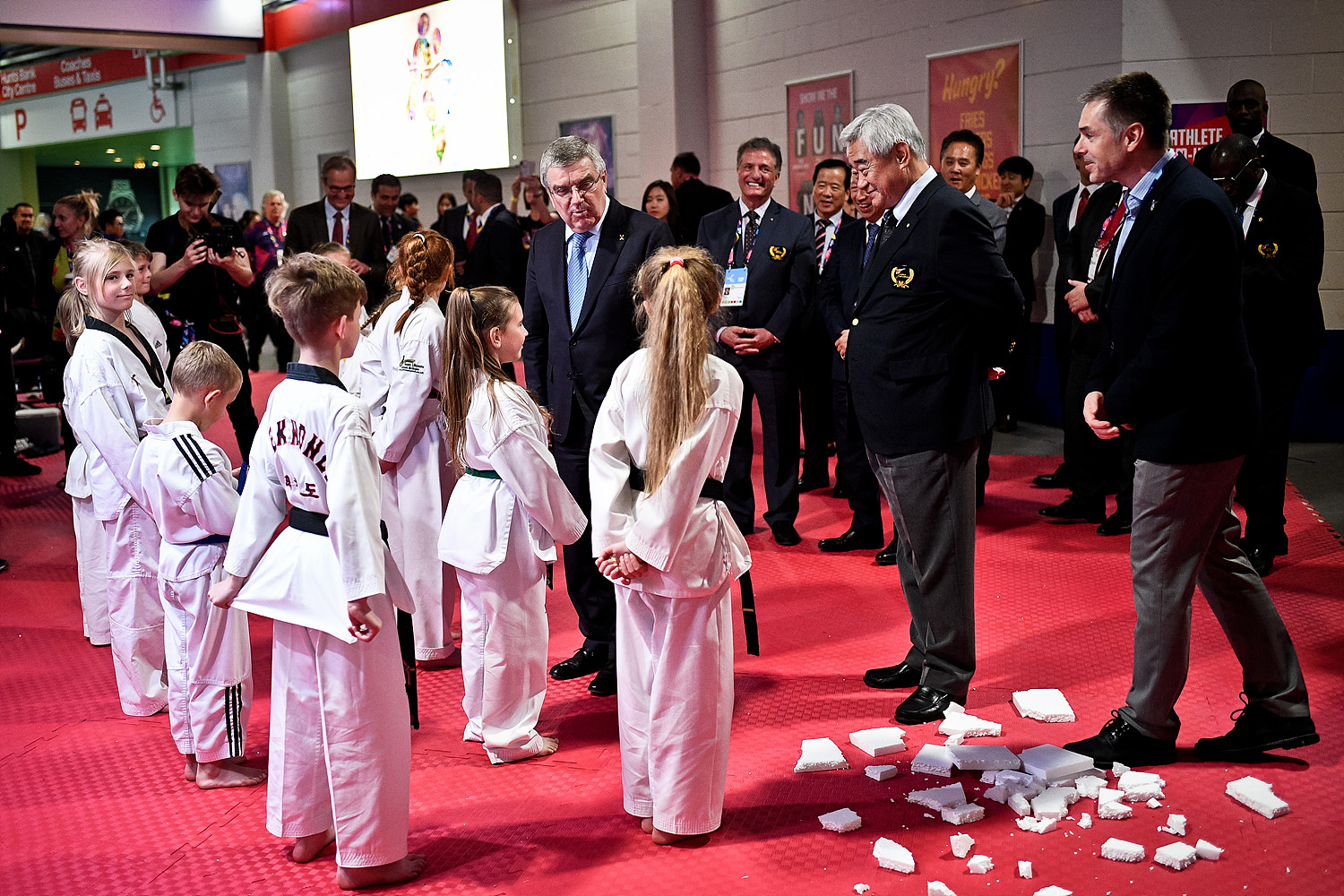