SEOUL, Korea (Jan. 2, 2018) – If there is one weight category in taekwondo that is so competitive that it is impossible to predict the outcome, it is the female -67kg. This division pits two highly experienced, canny tacticians against two all-out-attacking kicking machines.

Any one of these three could win on any given day. But the story does not stop there: The top three are threatened by two dark horses: up-and-comers Lauren Williams of Team GB and Yunfei Guo of Team China.

Anyone looking to the 2017 Grand Prix series as a predicator of the outcome in Wuxi will be disappointed: Oh, Tatar, Gbagbi and Williams have all won one Grand Prix each. This means there is everything to fight for in the Grand Slam: Not just the USD70,000 purse, but the prestige that will accrue from victory in this inaugural, ultra-elite tournament.

Let’s take a closer look at these women warriors.

The top players in the category have all fought Oh and beaten her (except for the youthful Williams, who only moved out of the Junior and into the Senior division in 2017). But there is a reason why Oh is the top seed. She is one of the top players – and top personalities – in the game. The Olympic gold medalist is a consummate professional, who wields a well-stocked arsenal. A brilliant tactician, she also benefits from best-of-breed coaching and conditioning. “Oh is very experienced, very hard to beat and she makes very few mistakes,” said TV commentator John Cullen. “She is always in close games.”

Turkey’s Tatar can boast similar experience. Although she admits to nerves before matches, on the mats she is cool under pressure, and her win at the Worlds in Muju was a platform for her to take the next major title in Wuxi. “Nobody likes fighting her: She has great distance and great timing,” said Cullen. “And she has patience: Those are her strengths.” 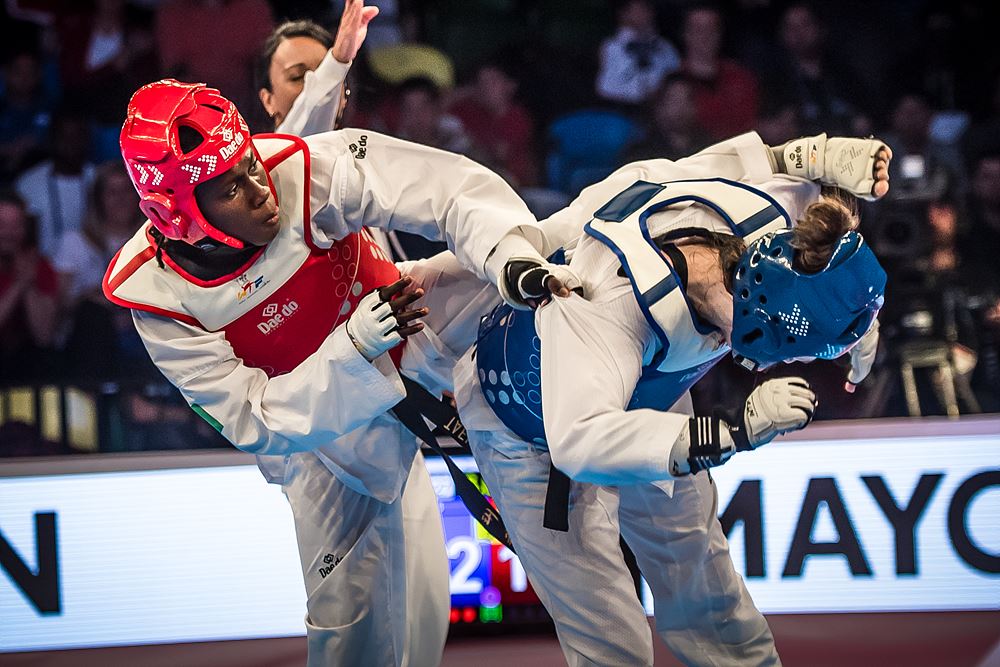 Gbagbi is special. She took bronze at Rio in 2016, but in the 2017 fighting season, has looked better than ever: She wowed the crowd as she bulldozed her way through the opposition at the Worlds in Muju with a fearsome, all-guns-firing combat style. But Gbagbi is not the only offensive fighter in this category. In the wake of double Olympic gold medalist Jade Jones and double World Champion Bianca Walkden, Williams could be the next superstar to emerge from the world-class training stable that is Team GB. 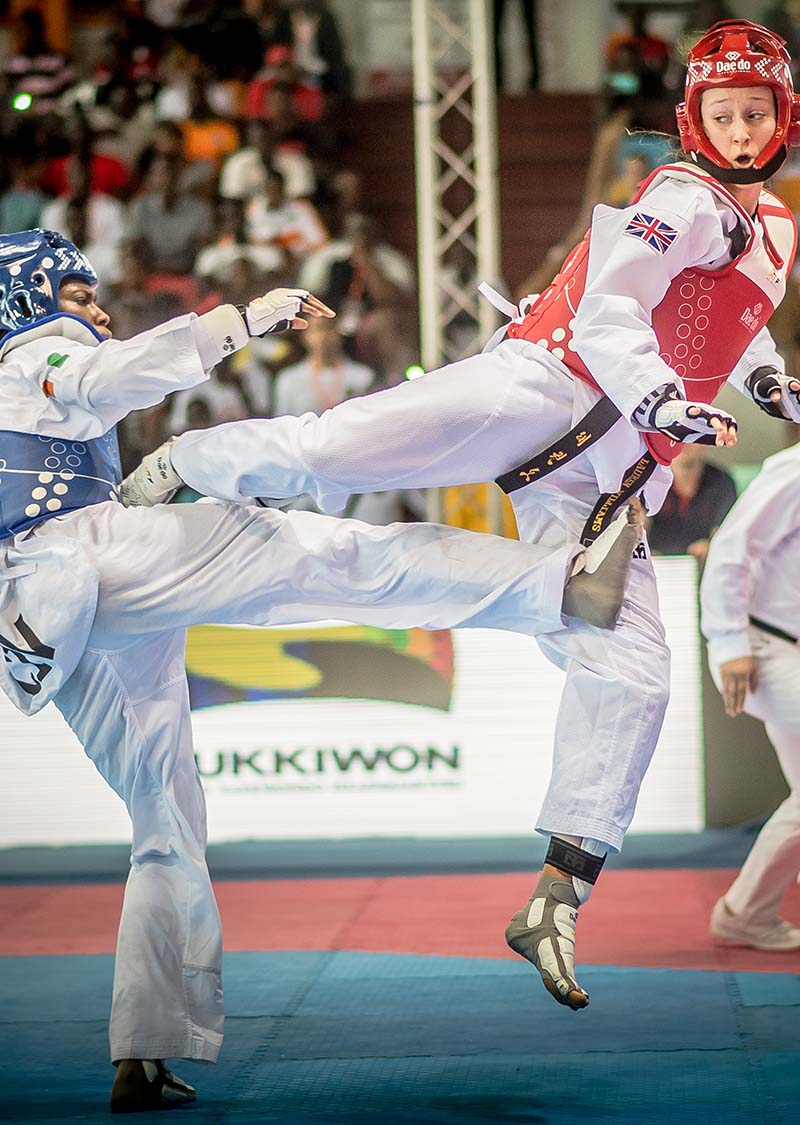 A former kickboxer with awesome stamina and a never-step-back style, Williams first seized attention as the winner of the World Junior Championships in Burnaby, Canada in 2016. Moving up to the seniors in 2017, she stormed through the London Grand Prix, beating Gbagbi 43-23 in a match that electrified the punditry.  But the following month, she lost narrowly to Gbagbi at the Grand Prix in Abidjan.

Clearly, both athletes leveraged home-turf advantage. Given the rule tweaks for the Grand Slam that favor offensive play, Gbagbi and Williams look like they could have the advantage over the more tactical Oh and Tatar. But speaking of home town advantage, there is also the category’s Number Four Seed, China’s Guo. She was the surprise winner of the Abidjan Grand Prix Final, beating Oh into second place. In Wuxi, she will be buoyed by the crowd.

So place your bets, ladies and gentlemen. On Jan 6, in Wuxi, China, the queen will emerge.