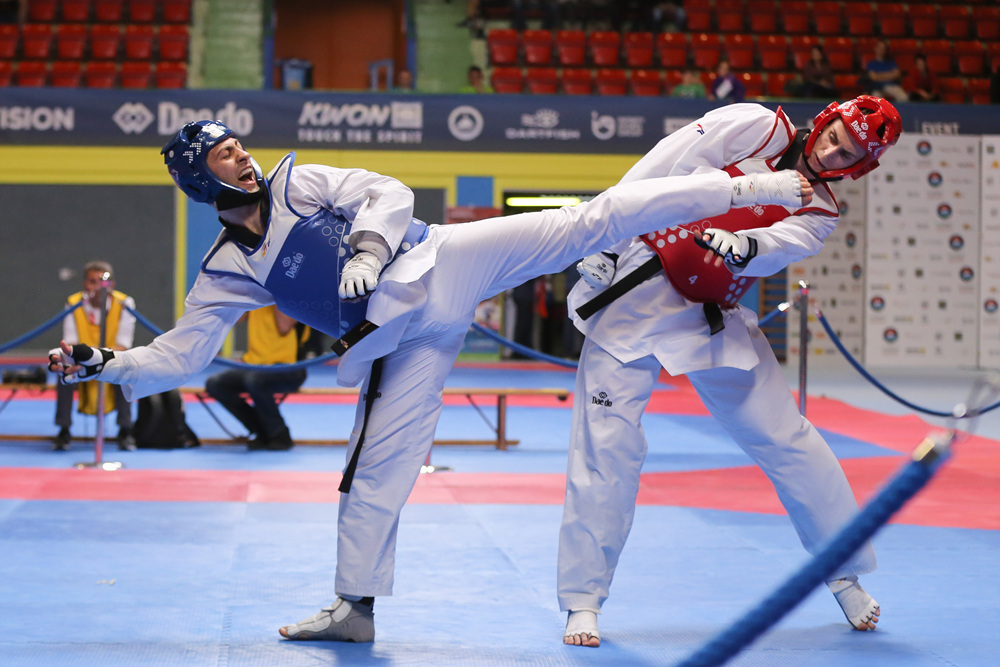 MONTREUX, Switzerland (May 22, 2016) – The ETU European Taekwondo Championships drew to a close last night in Montreux, Switzerland after four days of world-class competition which saw the very best athletes from across Europe fight it out for continental gold.

The Championships was one of the last opportunities for European athletes to compete at an elite level before the upcoming Olympic Games in Rio de Janeiro. Nearly 400 athletes from 37 countries participated in the tournament with 41 of the 42 European athletes who have qualified for Rio 2016 taking part.

On day two, crowd favorite Servet Tazegul from Turkey made history by winning his fifth consecutive European gold medal in the male -68kg equalling the record held by Geremia Di Constanzo since 1988. Olympic gold medallist Jade Jones from Great Britain won her first European gold in the female -57kg, Jaouad Achab of Belgium continued his dominance in the male -63kg winning gold and Tatiana Kudashova of Russia secured the top honours in the female -53kg category.

Turkey moved to top of the medal table on the third day of competition with world number one Irem Yaman winning gold in the female -62kg. In the female -67kg Great Britain caused a big upset with Lauren Williams ranked 166 in the wold battling the odds to claim her first gold medal. In the male -74kg Portugal celebrated their second gold medal of the Championships as Julio Ferreira claimed the top spot while Azerbaijan’s Milad Beigi Harchegani took the male -80kg gold.

The final day of competition brought Great Britain their third gold medal and secured them the top place in the overall medal table with Bianca Walkden’s gold in the female +73kg category. Iva Rados from Croatia beat current Olympic Champion Milica Mandic of Serbia to take gold in the -73kg while Vladislav Larin of Russia won the male -87kg category. The most exciting match of the final day was in the male +87kg as Arman-Marshall Silla of Belarus dramatically claimed eight points in the final minute of the match to overcome a five point deficit and win gold.

Following the conclusion of the Championships, Jade Jones and Jaouad Achab were awarded the best athlete awards for their excellent performances over the course of the competition and Lauren Williams and Mourad Laachraoui won the Fair Play Awards. Antonia Sotiriadou of Greece was awarded the Best Referee award.