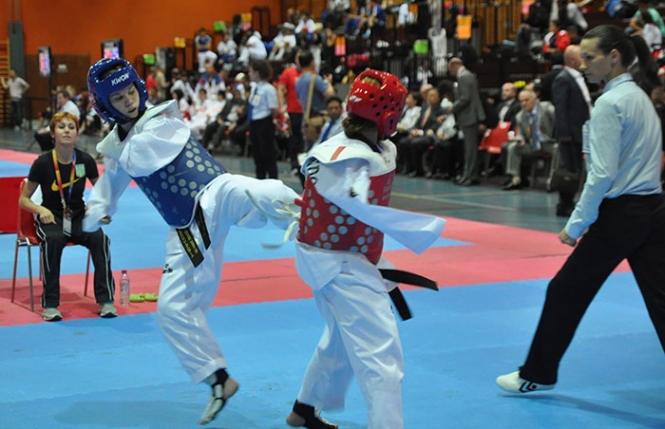 Russia won four gold medals, four silver medals and one bronze medal for a total 68 points for the overall men's title at the 4th World Para-Taekwondo Championships in Lausanne, Switzerland on June 8, 2013.

A total of 82 athletes from 25 countries participated in the one-day para-taekwondo event, which was held at the Centre Sportiv de Grande-Vennes in northeastern Lausanne. Twenty-six countries submitted their entries, but Iraq failed to send its athletes at the last moment.

Russia sent the largest contingent of 16 athletes, including 12 males, to the 4th World Para-Taekwondo Championships, followed by Azerbaijan with 15 athletes. Turkey came next with 11 athletes. Spain dispatched six para-athletes, while Mongolia sent five.

Prior to the final matches of the 4th World Para-Taekwondo Championships, there was an opening ceremony. At the opening ceremony, WTF President Chungwon Choue said, "It is with great pride and pleasure that I welcome you all here to the Olympic capital."

"I would like to offer my heartfelt congratulations and appreciation to the Swiss Taekwondo Association for their hard work and collaboration in hosting both of these inspiring events," Choue said.

He said, "I am proud to announce that yesterday the WTF signed MOUs with the International Sport Federation for Para-Athletes with Intellectual Disability and the Cerebral Palsy International Sport and Recreation Association to work together to include new competitors and disciplines into taekwondo.