MOSCOW, Russia (August 4, 2017) - Cote D’Ivoire, Russia and Great Britain came away with the gold medals on the opening day of the Moscow 2017 World Taekwondo Grand Prix Series 1 as fans in Moscow and around the world were treated to thrilling taekwondo and last second twists and turns.

Ruth Gbagbi from Cote D’Ivoire won gold in the female -67kg category, Roman Kuznetsov of Russia took the top honours in the male +80kg and Great Britain’s Bianca Walkden won gold in the female +67kg. All three winners will automatically qualify for the newly established World Taekwondo Grand Slam which will take place in Wuxi, China. 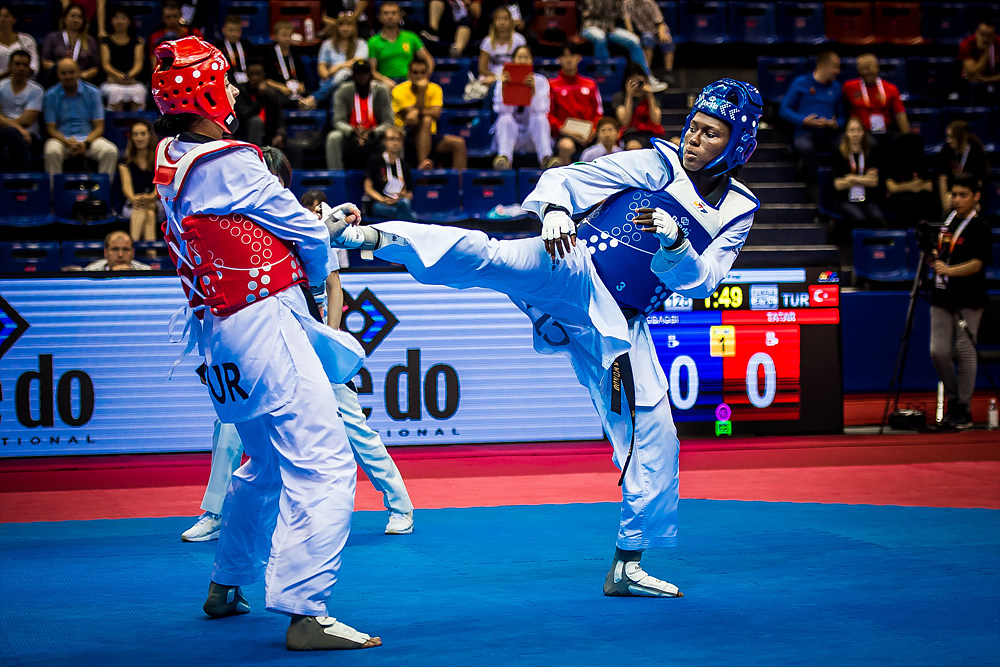 The final of the female -67kg saw two current world champions go head to head – Ruth Gbagbi from Cote D’Ivoire, the current world champion in -62kg and Nur Tatar from Turkey, the current world champion in -67kg. Gbagbi came out fastest, taking an early lead in the first round with a kick to the trunk protector and then quickly followed it up with a second to take the first round 4-0. Gbagbi kept Tatar at bay in the second round with her defence proving too strong, only conceding one point through a Gam-jeom. However, with just 30 seconds remaining of the final round, Tatar found a way through and landed a kick to the trunk protector and quickly followed up with a punch to take the score to 4-4. With just two seconds left it looked like it was heading towards a fourth round but in dramatic fashion Gbagbi landed a head kick to win the match 7-4. 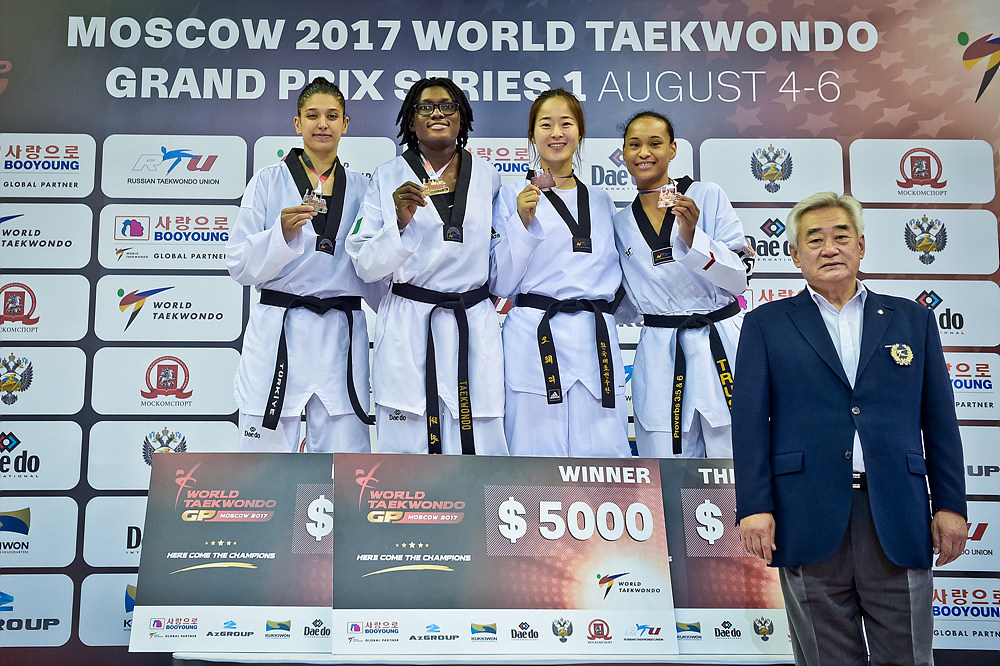 Olympic gold medalist from Rio 2016, Hyeri Oh from Korea, and USA’s Paige McPherson shared the bronze medals between them. Gbagbi had overcome Oh in the semi-final, scoring an impressive 21 points to Oh’s 11. In the second semi-final, Tatar and McPherson were brought together for the second time in just over a month having matched up against one another in the final of the World Championships just a month ago. Tatar had come out on top in Muju and McPherson was hoping to make up for that loss here in Moscow but despite taking the match to a fourth round, Tatar scored a golden point to progress to the final. 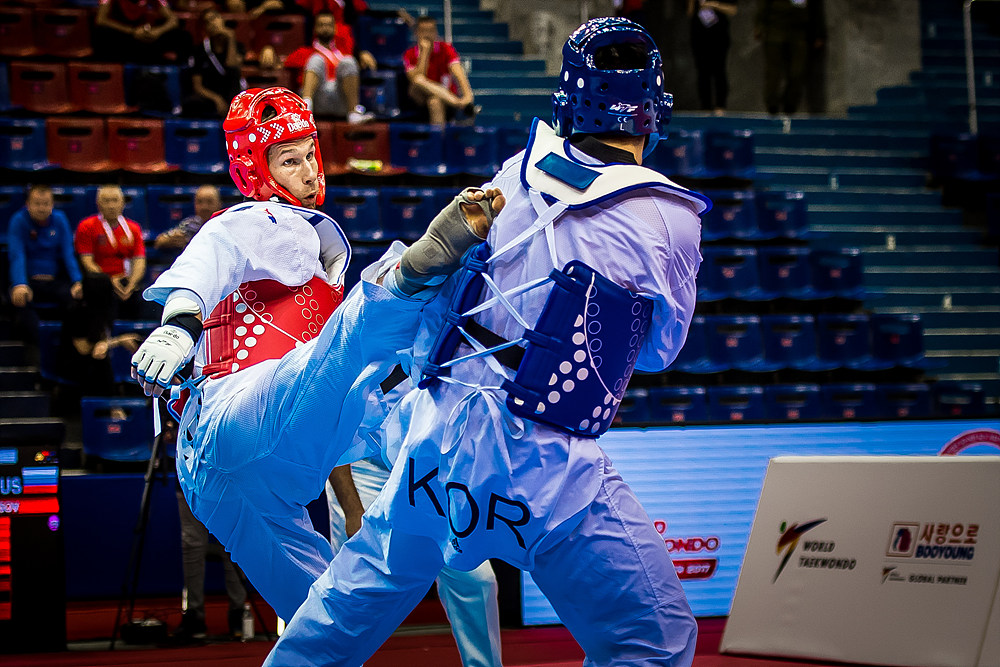 In the men’s +80kg final Russia’s Roman Kuznetsov matched up against Kyo-Don In of Korea. A tense and tactical first round saw In go into the first break 2-1 up. But a turning kick from Kuznetsov gave him a 4-2 lead before In pegged him back to 4-4 with a kick to the trunk protector. With just a minute of the third round left, Kuznetsov was 9-4 up but a thrilling late surge from In saw him bring the score level on 9 a piece with 10 seconds to spare. The third round finished 9-9. The Russian crowd were desperate for a Kuznetsov win and created a fantastic atmosphere for the fourth and final round. Buoyed on by the crowd’s support, Kuznetsov landed an excellent head kick to win gold on the golden point. 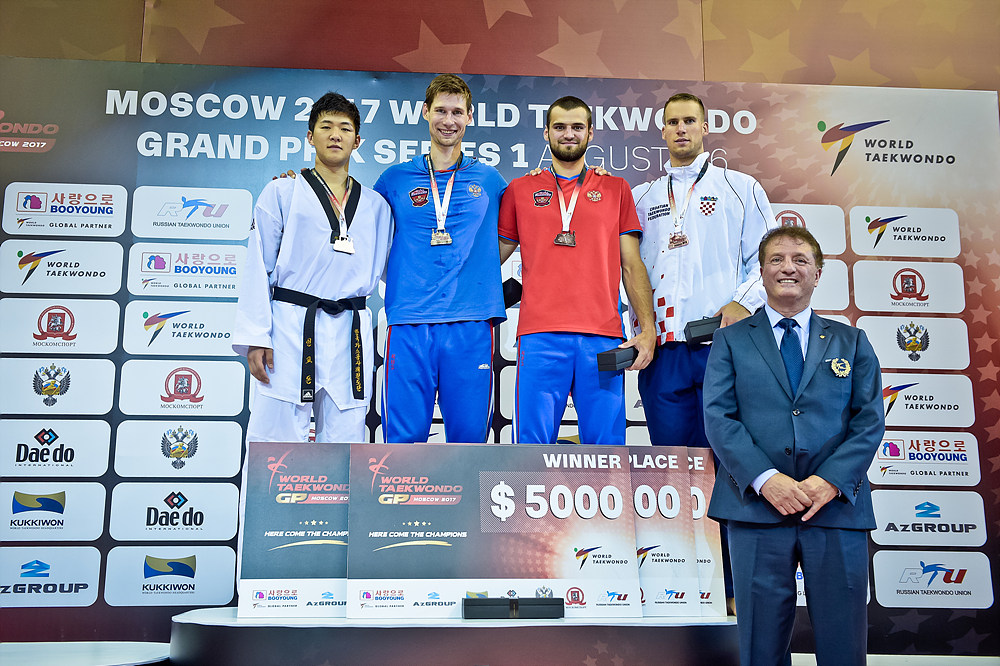 The Russian crowd were also able to celebrate a bronze medal in the men’s +80kg as Yury Kirichenko shared bronze with Vedran Golec of Croatia. Kirichenko had been defeated by In the semi final after a thrilling three-round match which ended 12-4 to In. Kirichenko himself had caused an upset in the round before by defeating compatriot, Vladislav Larin. Eventual gold medal winner, Kuznetsov took on Golec in the second semi-final. Much like the first semi-final the opening round was very tight and tactical with Golec finishing the first round in the lead. However, spurred on by the home crowd, Kuznetsov finished strongly and came away the victor, with a score of 8-4. 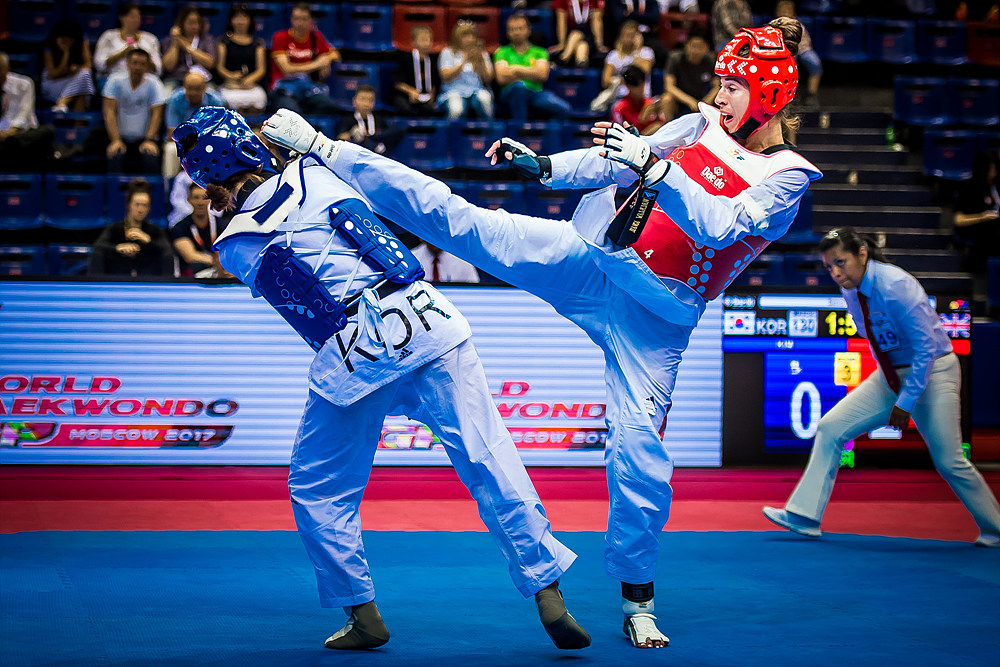 In the final of the female +67kg, world champion Bianca Walkden from Great Britain met Korea’s Bich-Na Kim. High in confidence from her gold medal at the World Championships in Muju, Walkden took an early lead landing two punches to Kim’s trunk protector. An impressive head kick saw Walkden extend her lead and while Kim fought valiantly she was not able to counter the pressure the world number two put on her. Walkden took gold with a victory of 14-0. 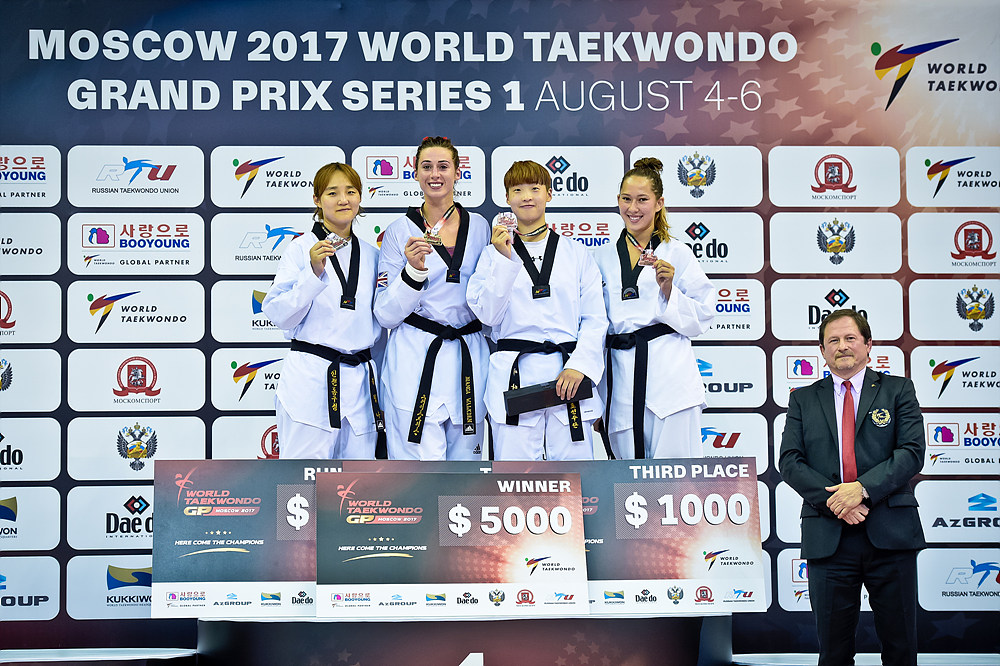 Russia’s Olga Ivanova and Da-Bin Lee of Korea secured bronze. Ivanova faced Kim in the semi-final after Kim had produced an excellent display to defeat Iva Rados from Croatia in an unexpected victory. Ivanova and Kim traded kicks in a close tactical battle but both failed to register a point in the three rounds. Forced into a fourth round, the home crowd cheered on Ivanova but to their disappointment Kim landed a kick to Ivanova’s trunk protector giving her a vital golden point to progress to the final. With the surprise early exit of Shuyin Zheng, Walkden was keen to capitalise and came up against Lee in the second semi-final. A turning kick to the trunk protector in the first round and a kick to the head in the second round contributed to Walkden entering the third round 7-0 up. The third round brought out the best in both fighters with both landing a number of successful kicks but Walkden was ultimately too strong and won the match 21-6.