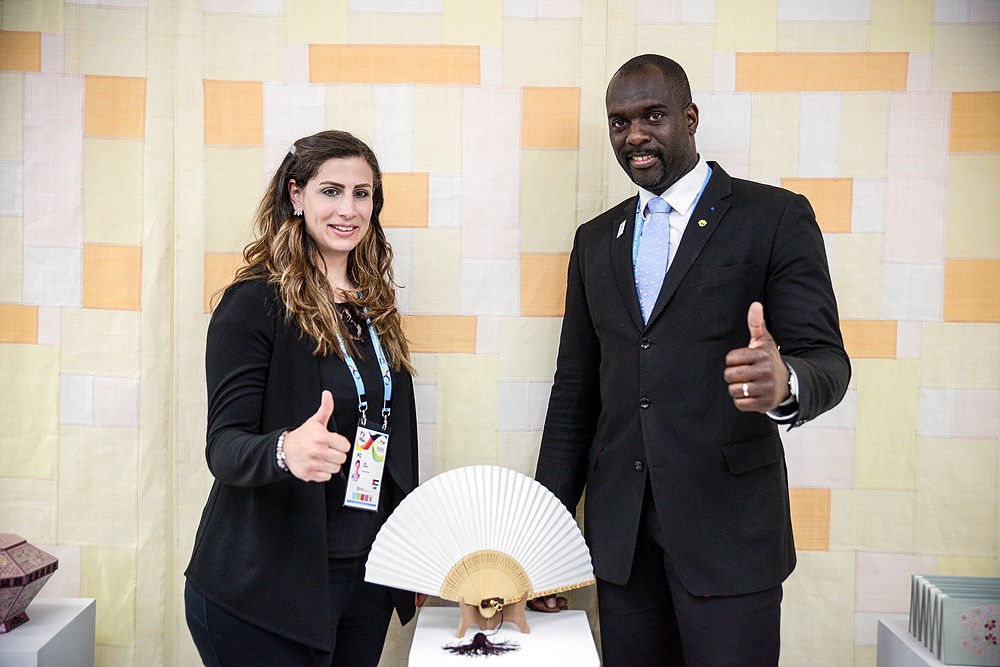 The two chairpersons, one female and one male, are both retired athletes. They are Nadin Dewani, of Jordan, a member of the IOC Athletes’ Commission and the first Jordanian to win an Asian title, and Pascal Gentil of France, a four-time World Cup champion, three-time European champion and two-time Olympic medalist.

Asked about the key agenda, Gentil said, “The most important is engagement, for the athletes to be aware of what is going on in taekwondo, and for them to know about the different educational programs, such as Olympic Solidarity. Many countries do not know about this program, so how can they use it? This is about giving back to the sport.”

“For me it is about communications, about how to communicate with the athletes: Their voices need to be heard,” added Dewani. “When we were athletes we spoke, but nobody heard us, so now it is for us to solve the issue.”

Opening channels of communication with the athletes is the committee’s top priority, both agreed. “This is something we have to work on,” said Dewani.

Early meetings between the committee and the sports’ players could be ad hoc and informal, on the sidelines of upcoming events, Gentil added.

“Being here and being at the Grand-Prix and the other main events in the different regions, we will take the opportunity to hold meetings to make the athletes aware of what we are doing, and to make short meetings,” he said.

The two committee heads will serve four-year terms, starting on the last day of the championships, June 30. They both also become automatic members of the World Taekwondo Council on that date.

The World Taekwondo Athletes’ Committee had long been dormant, but with the new mission to be more athlete-centric and more committee-centric, the committee was rejuvenated on the sidelines of the World Grand-Prix Final in Baku, Azerbaijan, in December 2016.