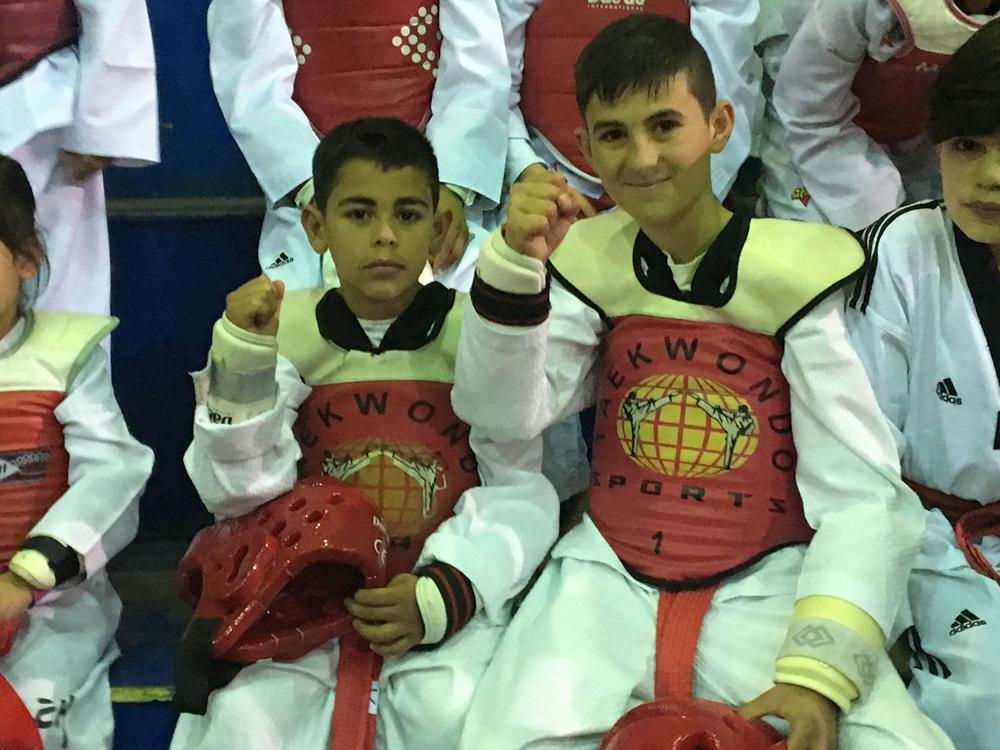 The brothers, Othman and Reda, were awarded their black belts (first Dan) after successfully completing their test at the Prince Rashid Hall in Amman on February 17, 2020.

Othman, aged 11, and Reda, aged 8, have been practicing taekwondo for nearly a year after being encouraged by their father who is passionate about the martial art. Thanks to the construction of the Taekwondo Center in the Azraq refugee camp, where the brothers live, they have been able to receive taekwondo coaching and have quickly excelled in the sport.  Both now regularly practice taekwondo when they return home each day.

Reda, said he felt strong after putting on his black belt. Othman, said the moment he received his black belt would remain in his memory. He also said he would continue training and participate in the upcoming tournaments and competitions.

The total number of black belts produced by the Azraq Humanitarian Taekwondo Center is now 11.