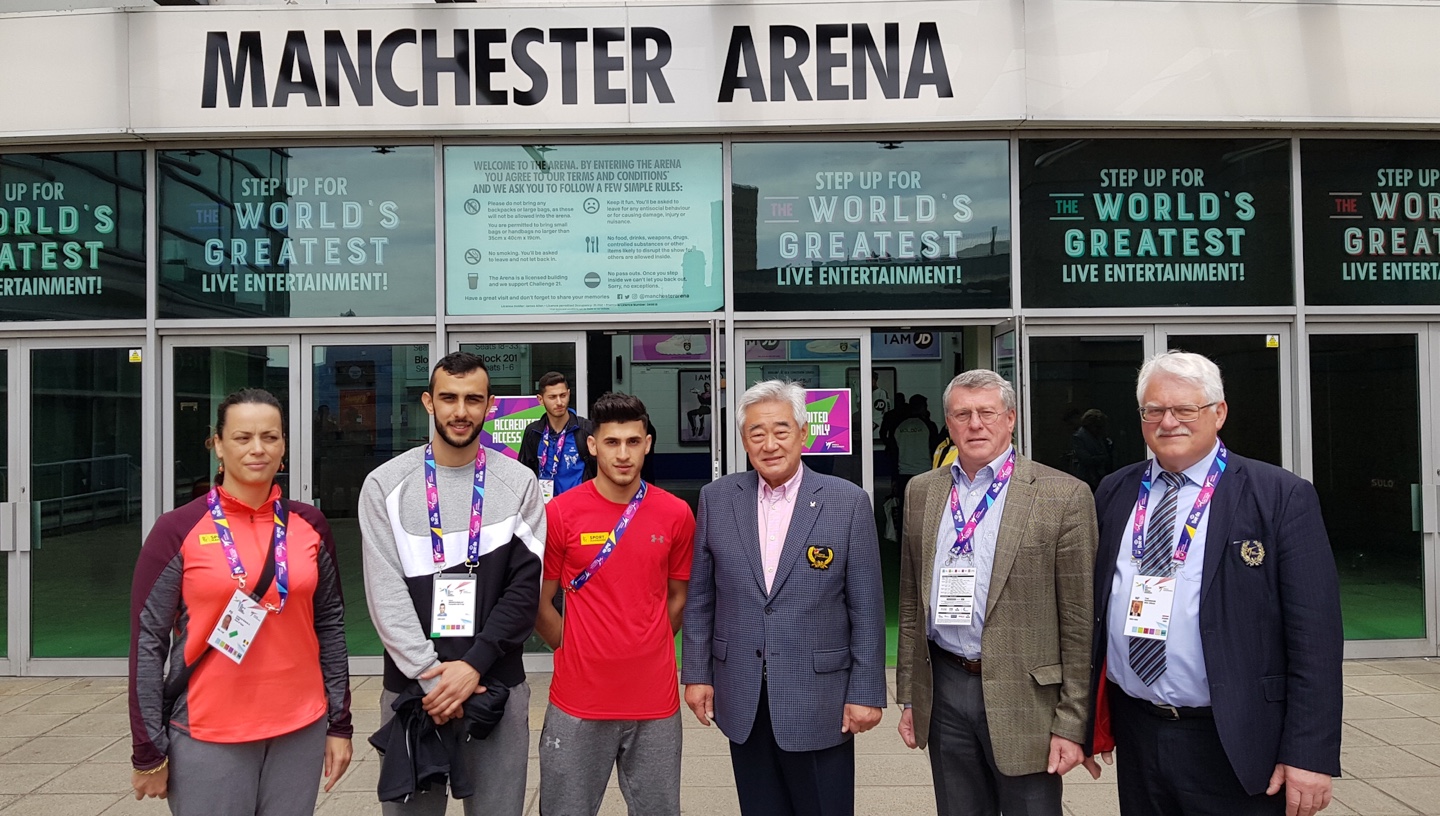 MANCHESTER, UK (May 17, 2019) - World Taekwondo President Chungwon Choue met with members of the Refugee Team today ahead of their participation in the Manchester 2019 World Taekwondo Championships.

This year’s Championships is the first in World Taekwondo history to feature a Refugee Team and reflects the federation’s commitment to providing opportunities for all to practice the sport. Athletes from a total of 150 nations have joined the Refugee Team here in Manchester.

During the meeting, President Choue encouraged the athletes to compete at their very best in the Olympic qualification tournament in Milano and encouraged them not give up their hopes of competing at the Olympic Games.

The members of the Refugee Team are:

Taekwondo is a sport that can be practised by anyone and the federation has made excellent progress in delivering opportunities for refugees and displaced people to engage in the sport. Through the Taekwondo Humanitarian Foundation (THF), taekwondo has been used to empower the powerless and provide hope to young people in refugee camps around the world. 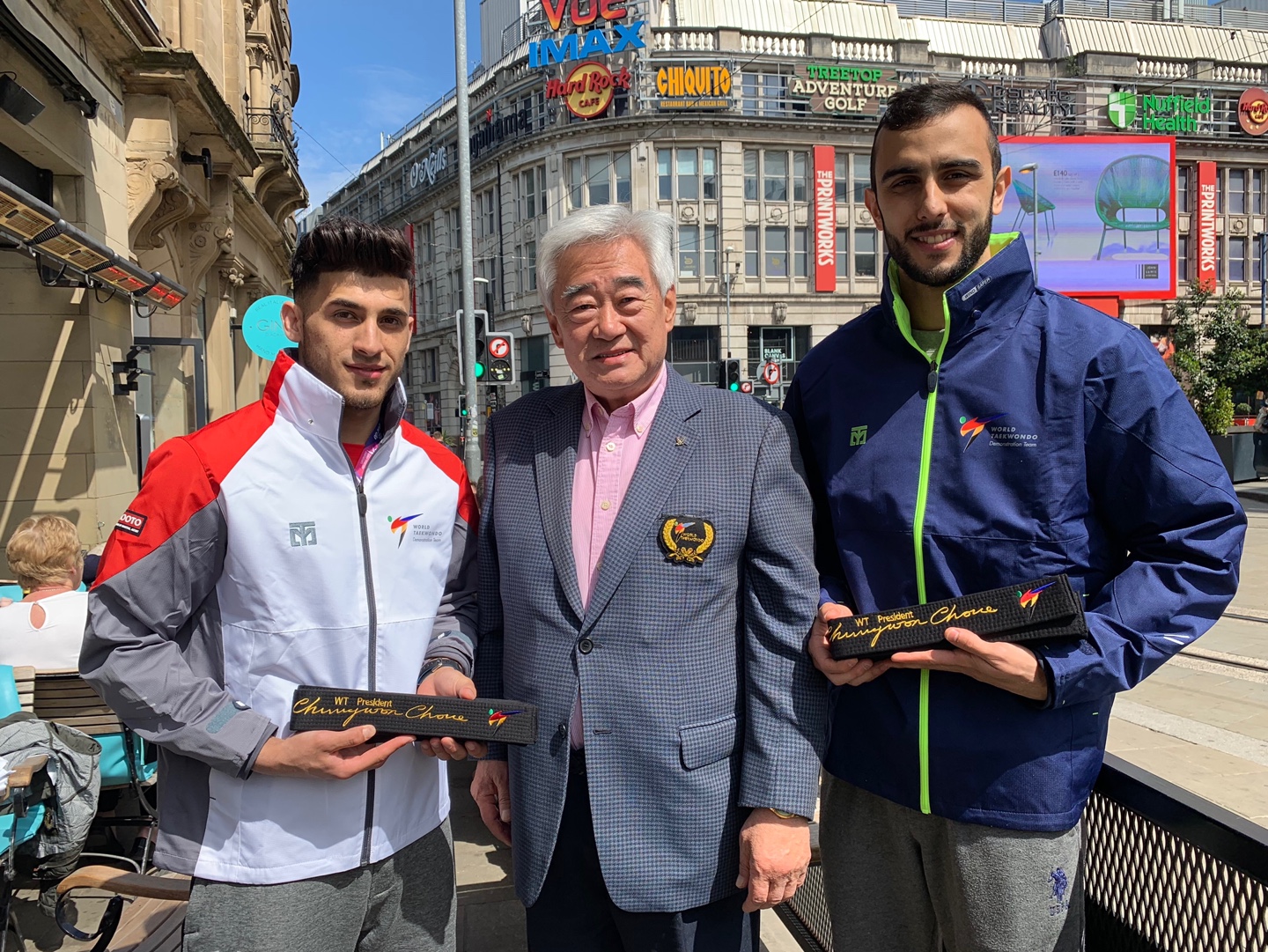