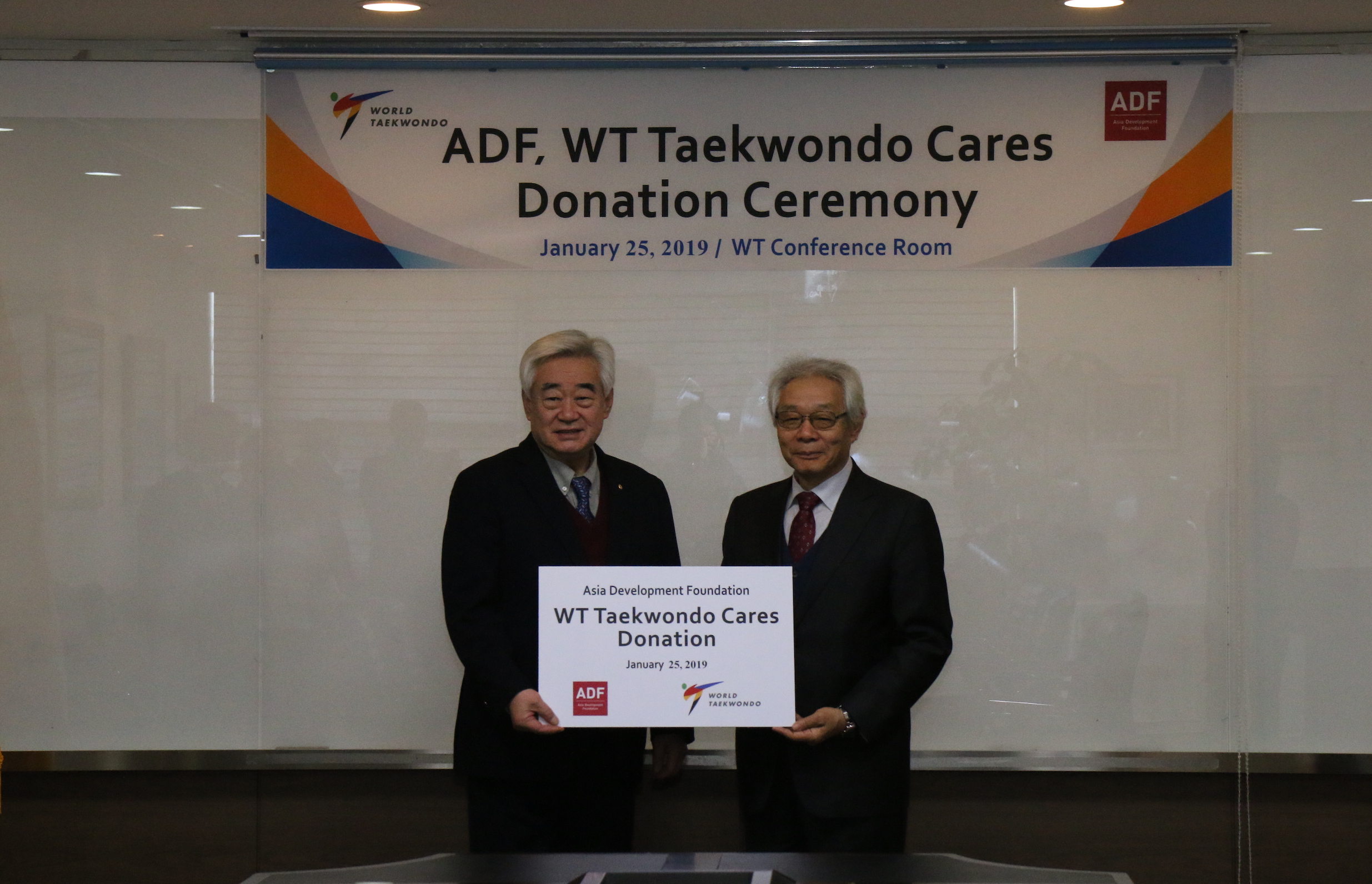 The designated donation, which was delivered by Cho Nam-chul, executive director of the ADF to Chungwon Choue, president of World Taekwondo, will be used to help empower “the powerless” in taekwondo developing countries in Asia.

Half of the donated funds will be used for WT Taekwondo Cares projects in Nepal such as free taekwondo education and training for women home violence victims, reformatory inmates, and students of schools build by the Um Hong Gil Human Foundation. The other half will be used for the development of taekwondo in Cambodia, Sri Lanka and other Asian countries.

“I hope our cooperative relations with WT will be further strengthened through a successful operation of the ADF-funded WT Taekwondo Cares projects ,” said ADF Executive Director Cho.

“In cooperation with Asian WT member nations, WT will do its utmost to use the ADF funds for orphans, reformatory inmates and victims of natural disasters in Asian countries in the most transparent manner, thus giving them hope and dreams,” said WT President Choue.

On Sept. 28, 2018, WT signed a four-party memorandum of understanding on the promotion of taekwondo and the Korean language with the ADF, the International Center for Korean Culture and the GCS International.