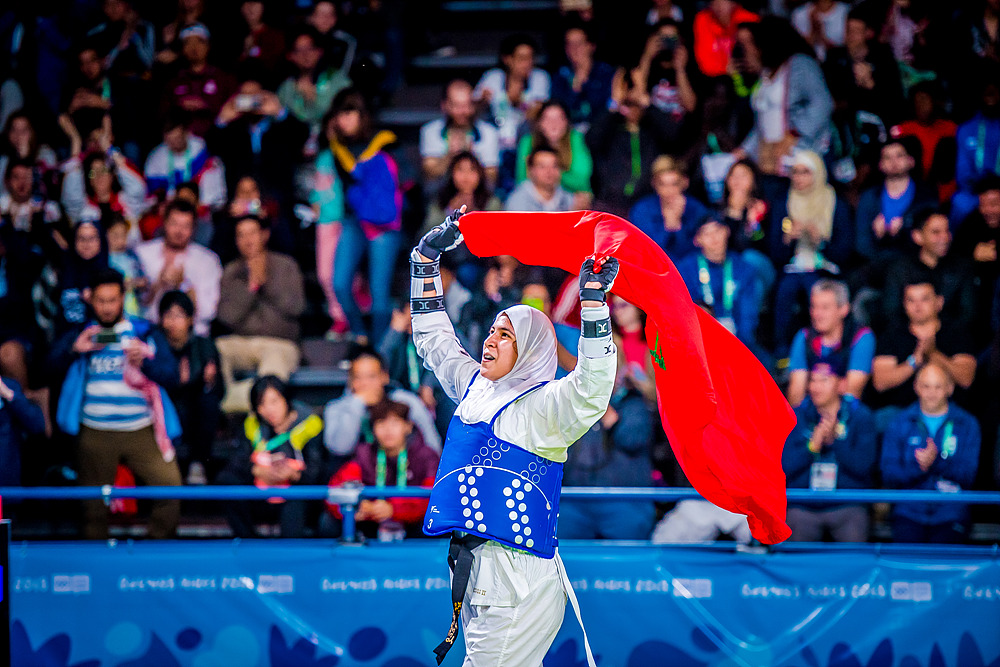 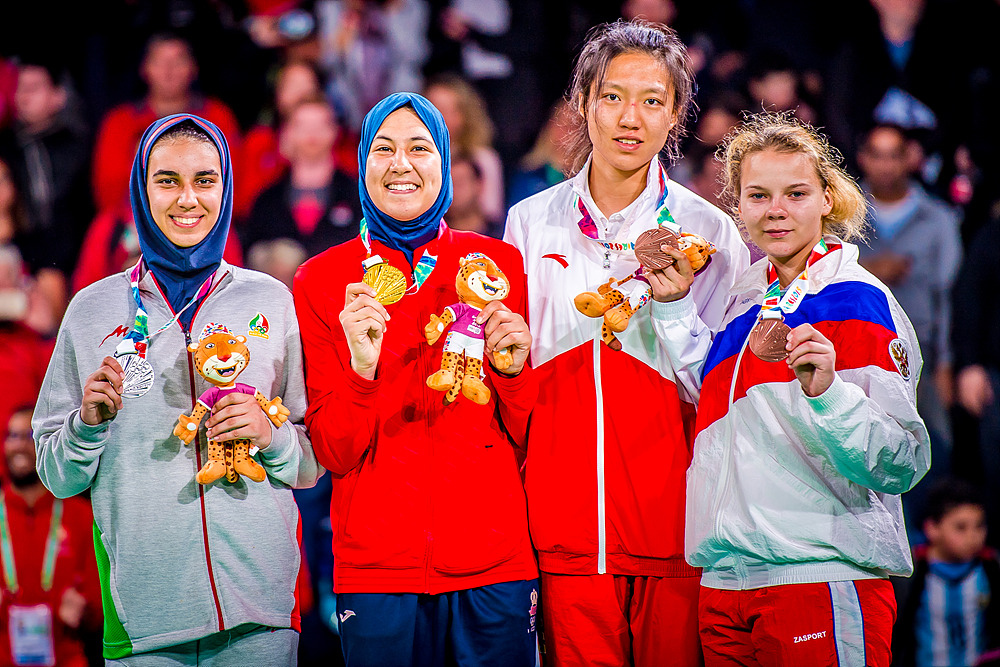 Aboufaras and Hemati were involved in a tight match in the women’s +63kg final with the scores even at 2-2 after the opening two rounds. However, spectators were in for a thrilling finale as both athletes were determined to go for the win drawing 14-14 in the third round. However, Aboufaras came out on top with a 18-16 win to bag Morocco’s first gold medal at Buenos Aires 2018.

Kristina Adebaio from Russia and Wenzhe Mu from China won the bronze medals. 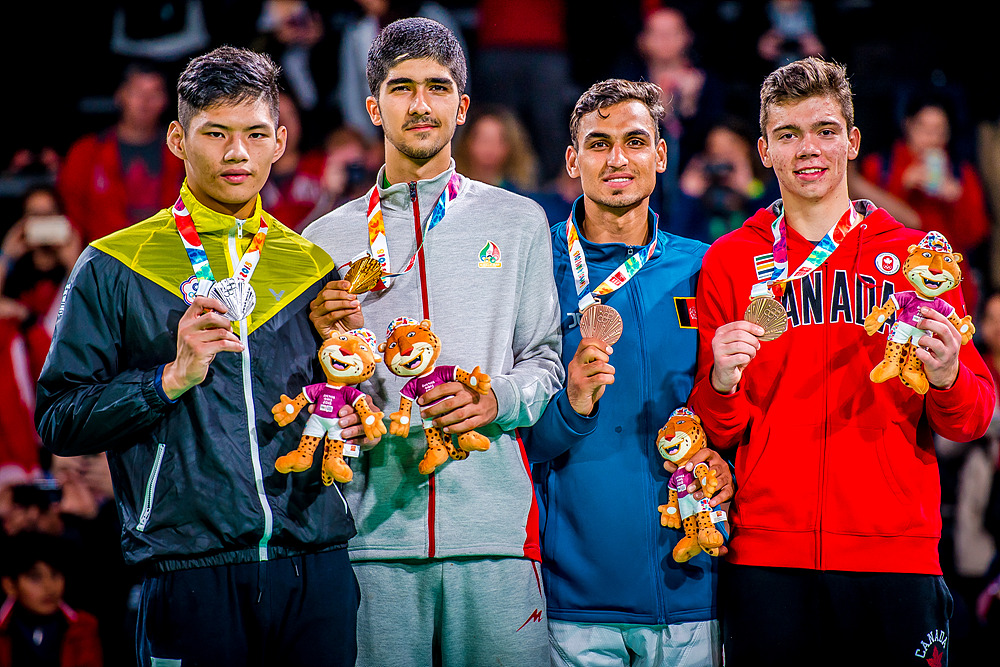 Next up was the men’s +73kg final which saw Iran’s Mohammadali Khosravi face up against Chinese Taipei’s Meng-En Lee in what turned out to be a very even match. With the first round ending 0-0, Khosravi managed to edge out the second round 1-0. The third round ended in another draw at 1-1 meaning Iran secured another gold medal after winning both of yesterday’s finals.