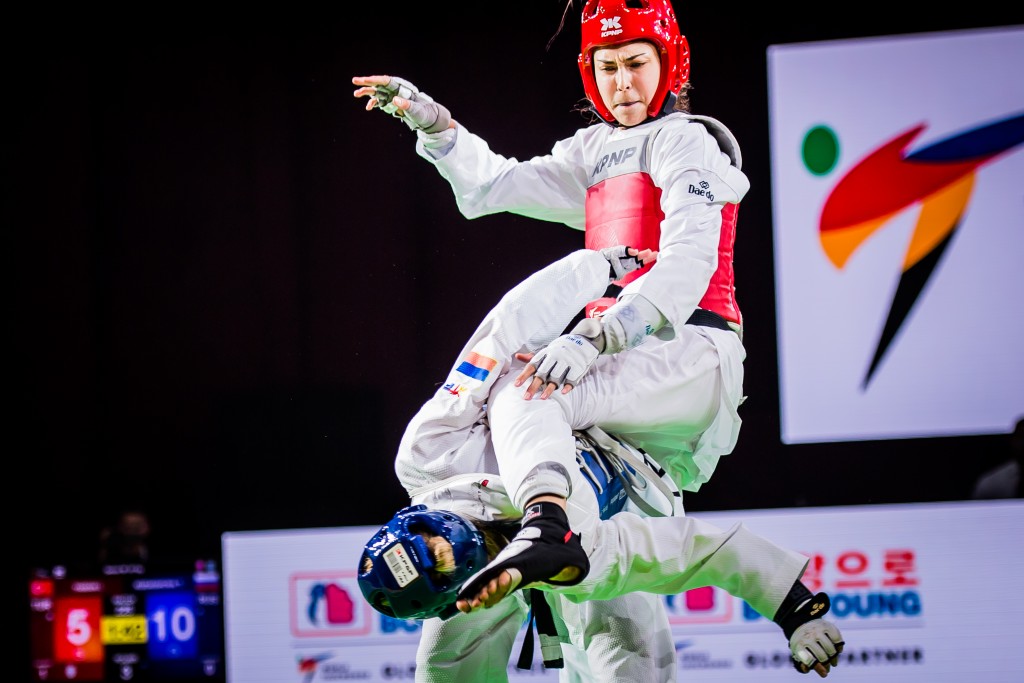 SEOUL, Korea (Sept. 12, 2018) - Taekwondo’s high-kicking elite will gather to do battle for Olympic ranking points and thousands of dollars in prize money at the third edition of the 2018 Grand Prix series, to be held in Taoyuan, Chinese Taipei.

Organized by the Chinese Taipei Taekwondo Association, the tournament takes place over three days, from Sept. 19-21 in the Taoyuan Arena, in the city of Taoyuan where it will hold its first ever WT Grand Prix.

The Grand Prix is an invitation-only contest featuring eight Olympic weight categories, four male and four female. And with World Taekwondo currently in the middle of the Olympic cycle, between Rio 2016 and Tokyo 2020, young guns will be fighting to make their names while the be-medaled elite will be looking to secure their dominance and add ranking points.

The top names in the sport will be stalking onto the mats in Taoyuan.

All eyes will be on Female +67kg category. The top seed – two-time world champion, multiple Grand Prix champion and Grand Slam champion Bianca Walkden of Team GB is returning to the mats following her shock loss to Poland’s Aleksandra Kowalczuk in her last major competition: Walkden did not fight in Moscow. Olympic champion Shuyin Zheng of China will also be gunning for Walkden’s place, as will be Turkey’s Nafia “The Amazon” Kus and Team Korea’s up-and-coming Da-bin Lee.

The Female -67kg division is one category where all bets are off. Team Korea’s 2016 Olympic gold medalist Hye-ri Oh will have a fight on her hands as she defends her top ranking against two of the most ferocious women warriors in the game – Cote d’Ivoire’s Ruth Gbagbi and Team GB’s Lauren Williams – as well as the wily world champion Nur Tatar Askari of the powerful Team Turkey.

The ever-popular Male -68k g category looks will be a scorching competition with all the top seeds fighting in Taoyuan. They are: The hugely popular three-time world champion Dae-hoon Lee of Korea; firebrand former world champion Jaouad Achab of Belgium; the high-flying Alexey Denisenko of Russia, who appears to have fully recovered his form after striking gold at the last Grand Prix in Moscow; and Rio 2016 gold medalist Ahmad “The Desert World” Abughaush of Jordan.

The Male -80kg also looks to feature some smoking bouts. Rio 2016 gold Cheick Sallah Cisse of Cote d’Ivoire medalist sat out the Moscow Grand Prix with an injury but is now back in the thick of it. He is one of the fiercest fighters in taekwondo, but will be hard put to defend his top ranking against phenomenal Russian Maksim “The Red Machine” Khramtcov, who, on present form – he is a multiple Grand Prix and Grand Slam champ - looks near-invincible. Adding spice to the category is the number three seed, Moldova’s Aaron Cook, one of the most popular players in the game. Cook fights with an “old-school” style powerhouse brand of taekwondo and is a consistent winner of WT’s “Kick of the Year” award.

Taoyuan is the third Grand Prix of 2018, following earlier events in Rome, Italy, and Moscow, Russia. The next Grand Prix takes place in Manchester, GB, and the season’s grand finale is set for Fujairah, UAE.