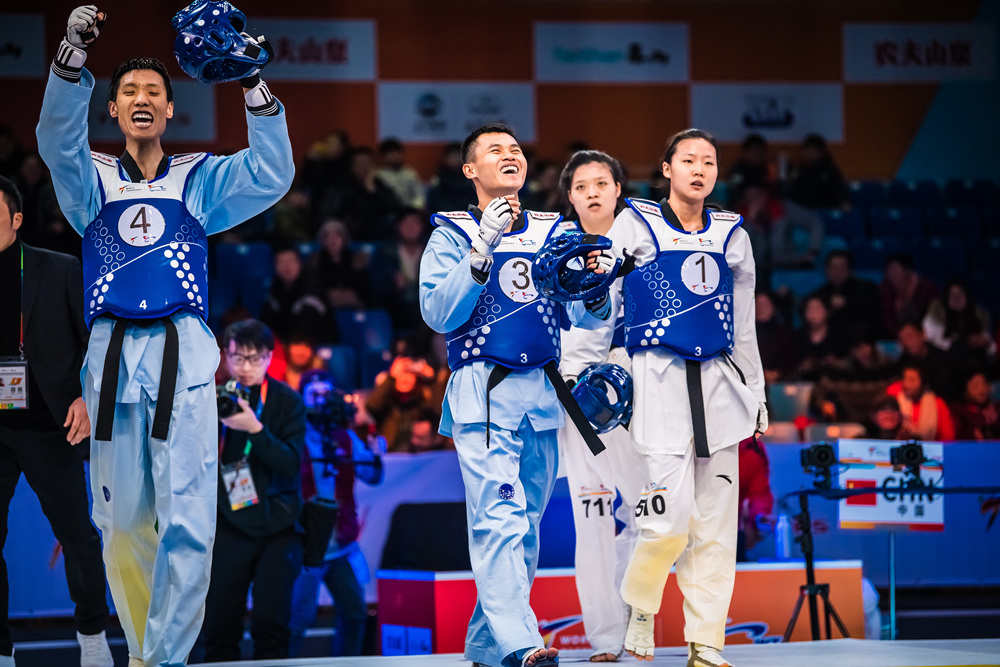 WUXI, China (Jan. 27, 2018) – An enthralling day of taekwondo team competition in Wuxi today saw Iran crowned as the World Cup Team Champions in the men’s event and China win gold in both the women’s and mixed team events.

After four weekends of individual competitions in Wuxi, it was the turn of the world’s best taekwondo teams this weekend. Huge crowds gathered, with China having a team in all three the men’s, women’s and mixed team events. A number of special guests were also in attendance including IOC Vice President ZaiqingYu who presented the medal to the mixed team winners. 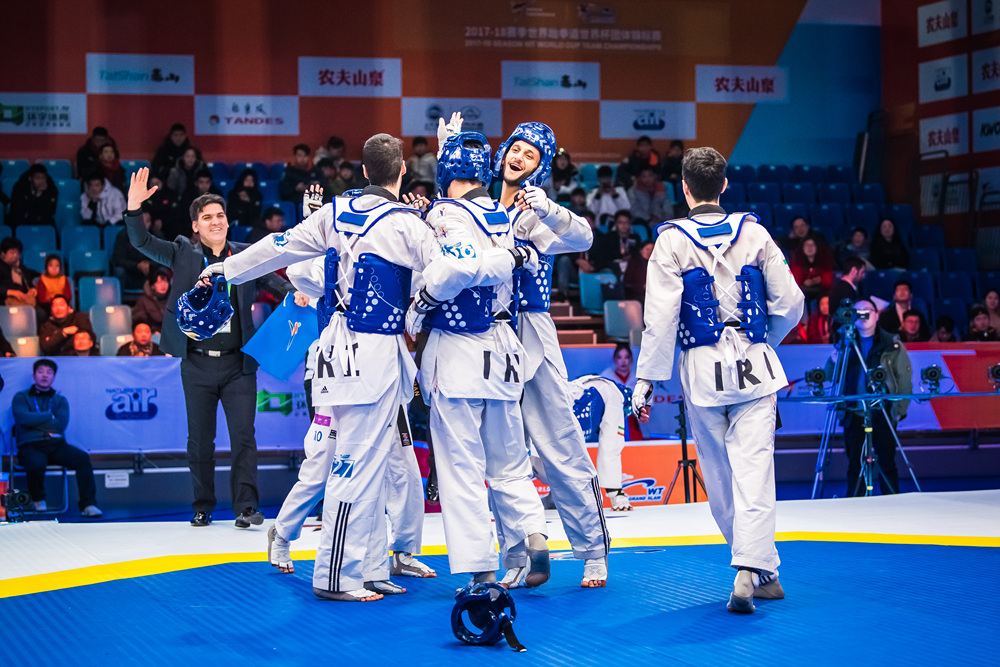 In the men’s team final, Iran, the winners of the Abidjan 2017 World Taekwondo Team Championships, faced competitions hosts, China. Iran had overcome Russia, runners up in the Abidjan 2017 Team Championships, in a tight and tactical semi-final with a score of 39-20; while, China beat Korea 76-63 in another close semi-final match. Iran went into the final as favourites but with the home crowd spurring them on, China could not be underestimated. A tight opening round daw Iran take a 16-8 lead. China were able to reduce the gap in the second round but a strong third round from Iran saw them go into the fourth round with a 42-25 lead. Iran ultimately proved too strong and won 76-56. 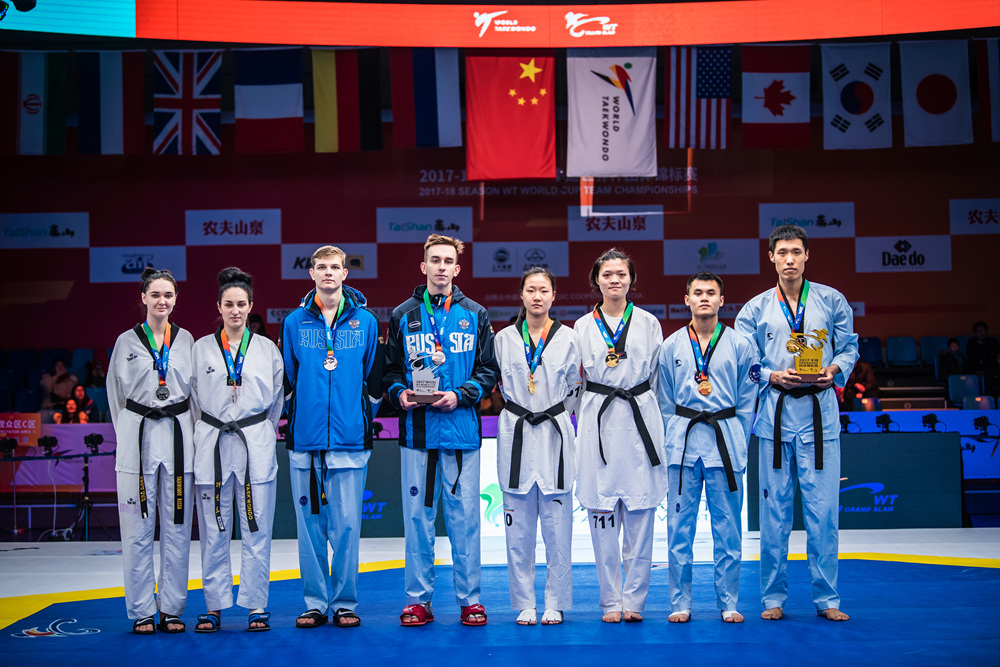 In the women’s team final, China, winners of the 2017 World Taekwondo Team Championships, faced up once again against Korea who they met in the final of the competition in December. China came out stronger and took an early lead in the first round which they extended in the second. Korea fought back in the third round getting some valuable points on the score board but struggled to cut down China’s lead and China went into the fourth round with a 36 point lead. In the final round, China’s lead was reduced but not by enough and the hosts finished the match as winners with a score of 53-17.

In the mixed team event, China met Russia in the final. Mixed team was first introduced at the 2016 World Team Championships as part of World Taekwondo’s commitment to gender equality and staging the most exciting events. Teams are made up of two male and two female athletes and matches consist of three rounds rather than four as in single gender competitions. The final was a very close and tactical match with both teams evenly matched. In the first round both teams defended well and it finished 3-2 to China. In the second round Russia took the upper hand but with the score at 8-7 to Russia the match as still very much in the balance. Both teams stepped up the intensity in the third round. China led for most of the round but a head kick saw Russia take a one point lead with 13 seconds to go. A Gam-jeom against Russia brought the score to 18-18 and with just two seconds remaining of the match China landed a head kick to go 21-18 up and take the gold medal. 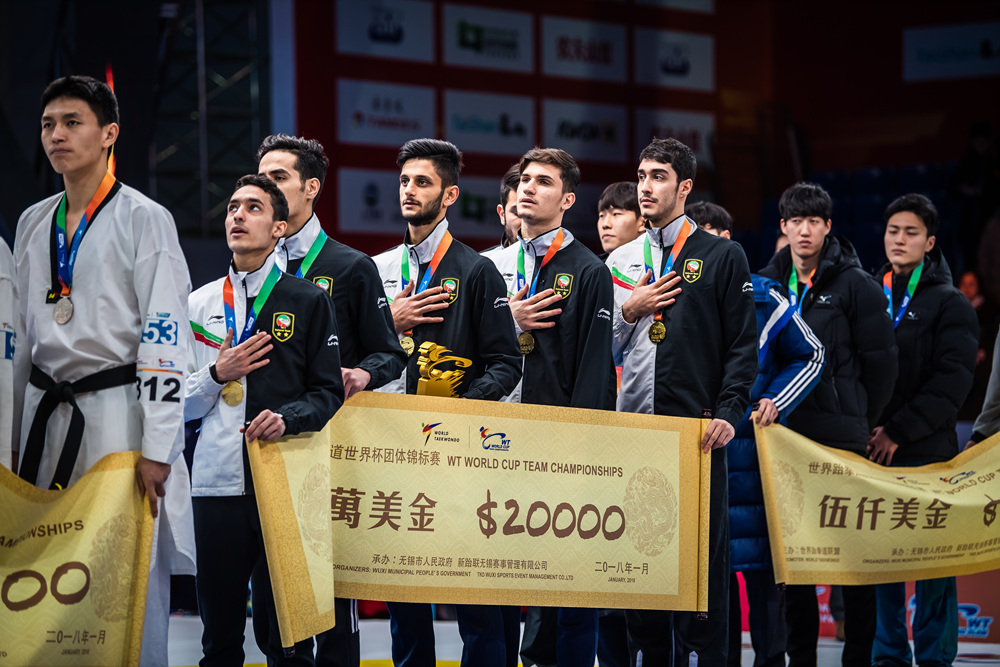 “Today has been another fantastic day of exciting taekwondo competition. Team Championships bring a completely different dynamic to the sport and we are seeing a real growth in the discipline’s popularity around the world. Today showcased what makes team competitions so enjoyable to watch with many fast-paced and high-scoring matches.

“I would like to take this opportunity to thank Wuxi and the Chinese Taekwondo Association for hosting such a fantastic Grand Slam over the last five weeks. It has been a fantastic series which has set the benchmark for future competitions. I hope the next Grand Slam will be as good if not better. I would also like to thank IOC President Thomas Bach and IOC Vice President Zaiqing Yu for the support they have shown for the Grand Slam and to the Chinese and international media who have covered the event.”