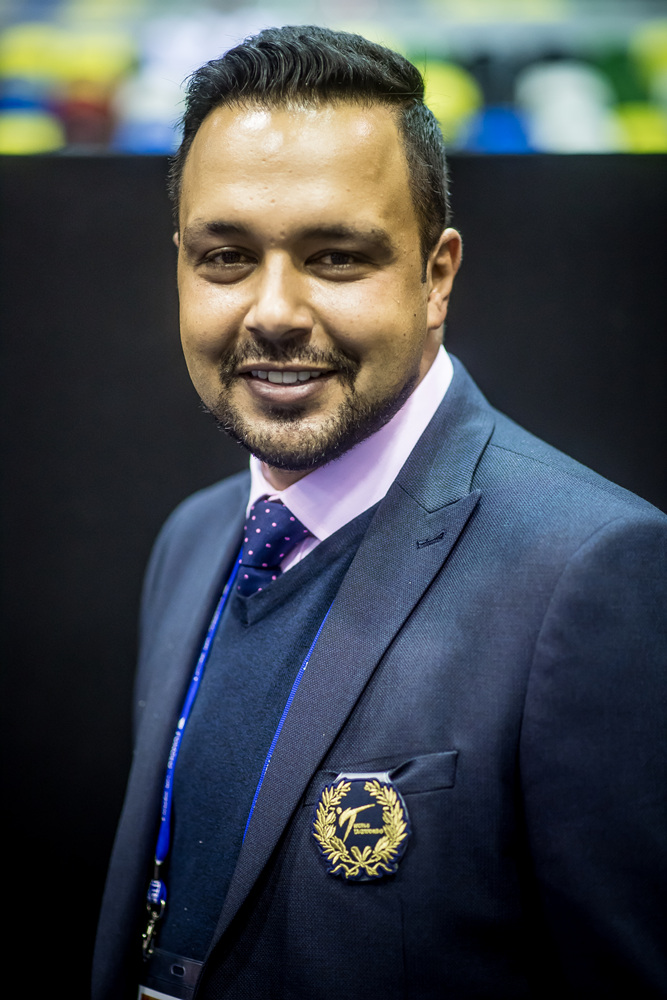 (October 31, 2017) - Coming off the back of one of the best ever World Taekwondo Championships in Muju and the very successful Rio 2016 Olympic Games, there is a lot for World Taekwondo to celebrate. However, speaking to the World Taekwondo Games & Equipment Committee Chairman Mohamed Shaaban it is clear that the federation is taking nothing for granted as it focuses on evolving and improving the sport.

Speaking from London’s Copper Box Arena during the World Para Taekwondo Championships and Grand Prix Series, Shaaban expressed the Committee’s dedication to “enhancing the game” and identifying reforms that “can make a big impact and make the sport more entertaining.”

One such reform was  trialled for the first time ever during this week’s World Taekwondo Grand Prix Series 3. During the semi-final and finals a visual ‘Power Bar’ was displayed around the venue to show the spectators the level of force with which an athlete hits his opponent. The power bar fills depending on the strength of the kick or punch, with the strongest strikes filling the bar completely.

“It is like in the video games,” Shaaban explains. “Visually it tells the spectators if the hit is valid but is not at the level that will result in point. We are trying to make the game more entertaining for spectators here in the stadium and also at home. Visual effects will make the game easier to understand for the people who are not experts in taekwondo.” To begin with the power bar will only be used in the venues, but if it proves successful it will be rolled out into broadcast as well.

It is not just the introduction of new technologies that the Committee is looking into but also the development of existing technologies. The PSS has revolutionized the sport but Shaaban explains they are still looking to see how it can be enhanced to eliminate the small number of errors the PSS produces. They are also exploring ways to develop it further.

“We are trying to develop the electronic system to match all the taekwondo techniques. This would be done in a way that assesses the technical difficulty of the technique and provides the scoring that is equivalent to that technique without any human intervention.”

From a more traditional standpoint, the Committee is also reviewing the uniform and what changes might make it more engaging with fans. “We are looking at possibly changing the uniform in a more entertaining manner which also meets the taekwondo tradition.” This could one day even include allowing athletes to customize their own uniforms, making them instantly recognizable to fans.

Shaaban explains that the Committee’s commitment to enhancing fan engagement and entertainment extends beyond the field of play. They are also educating athletes on how to interact with the cameras when they come onto the field of play. “There is a lot of value as they come in interacting with the game. It also adds some suspense. The music when they enter will of course continue.”

Across the work of the Committee and the numerous innovations and reforms they are trialling or discussing, Shaaban makes it clear that the focus is always on “excellence and execution.”

“We are going to make sure that whatever competition we are running it runs with the highest standards following our protocols and at the same time making sure it is smooth without any technological problems.”