World Taekwondo deeply regrets this situation, which has occurred despite significant efforts by World Taekwondo and the International Olympic Committee to allow the participation of all athletes at this event, reflecting the fundamental principles of the Olympic Movement.

As a member of the Olympic Family, we believe it is important to always respect these principles

We believe that sport should be a bridge between cultures and peoples and not a barrier. We saw sport’s power to unite nations at the Pyeongchang Olympic Winter Games where the joint-taekwondo demonstration between World Taekwondo and ITF, joint march of North and South Korea in the Opening Ceremony, and the historic Unified Korean women’s hockey team has led to the current reconciliation talks between the two countries.

We are now in discussions with the IOC, the Tunisian Taekwondo Federation and local organizers regarding how to come to some solution for this situation. This includes solutions regarding the qualification of the Israeli athletes to the Youth Olympic Games Buenos Aires 2018 so they are not disadvantaged.

We hope that with continuing engagement the healing of these differences will also be possible in the future. 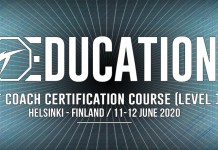 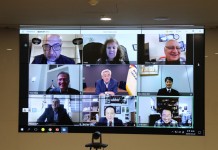