SEOUL, Korea (Dec. 5, 2016) – China’s Huamin Charity Foundation has committed to donate USD600,000 to the Taekwondo Humanitarian Foundation, or THF, and the World Taekwondo Federation, or WTF, to establish taekwondo academies for refugee children.

The money will be used to establish purpose-built taekwondo facilities in Jordan, Rwanda and Ethiopia over the next three years. The three academies will be run by the WTF and its associated charity initiative, the Switzerland-based THF.

Lu Dezhi, chairman of the Beijing-based Huamin Charity Foundation, flew to Seoul to sign the donation contract at the headquarters of the World Taekwondo Federation with WTF and THF President Chungwon Choue, on Dec. 4, 2016.

On Dec. 5, he delivered a special lecture at the Kyung Hee University Suwon Campus under the title “Donation Culture and Global Co-existence Strategy in the 21st Century.” 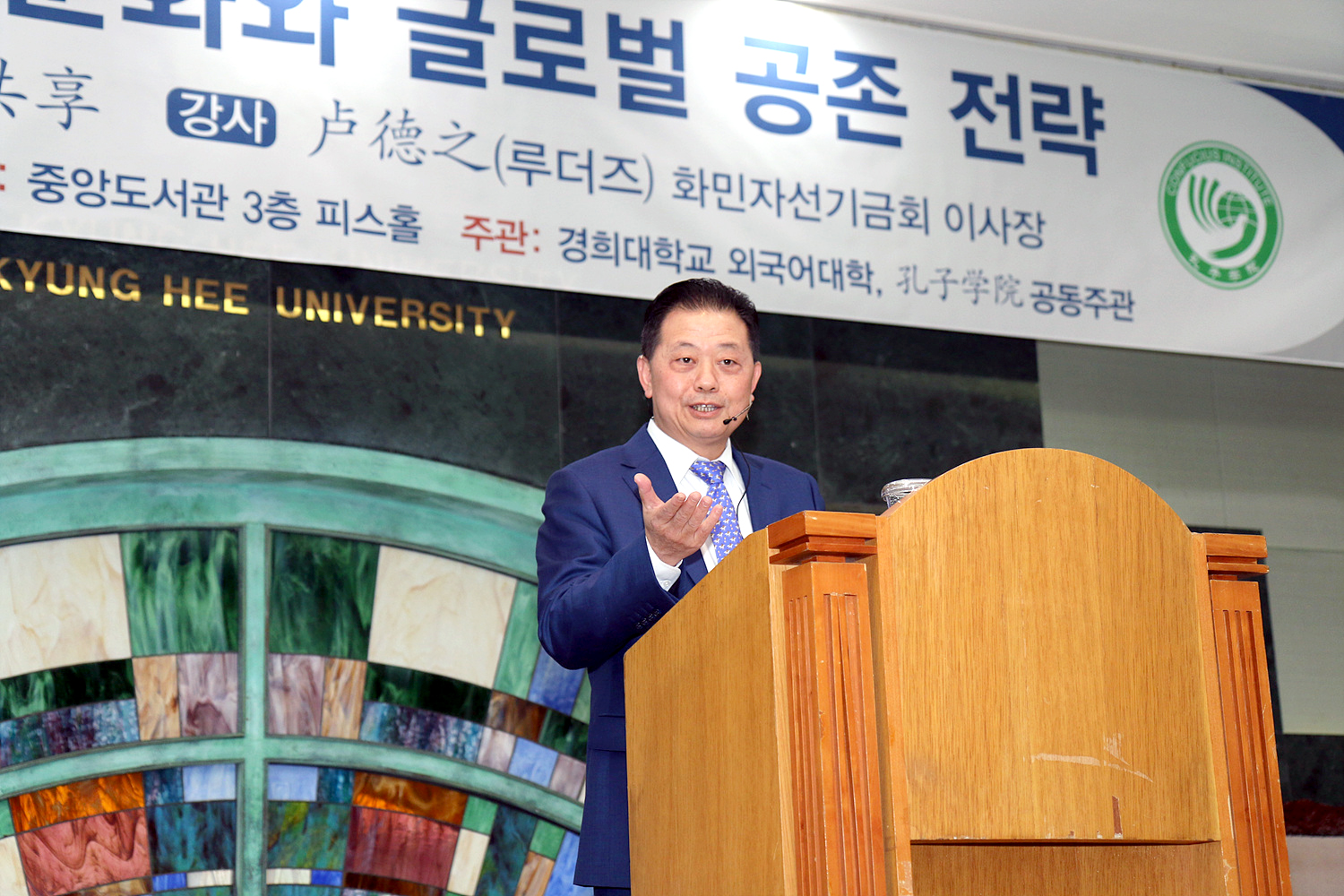 Lu expressed his pleasure at cooperate with Choue in the charity activities of the THF, saying that his first visit to Korea will be a good memory. He promised that the Huamin Charity Foundation will continue to cooperate for this cause based on China’s principle of streategic co-existence.

“I want to express my deepest gratitude to Chairman Lu, a true philanthropist,” said WTF and THF President Choue. “His donation will be well spent, helping to empower some of the most powerless people on earth: refugee children.”

The THF, which was established with Choue as its president in April 2016, has the mission of empowering refugee children by teaching them the sport and martial art of taekwondo. As one of the most economical and easily deployed sports on earth – one that requires virtually no equipment – it is ideal for refugees, who often have little or nothing to do all day.

“Taekwondo teaches physical fitness, self-defense, self-confidence and self-belief, and is a gift that, once given, cannot be taken away: It can be practiced by anyone at any time and any place,” said Choue. “Alongside taekwondo, we also teach classes on Olympism and global citizenship using a bespoke ‘edutainment’ syllabus designed for us by academics at Belgium’s Leuven University.”

The WTF and THF are already operating a taekwondo academy in a CARE facility in the Azraq camp for Syrian refugees in Jordan. The Huamin funds will be used to build a purpose-built taekwondo academy.  Following that, another facility will be built in Rwanda and Ethiopia.

“These academies are specifically designed for taekwondo, but our aim is to align with other relevant stakeholders in refugee relief,” said Choue, who has floated the idea of a multi-sport initiative for refugee camps. “So, if other sport organizations or NGOs need a physical facility in camps, once these taekwondo academies are built, we may be in a position to assist them.”