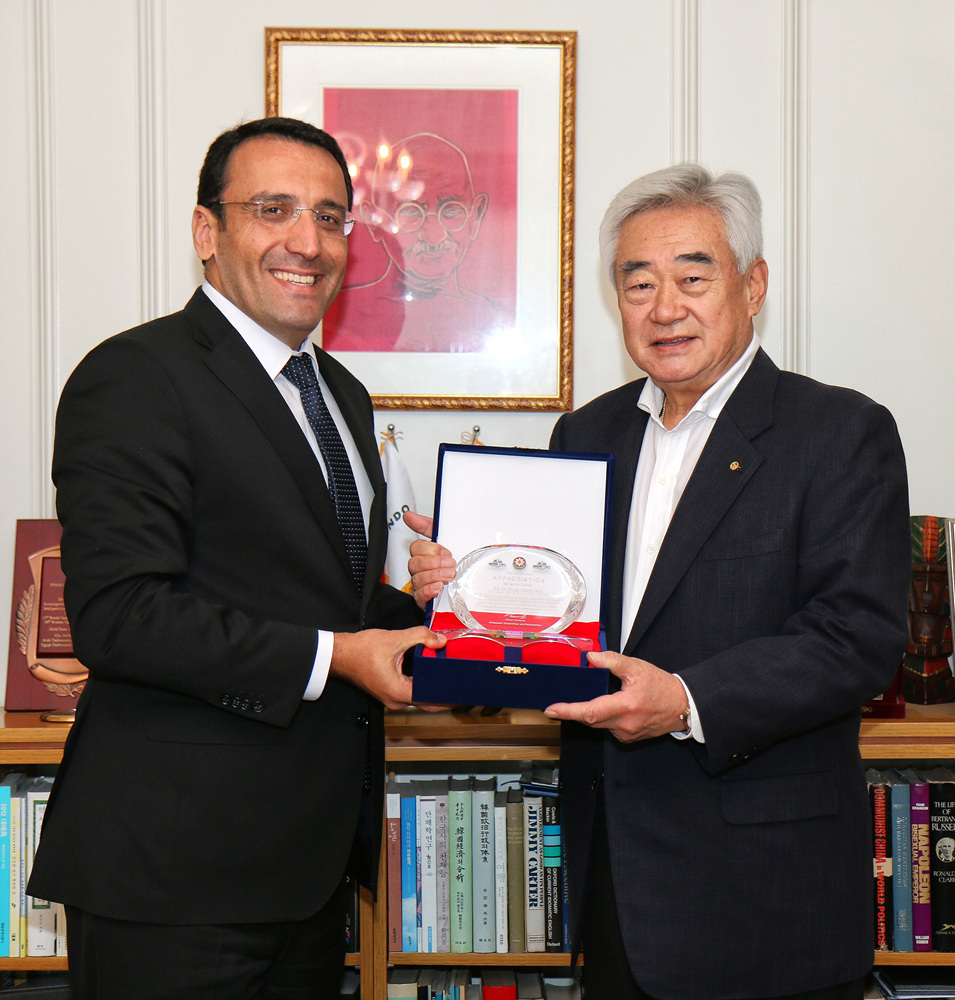 SEOUL, Korea (Oct. 16, 2017) – The Republic of Azerbaijan presented WT President Chungwon Choue with a plaque of appreciation today for promoting taekwondo in Azerbaijan.

The plaque was presented to Choue by Baku’s Ambassador Extraordinary and Plenipotentiary to Seoul Ramzi Teymurov. The award was made on the occasion of the 25th anniversary establishment of diplomatic ties between two countries.

The republic on the Caspian Sea is a rising force in taekwondo, having hosted last year’s World Taekwondo Grand Prix Final and Gala Dinner event in the capital, Baku. Azeri player Radik Isaev won gold at the Rio Olympics in the heavyweight category, and his team mate, Milad Beigi Harchegani is one of the most dangerous players in the game, and current world champion.