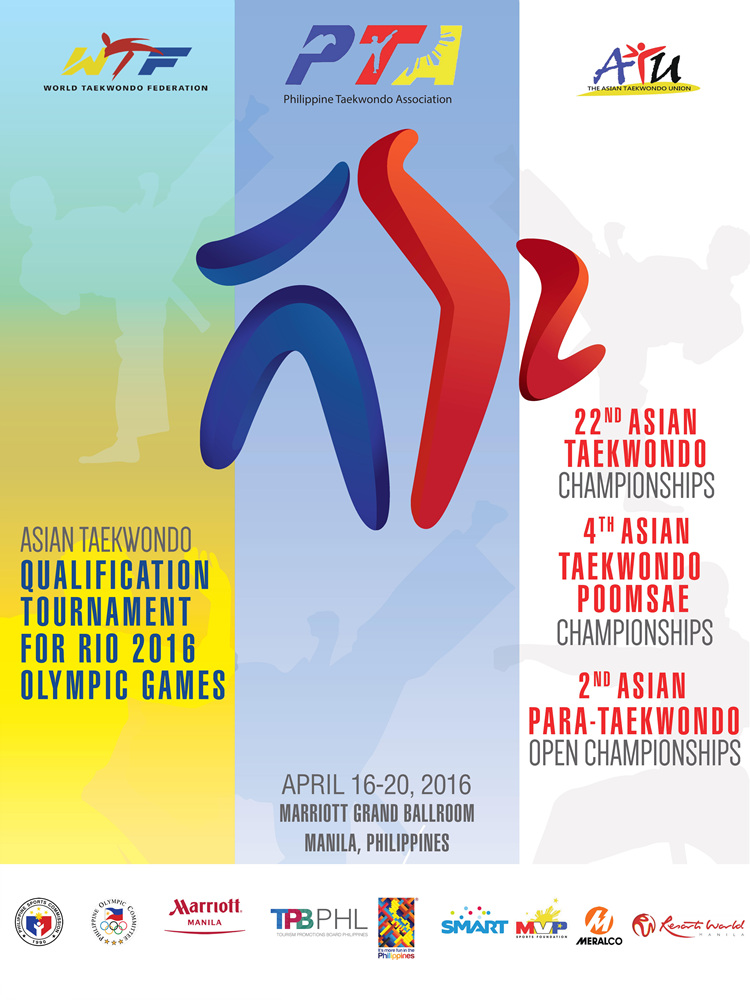 Asia’s best taekwondo athletes will travel to Manilla, Philippines this week with the hope of securing one of the final 16 Olympic qualification places for Rio 2016, offered at the Asian Qualification Tournament.

A total of 98 athletes from 36 countries across Asia will compete in eight Olympic weight categories (four male and four female) during the tournament, which will be held in the Marriot Hotel Convention Center over April 16-17. The winner and runner up of each weight category will claim a vital Olympic qualification place for their respective countries.

Thirty international referees will participate, supported by the instant video replay system and PSS (Protector, Scoring System) to ensure fair and transparent competition. The tournament is the final Continental Qualification Tournament to take place ahead of Rio 2016 and is the last chance for athletes to secure Olympic qualification, with 108 places having already been awarded.

A total of 128 taekwondo athletes will compete in Rio. The best 48 fighters won quota places for Rio 2016 at the end of last year via ranking points accrued in WTF tournaments, most notably in the World Championships and World Taekwondo Grand Prix series. Once the Asian Qualification Tournament has concluded, 72 athletes will have qualified via the five Continental Qualification Tournaments. Of the remaining eight places, four are automatically awarded to Olympic hosts Brazil and four wild cards are still to be decided and distributed.