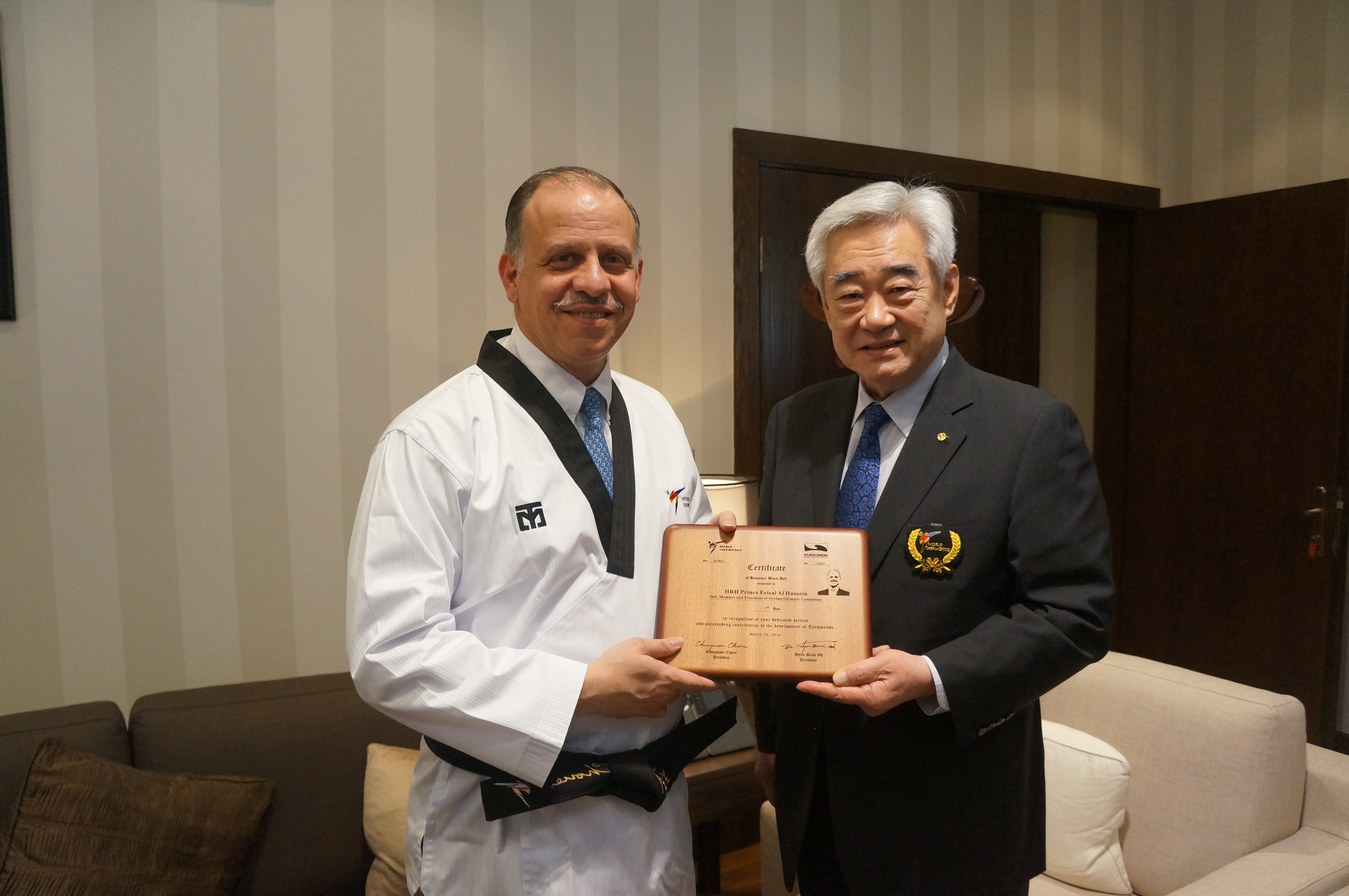 The honour was presented to HRH Prince Feisal in recognition of the significant contribution he has made to the development of taekwondo in Jordan.

Taekwondo in Jordan has developed enormously in recent years. At Rio 2016 the country won its first ever Olympic medal in any sport in taekwondo with Ahmad Abughaush claiming gold in the men’s 68kg.

Taekwondo has also played an important role in social development in the country with the Taekwondo Humanitarian Foundation operating a project in the Azraq Refugee Camp since 2016. The project has been a great success and currently 80 boys and girls train at the academy twice a week where they learn key skills on and off the mat. 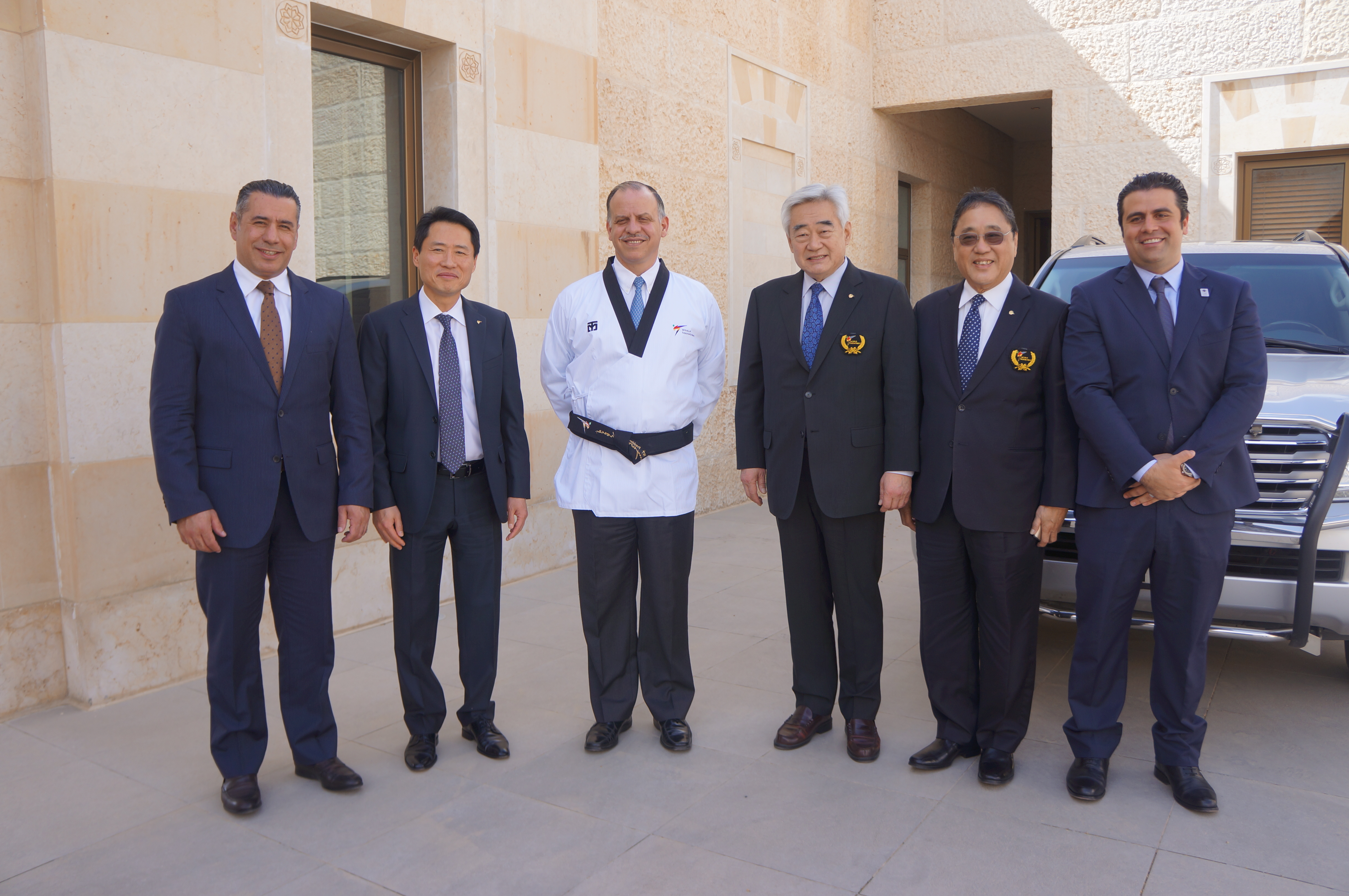