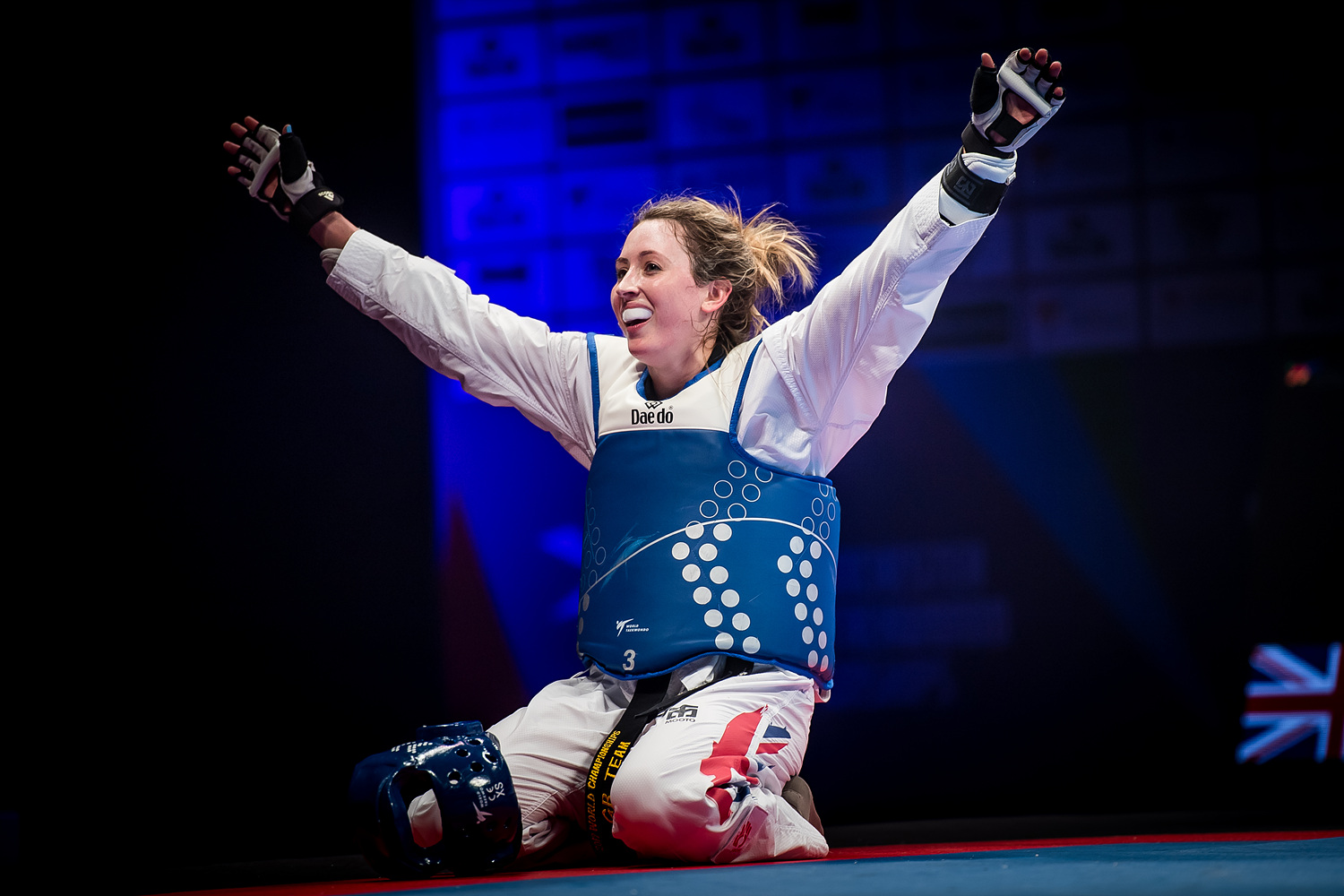 Each World Champion was awarded their medals in the evening with IOC President Thomas Bach in attendance. Thailand’s Panipak Wongpattanakit and Italy’s Simone Alessio won gold in the women’s -49kg and men’s -74kg respectively, with Great Britain’s Jade Jones winning her first ever World Championship in the women’s -57kg. The silver medals were won by Jordan, China and Korea.

The first final of the night was the women’s -49kg with Rio 2016 Olympic silver medalist Panipak Wongpattanakit taking on two-time Olympic champion Jingyu Wu of China who had recently returned from retirement. 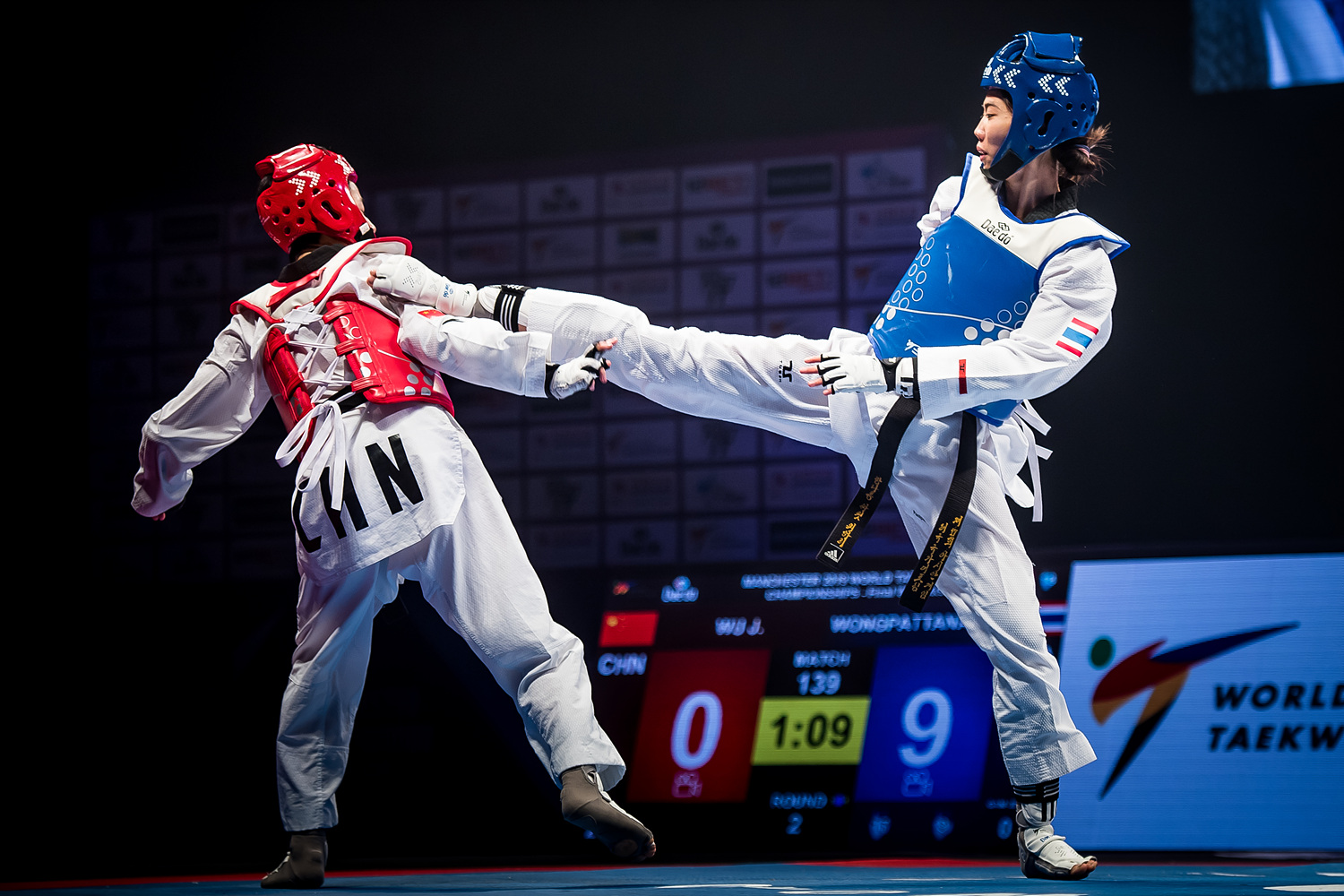 Jordan’s Rio 2016 gold medalist Ahmad Abughaush and Italy’s Simone Alessio started the second final of the evening in an intense fashion, with Alessio scoring 6-1 with a head shot, body shot and punch. The second round brought just as much intensity as the first as Alessio used his 19-inch height advantage to aim for his opponent’s head. 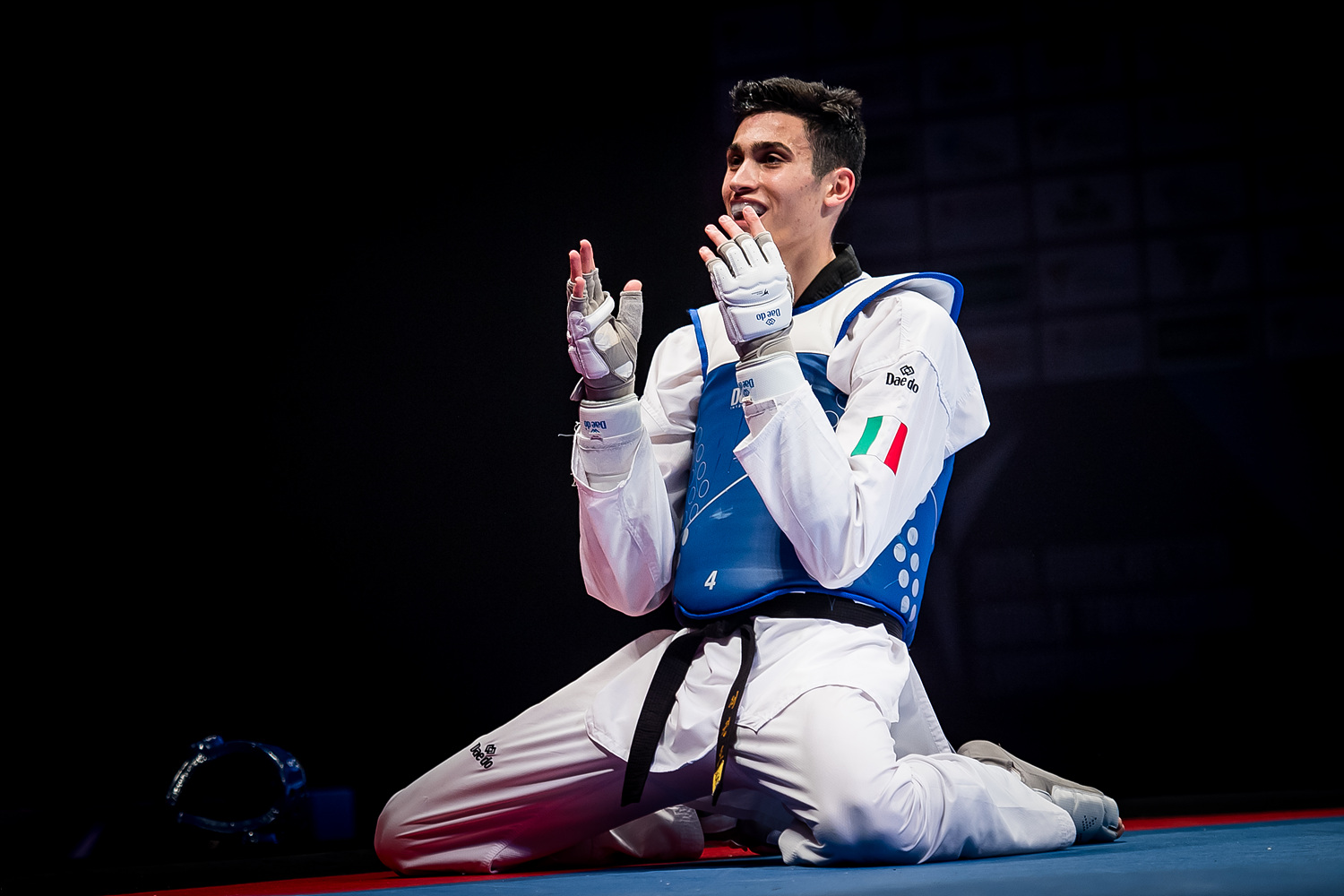 Abughaush fought back with four punches but still had a way to go to catch up. The second round finished 14-7. The final round saw both sides really pushing to win, both colliding together. With 25 seconds to go Abughaush caught up landing a series of punches, but was ultimately defeated by Simone Alessio who took his first World Championship gold, winning 18-11.

The bronze medals were won by Spain’s Daniel Quesada Barrera and Kairat Sarymsakov from Uzbekistan.

The most anticipated final of the night was between Great Britain’s two-time Olympic Champion Jade Jones and Korea’s Ah-Reum Lee. Jones scoring the first two points with a body kick in the first four seconds. Lee opened her scoring with a punch but Jones quickly replied with a punch of her own to take the score to 3-1.

The second-round saw Jones score with three body shots and finished the round in the lead 10-3. Lee forced Jones into conceding two Gam-Jeons but Jones hit back with a body shot. With less than 30 seconds to go, Lee gave it her all but Jones’ defending proved too good and she took gold, winning 14-7.

Skylar Park of Canada and Lijun Zhou of China won the bronze medals.

In the men’s -63kg it was China’s Shuai Zhao and Iran’s Soroush Ahmadi who progressed to tomorrow’s finals.

To kick the fourth night of competitions off, Iordanis Konstantinidis from Germany took on China’s Shuai Zhao. Zhao took the first point of the match with a punch, followed by a body shot. Konstantinidis fought back but was not able to register a point, and the first round of the evening finished 5-0. 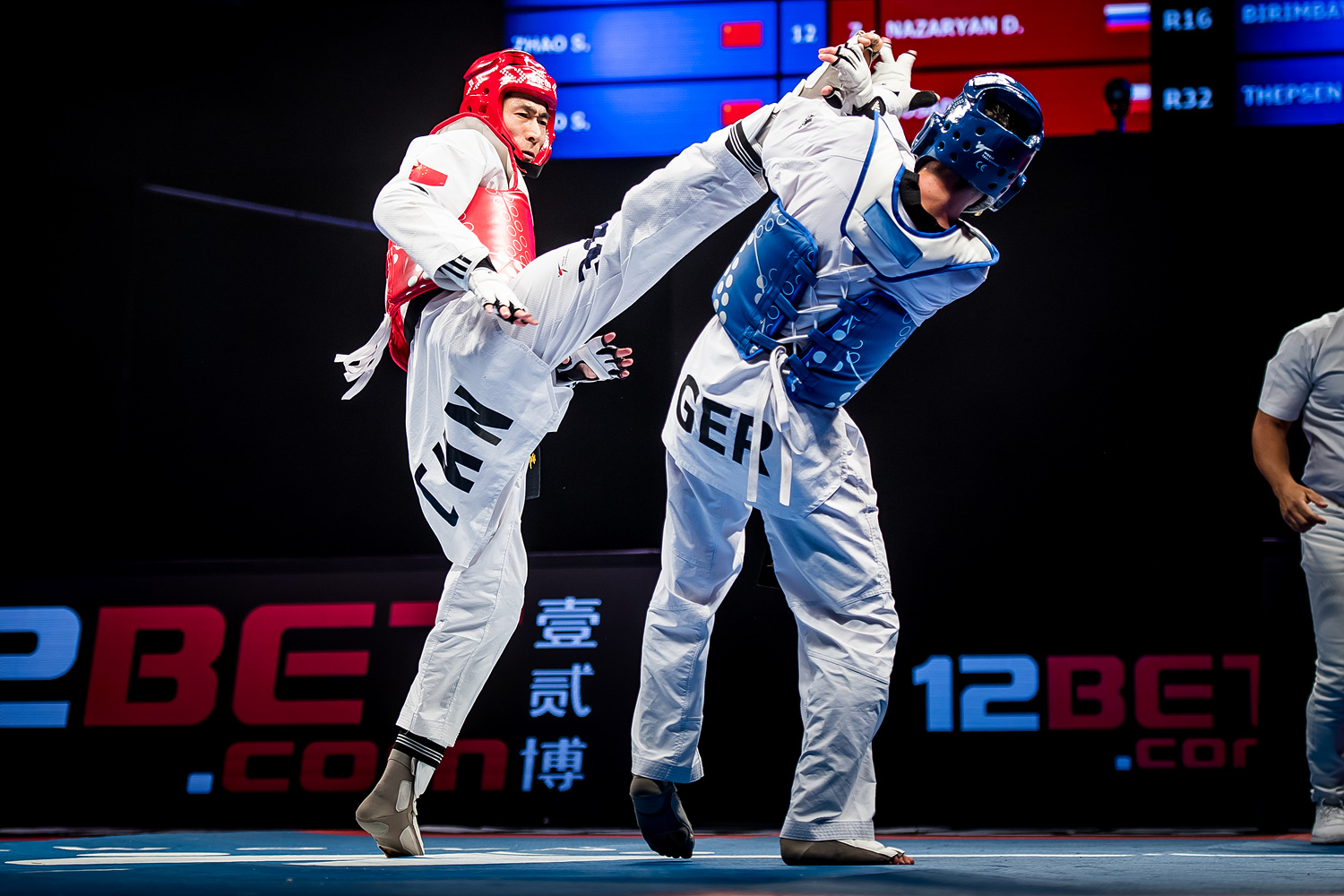 Zhao kicked off the second round with multiple body shot attempts and took another point from a successful punch. In the final round Zhoa tried his luck with a headshot but just missed. At the end of the round the score was 10-8 and Zhoa was through to the finals. The second semi final was between Soroush Ahmadi from Iran and Jaouad Achab from Belgium. At the end of the first round the score was 0-0. The second round brought some intense kicks and punches, finishing 3-1 to Ahmadi. Int the final round both sides scored points from punches, but the score finished 6-3 and Ahmadi advanced to the finals.

Kudashova and Aaliyah Powell of Britain took to the stage for the second semi final of the night. Kudashova scored the first 12 points with body shots, punches and a headshot finishing the first round 12-0 up. In the second round Kudashova proved her strength, pushing the score up to 25-3. During the final round Powell tried but could not catch up, as Kudashova advanced to the final winning 38-5. 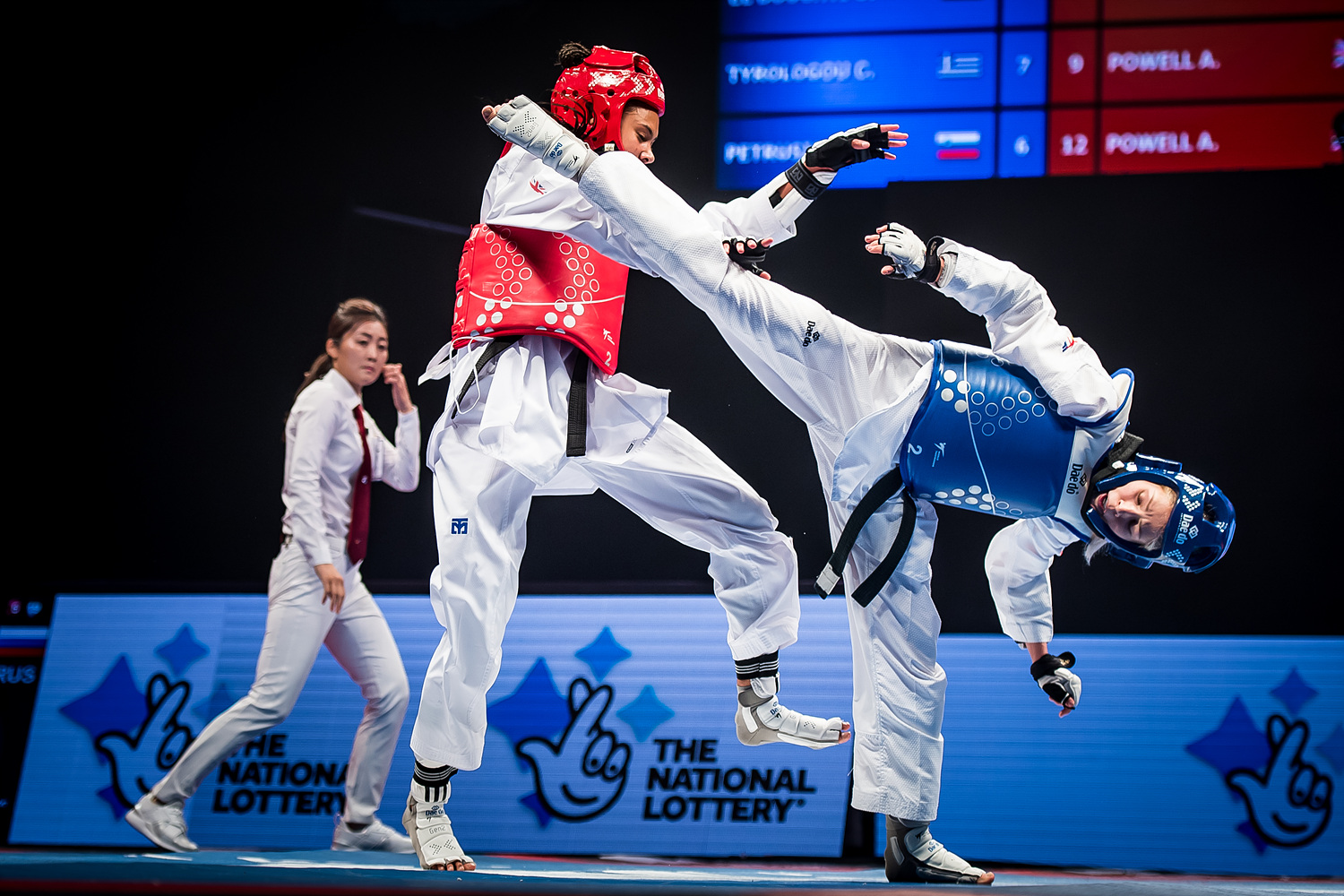 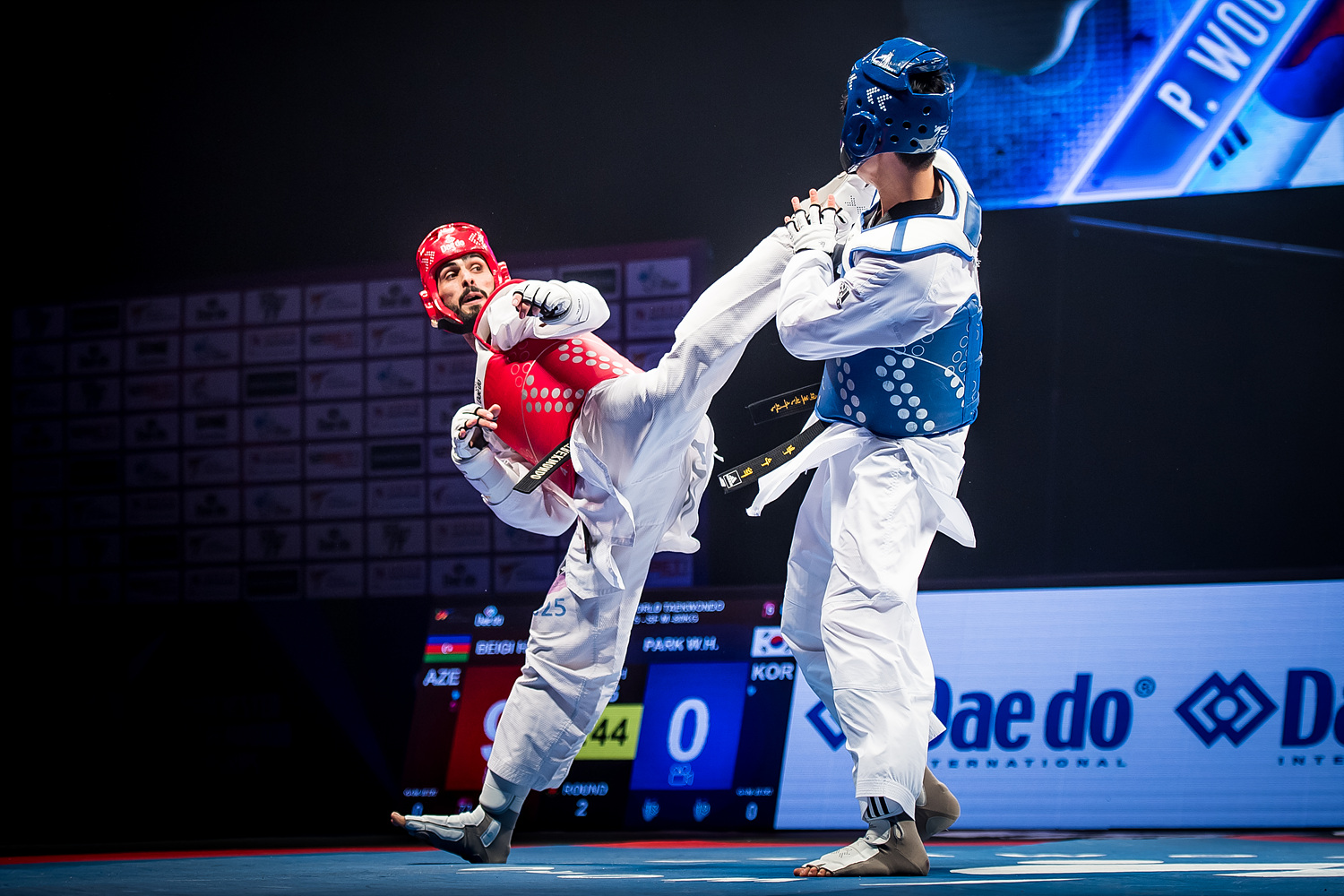 Tatar Askari took on Brazil’s Milena Titoneli, but the first round finished 0-0. During the second round Tatar Askari who came out on top as she scored five points. 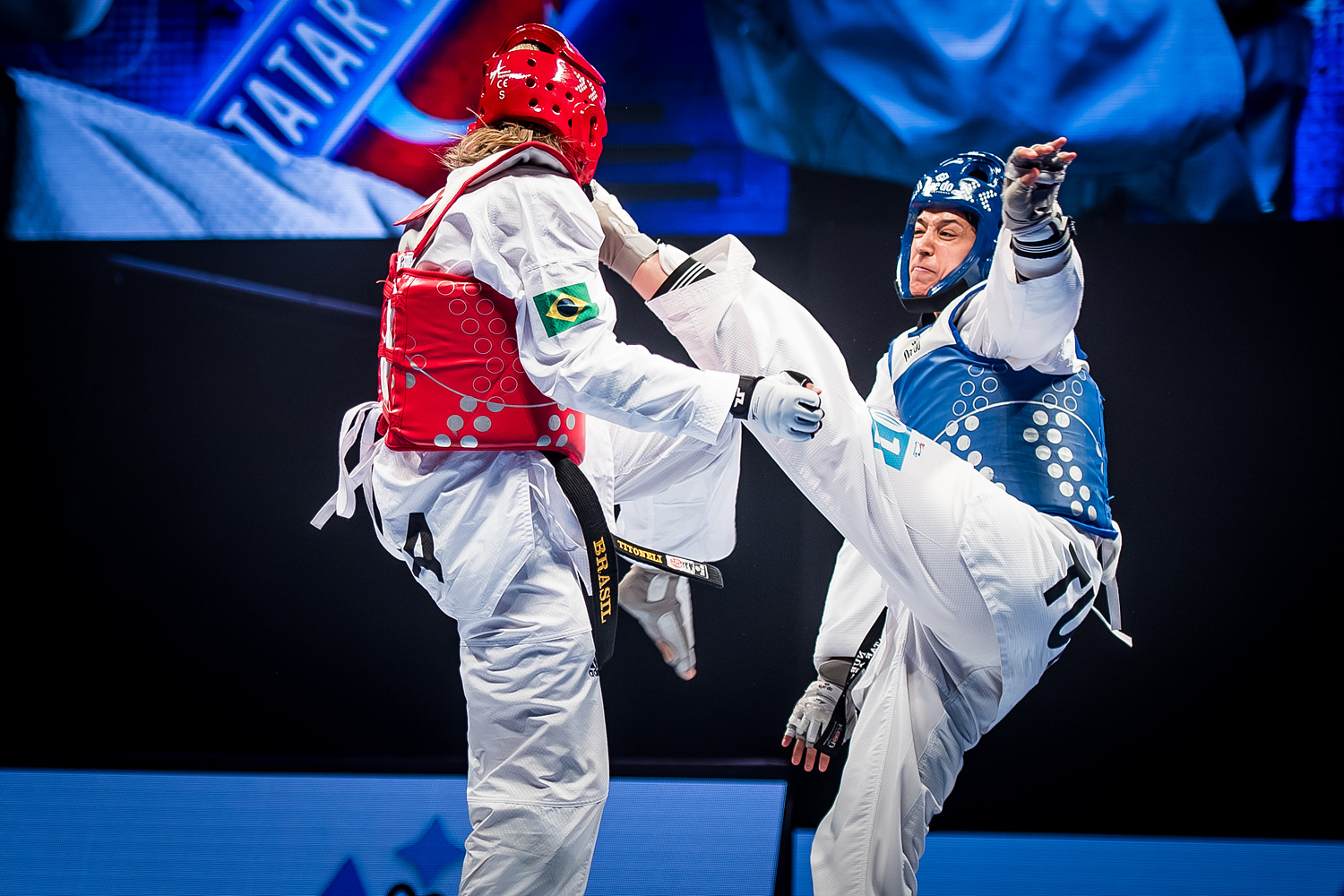 In the final round Tatar Askari hit the Brazilian with a spinning body and a head shot, to maintain her lead. Titoneli tried to fight back with a punch but it was not enough, as Tatar Askari progresses to the final winning 20-3. The last semi final of the evening was between Farida Azizova from Azerbaijan and Zhang. The first round ended 0-0 but the second round quickly saw eight points awarded to Zhang as she landed two body shots, a punch and a head shot. In the final round Azizoza registered her first points of the match with a head shot and a spinning body shot but it was too little too late and Zhang progressed to the finals, winning 15-5. 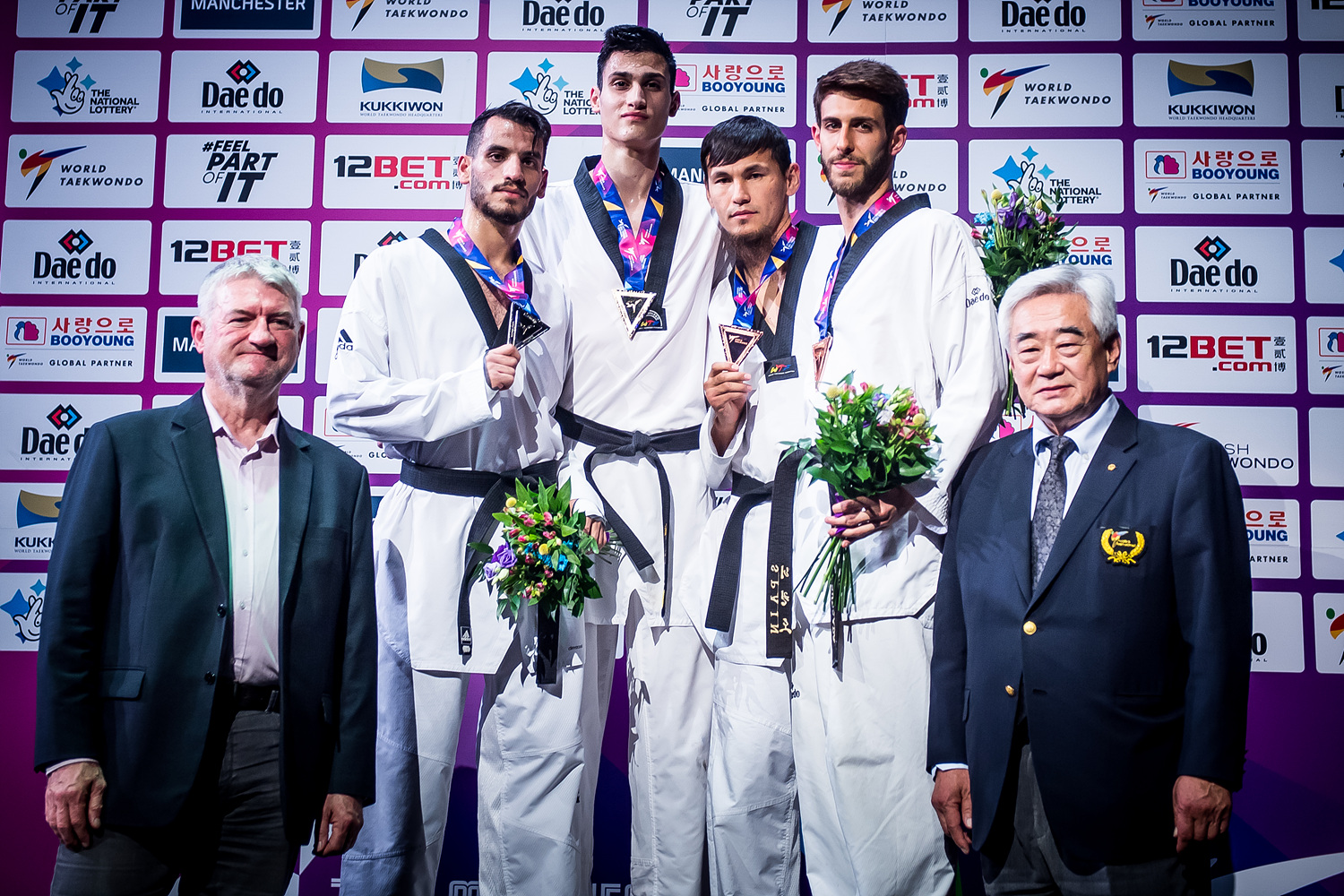